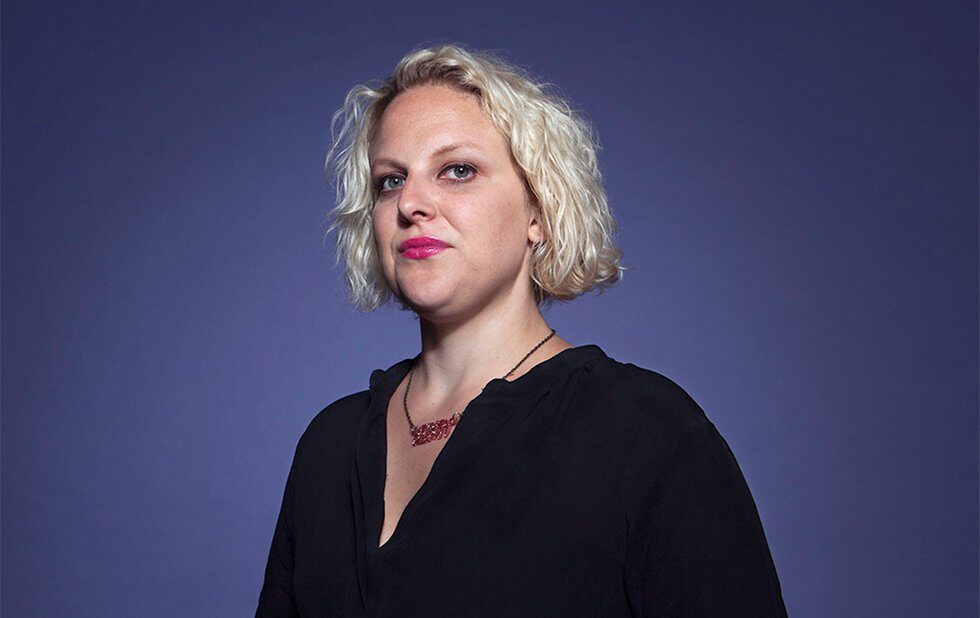 Mandi Gray is cautiously optimistic about #MeToo, and rightfully so. After Mustafa Ururyar was convicted of sexual assault in 2016, a year later – around the same time the #MeToo movement started gaining momentum – that conviction was overturned and the charges withdrawn.

“My sexual assault trial was at the height of [Jian] Ghomeshi when we heard similar lines of believing women. That was a direct contrast to my experience,” she says.

So on the phone with Gray to talk about Slut Or Nut: Diary Of A Rape Trial, which premieres at the film festival on May 2, I hesitate to say, “Congratulations.”

It seems inappropriate considering the local documentary by Kelly Showker recounts Gray’s ordeal with Ontario’s educational and judicial systems while trying to hold a man accountable. Instead, I stumble over a few words before sheepishly offering my praise – and then immediately apologize.

Gray laughs and says, “Thank you,” before explaining that in the past three years, she’s heard it all.

By the time audiences see Slut Or Nut, less than six months will have passed since Ururyar agreed to sign a peace bond. Gray refused to participate in a retrial. For Gray, she’s attempting to move on with her life, and that begins by telling her story on her own terms.

“So much of my life is guided by the shame of what’s happened, and I reached a breaking point,” she explains. “Having a sense of humour and a support system have helped me not worry about regretting anything.”

Gray began documenting her journey by writing in a journal, and when that got exhausting, she filmed short video diaries on her phone.

“I started documenting largely because I was getting a lot of run around from the university, so I documented all the conversations I had and what was being said to me,” she says.

Eventually, Gray met filmmaker Showker, who expressed an interest in helping her tell her story. Gray was keen on having input in every step of the process, and says that collaborating with Showker helped her regain the agency she lost during the trial.

“What was cool about it was it was on my own terms,” she adds. “It gave me my power back.”

They also bonded over wanting to help raise women’s voices. The majority of the film crew and the entirety of the art and music department was composed of women-identified folks, many of whom are also survivors of sexual assault.

One of the collaborators, Toronto-based artist Hana Shafi (also known as @FrizzKidArt), contributed colourful illustrations of affirmations used throughout the documentary.

Shafi’s online popularity, especially on Instagram, has grown since the start of the #MeToo movement, and Slut Or Nut’s release could not be more perfectly timed as a result.

Gray hopes the film adds to the urgent conversation by helping reduce the stigma around sexual assault and shine a light on the issues with our judicial system.

“At the end of the day, I want people to recognize that statistically it’s likely they know somebody who’s experienced sexual assault,” says Gray.

“Maybe they have misconceptions of what a survivor looks like and what they should do, and I really hope the film challenges that.”