Scorsese, Marvel and the elusive definition of “cinema” 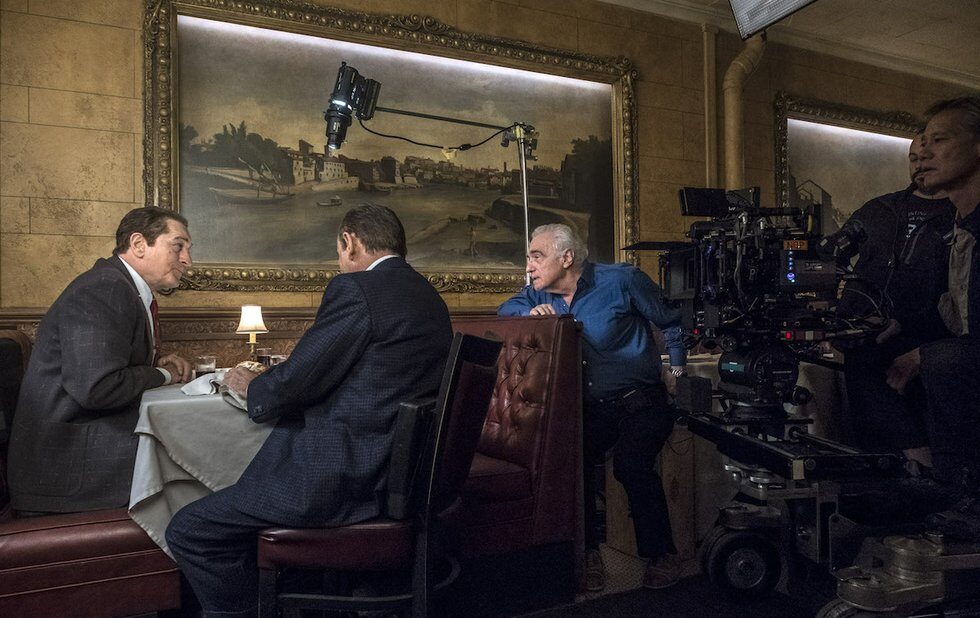 Martin Scorsese’s The Irishman and Avengers: Endgame have a lot in common. Both are big-budget, star-studded, special-effects-heavy epics clocking in at over three hours. And both are time-travelling reconsiderations of the past.

The Irishman is elegiac, revisiting a mob hit man’s memories throughout the last 50 years in American history while channelling Scorsese’s own storied work in this genre and taking it to a contemplative and melancholic new place. Avengers: Endgame is a nostalgia trip that revisits the last decade of Marvel movies and pats itself on the back for a brand well done.

This comparison may not go over well given the overblown beef between Scorsese and Marvel fans, which began with The Irishman director comparing the Marvel Cinematic Universe to amusement park rides and snowballed into the blistering op-ed the filmmaker wrote in the New York Times this week.

Beyond comparing Marvel movies to rides, Scorsese went on to say the superhero films are not cinema. That’s a more contentious argument and perhaps also at the root of the iconic filmmaker’s frustrations. After all, it is Scorsese’s movie that will soon be on Netflix, skipping the cinematic experience altogether in most cities.

“[Marvel] isn’t the cinema of human beings trying to convey emotional, psychological experiences to another human being,” Scorsese said in the Empire Magazine interview that initiated this brouhaha.

He followed that up with an op-ed in the New York Times on November 5. “Many films today are perfect products manufactured for immediate consumption. Many of them are well made by teams of talented individuals,” he wrote. “All the same, they lack something essential to cinema: the unifying vision of an individual artist. Because, of course, the individual artist is the riskiest factor of all.”

The director’s assessment shouldn’t summarily apply to all Marvel movies. Black Panther is an exceptional circumstance – director Ryan Coogler’s imprint is felt despite the domineering authorship of the Marvel brand. But Scorsese’s point stands, especially when you compare Marvel movies with the The Irishman.

Scorsese adapts Charles Brandt’s contentious novel, I Heard You Paint Houses, which chronicles the life of Frank Sheeran, the man who claims to have killed Jimmy Hoffa. To tell this story, Scorsese rounded up his regulars from Raging Bull, Goodfellas and Casino. Robert De Niro, who brought the project to Scorsese, plays Sheeran. Joe Pesci comes out of retirement to play Pennsylvania mobster Russell Bufalino, a spectacular performance that’s far quieter than anything he’s done before. Al Pacino joins Scorsese’s crew as Hoffa.

Smaller roles are filled out with actors Scorsese has collaborated with throughout his career, from Mean Streets to Boardwalk Empire. In true auteur fashion, the film plays like an accumulation of his work it’s an intimate and sombre final chapter in a string of classics. It feels that way, even if it’s not his last.

At three-and-a-half hours, The Irishman is a ruthlessly slow memory piece. Sheeran looks back on his life, mulling over every job, relationship and choice he’s ever made (even if at the time they never seemed like choices). He contemplates how these decisions have chipped away at his soul and what he’s left with by the end, when he’s sitting alone in a retirement home, keeping secrets from nobody because everybody’s dead.

The opening shot is a callback to the Copacabana shot in Goodfellas that followed Henry Hill’s backdoor entrance into the high life. Only here, the tracking shot explores a senior home, finding Sheeran in a wheelchair. The movie begins at the end and feels like it’s populated by ghosts. Many characters enter the movie just as onscreen text briefs us on how they die. People’s deaths are introduced before they are, ensuring that every encounter carries the weight of an obituary. When death is a foregone conclusion, you don’t get the usual adrenaline rush as you do when someone’s life hangs in the balance.

The Irishman is greatness. It’s the best kind of cinema. But is it even cinema? Cinema can mean the art and industry of film and movies as a whole. But cinema also, by definition, happens in a movie theatre. If you don’t live in a major city, seeing The Irishman in a cinema isn’t even an option. Meanwhile Avengers: Endgame has dominated every “cinema.” Scorsese’s (and our) frustration is the limited big-screen real estate allocated to everything other than franchise movies.

“My concern is losing the screens to massive theme park films,” Scorsese told Entertainment Tonight. “Fine, go and it’s an event and it’s great to go to an event like an amusement park, but don’t crowd out Greta Gerwig and don’t crowd out Paul Thomas Anderson and Noah Baumbach and those people. Just don’t, in terms of theatres.”

Scorsese expanded this argument in the Times op-ed, explaining how he too has been crowded out. He had to make The Irishman with Netflix because no traditional studio would fund it. It cost $160 million due to the de-aging technology required to make De Niro, Pesci and Pacino look 50 years younger (an effect that is weird and distracting at times).

While Hollywood is happy to put up twice that much money for a Marvel movie and then show it on 4,000 screens in North America alone, no traditional studio would write that cheque for an adult drama that theatres barely make room for. And so theatres are crowded with franchise fare, while some of 2019’s best films of 2019 (The Irishman, Uncut Gems, Marriage Story) are being made with Netflix, which relies on subscribers rather than box-office sales.

The situation being what it is, The Irishman and Avengers: Endgame stand out as heavy hitters at opposite ends of whatever “cinema” is. The tension between them will play out for months, into awards season, when both end up nominated against each other – and voters decide what kind of cinema they want to reward.