Once long-time collaborator Oh signed on, Shum got the cast she needed to fuel her tender story of marital infidelity 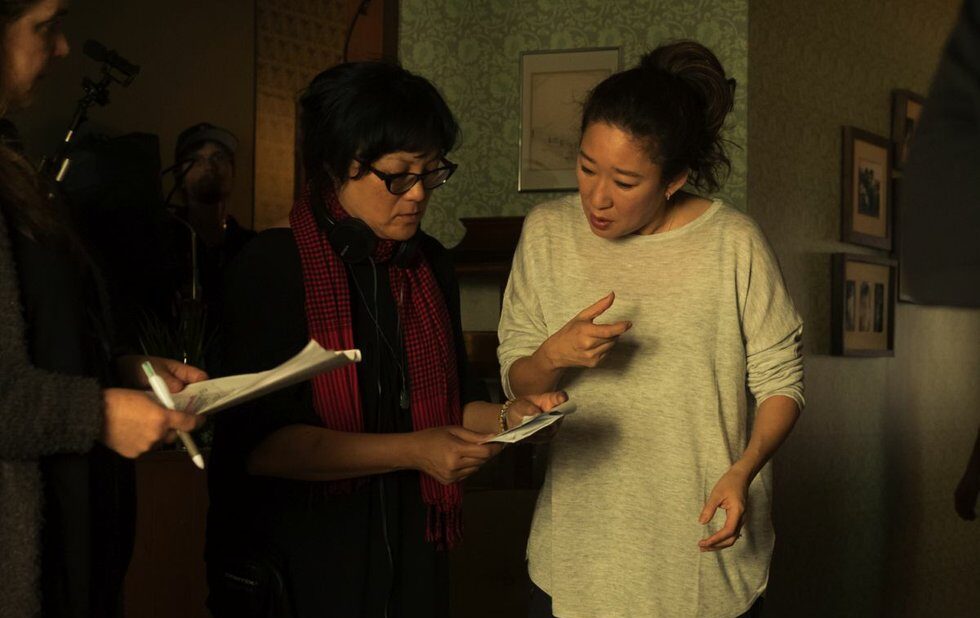 Note to artists of any kind: take care of relationships with your collaborators.

“Sandra’s family is in Vancouver and she’s back and forth from Los Angeles a lot,” says Meditation Park director Shum during last year’s TIFF. She looks surprisingly relaxed, given that she’s launching her movie at one of the biggest festivals in the world.

“Every time she comes, we go for philosophical walks by the water and I visit her often in L.A. We’ve always wanted to work together again. I knew when I started to write the daughter role that I wanted her to play it.”

Oh signed on right away to Shum’s exploration of the personal and political awakening of Maria, a Chinese-Canadian mother (Cheng Pei-Pei) coping with her husband’s infidelity. And that made the script appealing to her lesser-known actors Tzi Ma, who plays wandering husband Bing, and star Pei-Pei.

Actually, a cinema nerd would mock the adjective “lesser-known.” In Shum’s pic, Pei-Pei comes across as an elder with a low-key, quiet strength. But her claim to fame is as a kick-ass kung fu star in Run Run Shaw’s 60s actioners produced in Hong Kong.

Shum had seen her in a recent movie about a woman grieving her closeted son, so she could see that Pei-Pei had dramatic range. She flew to meet the actor in Shanghai and discovered that Pei-Pei was deeply moved by her script.

“She knew the feeling of being isolated and conflicted. When she got married in L.A., she was no longer a movie star but a mother with different expectations of her. I could feel this was personal – it wasn’t just a movie role. She turned down better-paying work to be in a Canadian film because it was giving voice to a generation that no one’s ever thought about.”

“I never think of it as going back,” she declares. “I’m always where I am. Living in the experience I’m living in. I wrote the script just before Ninth Floor was green-lit so the idea of surveillance as a very powerful tool and weapon was very much on my mind.”

In the film, Maria plays detective, trailing her husband’s love interest through the streets of Vancouver’s Chinatown.

But what really got Shum tuned into her theme was when her own mother one day remarked, “The cat has caught a new fish,” referring to the fact that someone she knew had started an extramarital affair.

“I didn’t know the Chinese language had a term for infidelity that’s a poetic as that. And I wanted to know more. That’s when a lot of stories came out and I found my focus.”