Expect more auteurs and arthouse on Netflix, more reboots and remakes in cinemas and a new wave of Canadian talent poised for stardom 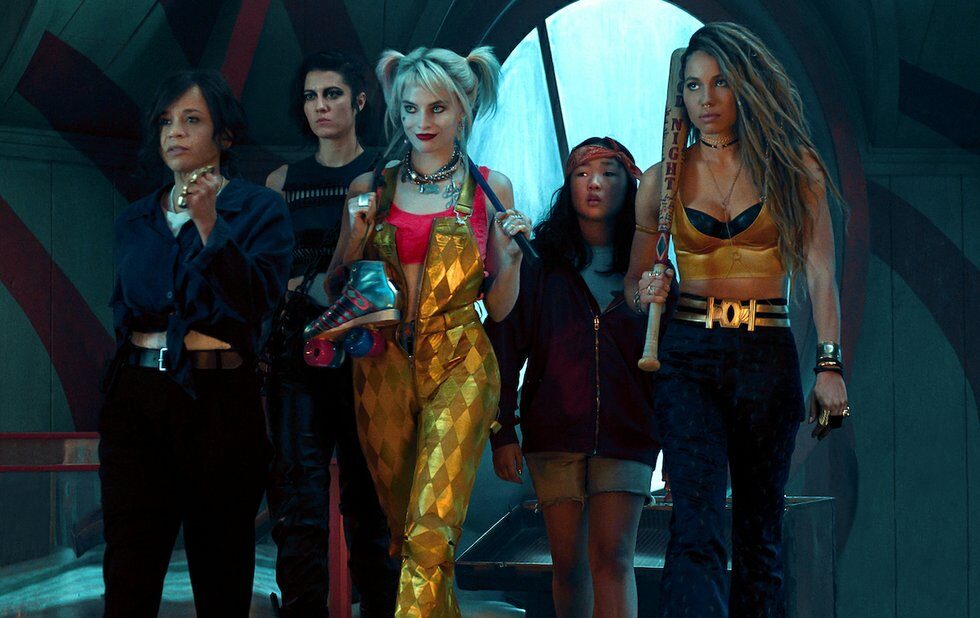 It might be a new decade, but as far as the movies go, nothing’s really changed: ticket prices are creeping up, exhibitors are desperate to find new ways to draw people to the megaplex and people are still electing to watch anything that isn’t a megablockbuster at home. In 2010 industry-watchers blamed piracy, but now it’s supposedly streaming’s fault I suppose that’s progress.

And even as the movie business gets more blatantly commercial, I continue to believe the art of cinema will evolve and grow, because that’s who I am – and because some of the best movies I saw last year were produced for (or acquired by) streaming services. Also because I’m stockpiling Blu-rays and DVDs for the apocalypse: the internet might go down and the ravagers may rise, but so long as I have a generator, that 4K disc of 2001: A Space Odyssey will still spin up. And I’ll be able to electrify the perimeter.

The cocaine-and-hairball nightmare of Tom Hooper’s Cats wasn’t just the biggest disaster of 2019: it was also the death blow to the idea that movies built on existing properties are guaranteed moneymakers. The new Men In Black and Terminator movies opened weakly Charlie’s Angels and Cats tanked outright. The industry will spin it by arguing that Cats was a full-blown conceptual disaster, and pour more money into the marketing of their 2020 tentpoles (like, um, Robert Downey Jr. in the upcoming Dolittle).

Meanwhile, Rian Johnson’s Knives Out earned $100 million in North America and Bong Joon-ho’s Parasite earned the same amount worldwide, which demonstrates that people are still willing to seek out new, original projects – no matter what the subject matter or country of origin – if word of mouth is strong enough. Here’s hoping for more of those… and also that very expensive, very IP-based properties like The King’s Man, Top Gun: Maverick and Disney’s Jungle Cruise are worth our time. The Mulan remake looks like it might work, but we’ve been burned before.

The grown-ups will stay home

Parasite’s success is still an outlier, of course for the most part, older viewers will find themselves waiting for movies to turn up on VOD or streaming services, turned off by the noise and cost of the megaplex and the general sense that movies aren’t being made for people over 35. It’s true that those movies are a lot harder to see in theatres, but that’s because people don’t turn out for them when they open so they’re gone in a week. It’s a self-fulfilling prophecy, but we’re seeing more and more filmmakers bypass theatrical runs entirely and go directly to streaming.

Netflix is doing its best to encourage them, of course its deals with Martin Scorsese, Spike Lee, Steven Soderbergh and Noah Baumbach were just the beginning. This year we’ll see features from Ryan Murphy (The Prom, an adaptation of the Broadway musical to star Meryl Streep, Andrew Rannells, Kerry Washington and Awkwafina), Ben Wheatley (a remake of Rebecca, starring Lily James, Armie Hammer and Kristin Scott-Thomas), Peter Berg (Wonderland, starring Mark Wahlberg, Alan Arkin and Bokeem Woodbine) and Gina Prince-Bythewood (The Old Guard, an adaptation of the Greg Rucka comic with Charlize Theron, Chiwetel Ejiofor and If Beale Street Could Talk’s KiKi Layne), among others.

Superhero films could get really interesting

Margot Robbie reinventing her Suicide Squad antihero for Cathy Yan’s Birds Of Prey: And The Fantabulous Emancipation Of One Harley Quinn? Yep. A Black Widow solo movie written by Ned Benson, the guy who made The Disappearance Of Eleanor Rigby and directed by Cate Shortland, who made Somersault and Lore? Check. Patty Jenkins and Gal Gadot reuniting for Wonder Woman 1984? You know it. And Chloé Zhao, director of the hybrid dramas Songs My Brothers Taught Me and The Rider, helming the cosmic delirium of Eternals? It’s happening. In the wake of Marvel wrapping up 12 years of story in Avengers: Endgame and DC more or less abandoning its accursed attempt at an interconnected universe, anything seems possible this year. (And it’s also encouraging to note that every one of these upcoming films is directed by a woman.)

It’s been going on for a few years, but the battle for hot festival properties is going to go nuclear this year as Netflix and Amazon try to grab movies (and headlines) at Sundance, SXSW and Cannes while everyone waits to see if Disney and Apple, which launched streaming platforms in 2019, will join the bidding wars. Does any of this matter? Well, yeah, because now millions of people have access to small, amazing works like Sound Of Metal and The Platform, snapped up at TIFF last year by Amazon and Netflix, respectively. Let’s see what gets those companies excited in 2020.

That’s The Expanse’s Cara Gee chatting with Harrison Ford in the trailer for Call Of The Wild. Killjoys’ Kelly McCormack just landed a role alongside Broad City’s Abbi Jacobson and The Good Place’s D’Arcy Carden in Amazon’s new A League Of Their Own. Connor Jessup is starring in Netflix’s supernatural comic-book adaptation Locke & Key. And Kim’s Convenience’s Simu Liu is shooting Marvel’s Shang-Chi And The Legend Of The Ten Rings, of course. A whole new generation of Canadian talent is making itself known to American audiences, and the world is going to be so much better for it.

The conservative outrage machine has been inventing hot-button issues for low-information voters to be upset about for decades – war on Christmas, anyone? – but it seemed to hit a high in 2019, convincing Canadians that the anti-abortion drama Unplanned was being suppressed (it wasn’t), getting Universal Studios to cancel the release of its thriller The Hunt by implying it was about liberals hunting conservatives (which may or may not have been true), and making a global news story out of Donald Trump’s cameo going absent from a CBC broadcast of Home Alone 2: Lost In New York (a trim made for time in 2014). Expect even more of these bullshit controversies to dominate American news in 2020: it’s an election year, after all, and the people need distracting.