Time regained: a writer-turned-actor reflects on art and the ticking clock

Dim The Fluorescents actor (and former NOW theatre writer) Naomi Skwarna breaks down the process of making an indie movie... and then having it come out 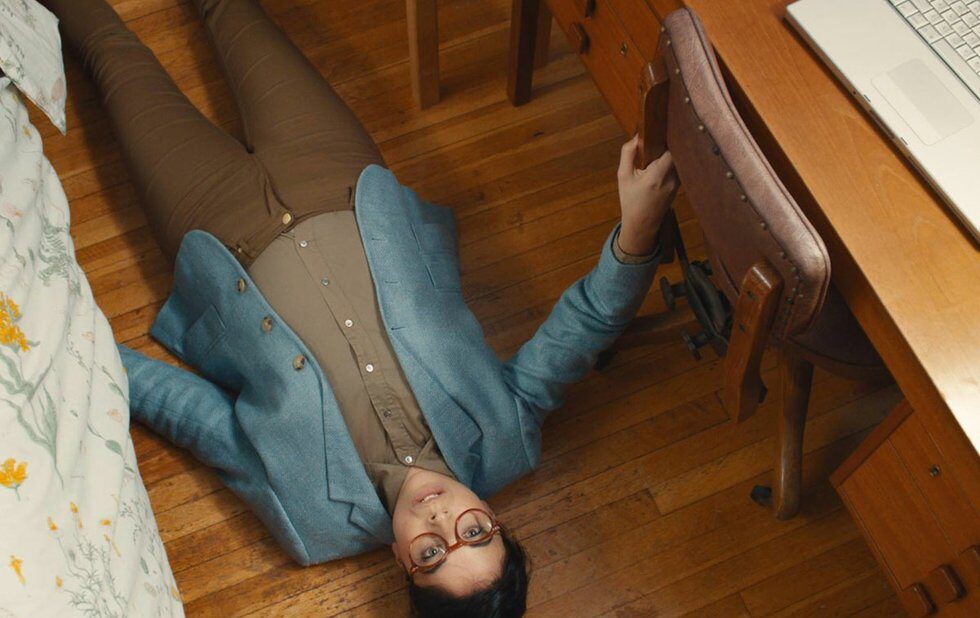 As a child, I learned that clocks don’t make time – they just describe it. Around that age, I also discovered the difference between acting and real life, wearing my Halloween costume to school until the teacher insisted I stop, it being November. I took to writing because it didn’t require an audience other than myself, or permission other than my own.

In her book, The Folded Clock, Heidi Julavits writes, “I am trying through the movement of my fingers to reach my head.”

I write to slow time, I think, on the way to my head.

A film I’m in called Dim The Fluorescents opens on Friday, and so I’ve been thinking about the hours this movie stands for.

Exactly last year, we held a private screening at the Royal Cinema, where my director, Daniel Warth, announced our admission to the Slamdance Film Festival in Park City, Utah. A year prior, we had shot the movie over three sleepless weeks. The one before that, we made the demo. Before that (we’re now in 2013), Daniel and Miles Barstead (the film’s co-writer and composer) came to see a play I was in at Videofag, after which we talked, under a light drizzle, about the movie we were soon going to make.

When I write, time doesn’t move forward at an even clip. It’s there and then it isn’t, the way Hemingway wrote about going bankrupt in The Sun Also Rises: “Gradually and then suddenly.”

Acting is the thing that forces me to endure each moment in sequence. Staying present, as it’s called. Plays are especially good for that, menacingly so. In front of a camera, acting means sustaining the same moment over and over again, finding depth in repetition, in the expression “I’d like to take that again.”

Time is something to get in front of when making an independent film. An actor doesn’t have to keep it – they just placidly fill the hours they’re called for, as I did for 18 days in the fall of 2015, rising early and finding myself made-up, costumed and miked while the sky was still dark enough to believe it might be night.

Schedules, call sheets, quarter-hour allotments – the engineers of Dim The Fluorescents pinched 63 seconds from each minute. We even filmed a day that didn’t happen, sneaking the heavy camera piece by piece into a location where we weren’t supposed to be, for a scene that we’ll deny all existence of having made. (It’s scored by the Toronto band New Fries.)

Over the past four years, I’ve come to love the core creative group in fits and starts, Novembers and Decembers. Primarily Daniel and Miles and Claire Armstrong – the unbelievably watchable star whom I play opposite – with others dipping in and out as each year rolled over.

I’ve stuck with few things as long as this movie, and while its release marks a beginning, I also know that my work on it is unequivocally done.

Having spent the year watching the film tour internationally – Halifax, Chicago, Beijing, Los Angeles, Park City, where it won the Grand Jury Prize and which I learned of in my sleep – my impulse now is to write about it, to keep this long, strange experience in the air.

Like a clock, acting describes life, sometimes with grace but often in flat circles. Occasionally, watching a person portray someone else can open a seam of new awareness. Portraying someone else can, at its best, do the same.

I tend to set a stopwatch when I write, which marshals me through the fluctuations of my ego, energy and appetites.

It reminds me that no matter how hesitant the chronology, I’m still describing time, even when half of me would rather believe in the possibility of taking the moment again.