What to watch on Netflix Canada in January 2020 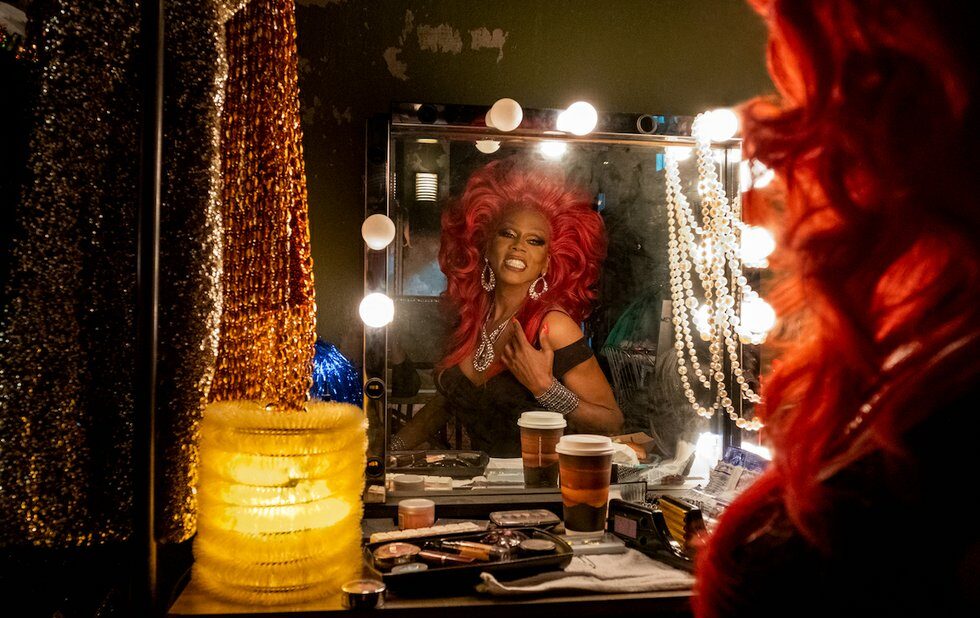 AJ And The Queen

No, the world really doesn’t need another adaptation of Bram Stoker’s horror classic about the Transylvanian vampire and his attempts to increase his coterie of undead. But this BBC/Netflix co-production, told in three 90-minute installments, looks bloody promising. It comes from the same folks who resurrected another much-adapted property in Sherlock, and stars Claes Bang, the Danish actor best known as the suave, put-upon gallery owner in the Oscar-nominated art-house satire The Square. January 1

Judging from the trailer, this original Netflix  series looks like the figure-skating version of Black Swan. It’s the story of figure skater Kat, who after choking at a crucial competition, attempts to revive her career by switching to pairs skating. January Jones plays a demanding coach, while Kat’s new partner is a “bad boy” with a sinister vibe. How Spinning Out will rank in the greater figure-skating film/tv canon is to be decided, but we’re guessing somewhere between The Cutting Edge and I, Tonya. January 1

Having dropped the first eight episodes of its final season in the fall, Raphael Bob-Waksberg’s brilliant animated series – 50 per cent funny-animal comedy, 50 per cent Hollywood satire and 100 per cent excoriating psychological drama – returns for the last eight, and it’s not going to be pretty. Although our horseman hero has finally committed to recovery and was last seen making genuine amends, the show demonstrated very clearly that the people he hurt are still dealing with the fallout of his actions, and a reckoning is coming. Given Bob-Waksberg’s ability to balance darkness with absurdist laughs – and the capacity of Will Arnett, Alison Brie, Aaron Paul, Paul F. Tompkins and Amy Sedaris to play that balance – it’s going to be painful. January 31

The Toronto-produced documentary series hosted by Shad is continually one of our favourite series on Netflix. It goes deep into familiar narratives, like the 90s east coast/west coast rap rivalry that dominated much of season three. We don’t have any details yet on season four, but given how the previous season ended with Goodie Mob, we’re hoping for a trip through the U.S. South. January 17

After a rollicking first season that ended with neurotic sex savant Otis (Asa Butterfield) on the verge of his first healthy relationship just as his cynical handler Maeve (Emma Mackey) realizes she’s caught feelings for him, the only move possible for Laurie Nunn’s Welsh-set, American-inflected high-school comedy is, naturally, chlamydia. An STI infection burns through the Moordale student body, exposing the need for a real sex-ed curriculum rather than the ad hoc advice Otis and Maeve have been dispensing, which, one assumes, will give Gillian Anderson a lot more to do as Otis’s overly solicitous sex-therapist mum. January 17

This original Netflix documentary follows a Texas competitive college cheerleading squad as they prepare for the National Championship. Over six episodes, we’ll see the athletes as they face injuries, personal setbacks and triumphs leading up the high-stakes competition. In recent years, the financial mistreatment of NFL cheerleaders has made headlines and shined a light on the shady practises within the industry. We’re not sure if Cheer will look into this side of the industry, but it nonetheless sounds like an interesting dive into the sport. January 8

JFL42 fans know the North Carolina-born stand-up comic and actor for the series of warm, funny sets she did at the festival a few years ago. Known for her appearances on Chelsea Lately, The Mindy Project and Last Comic Standing, Feimster has some of the best timing of any comic around. That should be evident in this show, her first hour-long Netflix special, in which she discusses her childhood, her family’s relationship with Hooters and the movie that made her realize she was a lesbian. Speaking of that, Feimster’s a cast member in the L Word reboot, which started airing this month. January 21

Look, when you’re a teenager it always feels like the world is ending. But what if you’re a teenager in Norway, and you’ve grown up in a culture with its own very specific apocalypse mythology… and it seems to be coming true? That’s a hell of a hook, and we’re very curious to see how creator Adam Price – whose Danish political drama Borgen was an essential show in the Scandinavian TV wave earlier this decade – plans to play it out. January 31

Antoni’s got a cookbook. Jonathan’s got his stand-up tour. And now Tan is getting his own Netflix spinoff show with style influencer Alexa Chung. (Netflix, please give Bobby his own Trading Spaces-style show and Karamo an inspirational talk show!) Next In Fashion is a competition series where up-and-coming designers will compete to become “the next big name in fashion.” January 29 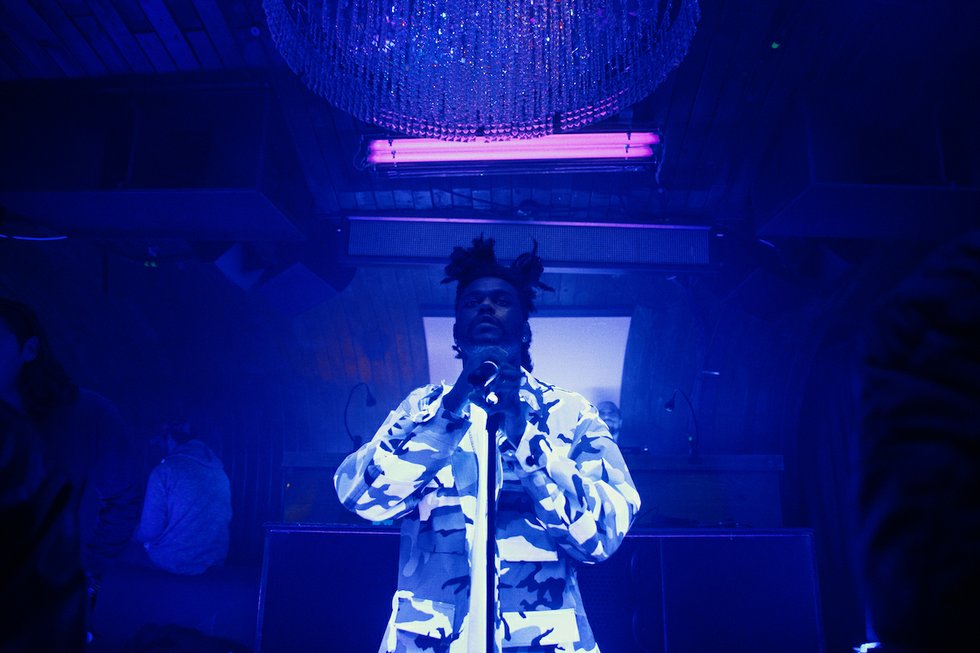 The Weeknd co-stars in the Safdie Brothers’ thriller Uncut Gems.

Adam Sandler is electrifying as a jeweller in New York City’s Diamond District who is addicted to taking risks and instigates chaos after an Ethiopian opal comes into his possession. The Safdie brothers have fashioned a masterpiece that builds on themes explored in their previous films: race, economics, addiction and basketball. The movie is like that opal: it looks gritty and ugly from one angle, but shines brilliantly and mesmerizes from another. The closer you get, the more this gem cuts right to your soul. January 31

One of the biggest issues of the past decade has been around characters in marginalized communities being portrayed by actors not in those communities. Which makes 37 Seconds kind of revolutionary. It’s about a soft-spoken 23-year-old Tokyo manga artist with cerebral palsy who longs for independence and autonomy. It’s being played by Mei Kayama, a disabled first-time actor who brings a freshness and authenticity to the role. Directed by Hikari, the movie won the Audience Award at the Berlin Film Festival last year, and was warmly received at TIFF. January 31

To whet our appetite for the Safdie Brothers’ latest, Uncut Gems, Netflix is bringing back the New York filmmaking duo’s breakout hit, Good Time. The grimy and exhilarating crime thriller stars Robert Pattinson as a bank robber eager to bail out his developmentally delayed brother from lock-up during one unbelievably chaotic night. Throughout the movie, Pattinson’s bug-eyed Connie hustles, barks and bites while using his white privilege to pin his bad behaviour on the nearest Black person. Read our review here. January 20

Francis Lee’s first feature (after a decade making shorts, and another 15 years as an actor) is a powerful, emotional love story about two ranch hands who take comfort in one another while working with animals in the vast countryside. And if that sounds a little like Brokeback Mountain, well, okay… but this is a rougher work. Set in present-day Yorkshire, it’s about an angry young man (Josh O’Connor) stuck on his family farm whose misery is broken by the arrival of a smart, serious migrant worker (Alex Secareanu). Lee watches these two characters find each other in an unforgiving world, marking the points where attraction ignites into lust, and then evolves into something richer and more compelling. It’s one of a handful of new romances that feels like it might be a love story for the ages. Read our review here. January 21

The elevator pitch is “David Fincher’s The Game but with Jason Bateman.” But Game Night is way better than that sounds and is even stylishly directed in a way that lives up to the Fincher comparison. It unfolds over a routine evening among friends that escalates from Tostitos and charades to ducking bullets and foiling kidnappers. Rachel McAdams is a scene-stealer, reminding us all how funny she’s always been (think Mean Girls and Wedding Crashers). Read our review here. January 4

List of new titles available in January by date:

What The Love! With Karan Johar

Nisman: Death Of A Prosecutor

Thieves Of The Wood

AJ And The Queen

The Healing Powers Of Dude

Kipo And The Age Of Wonderbeasts

Pandemic: How To Prevent An Outbreak

The Ranch: The Final Season

All The Freckles In The World

Tyler Perry’s A Fall from Grace

What Did Jack Do?

Toni Morrison: The Pieces I Am

Spartacus: Gods Of The Arena

Spartacus: War Of The Damned