What to watch on Netflix Canada in July 2019 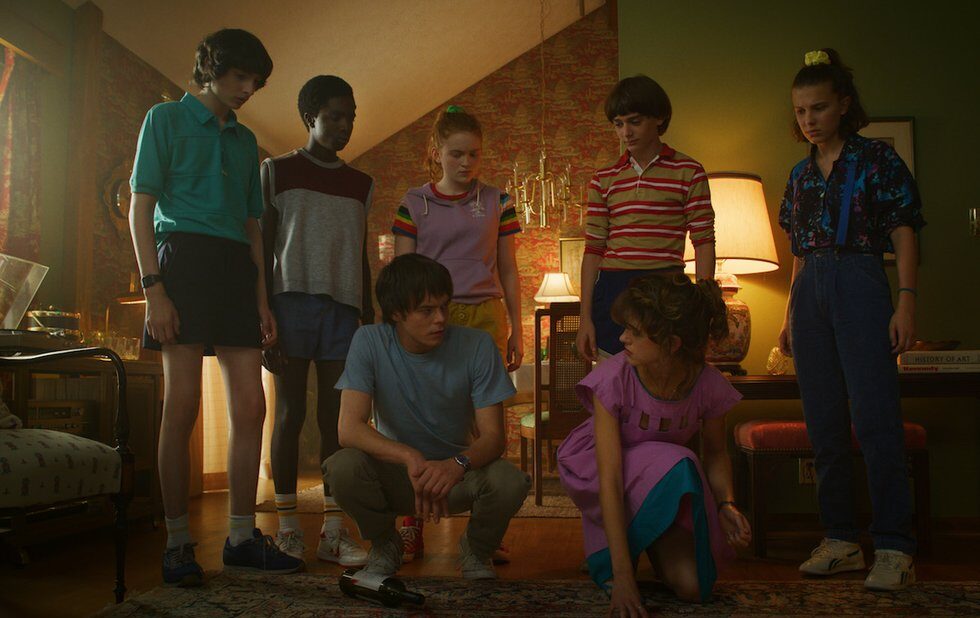 Stranger Things fell off by the time it wrapped the second season, its wit and emotional stakes consumed by the kind of chaos and CGI hellfire more in line with modern blockbusters. Here’s hoping season three gets back to the fun riff on all things Stephen King and Steven Spielberg that made season one such a breakout. The adorable misfits led by Millie Bobbie Brown and Finn Wolfhard will have their friendships tested amidst new paranormal threats in the third season, which adds more nostalgic markers from 80s Americana, like spandex, amusement parks and shopping malls. July 4

The Sarnia-born Ryan left Canada more than a decade ago, and she’s made a big name for herself in the UK with her savagely funny stand-up, TV appearances and sold-out runs at top comedy festivals. Her first Netflix special, In Trouble, was hilarious, and this one, in which she discusses everything from her dislike of the Kardashians to her daughter’s celebrity crush on Anna Kendrick, promises to be even funnier. Celebrate Canada Day by celebrating one of our own. July 1

Stranger Things’ gruff star David Harbour gets another boost this month with this semi-autobiographical mockumentary. Harbour came across footage of his father’s writing and acting career – apparently he had written a televised stage play about the monster created by Mary Shelley’s Victor Frankenstein. Also starring in this half-hour show are Alfred Molina and Kate Berlant. Stranger things, indeed. July 16

Fresh off the festival circuit, this tongue-in-cheek French thriller follows an all-women volleyball team who find themselves in a literal death match when their van breaks down in a forest filled with weirdos. It’s the directorial debut of makeup artist Olivier Afonso, who worked on Raw, Leatherface and The Night Eats The World and who somehow recruited Denis Lavant (star of Claire Denis’s Beau Travail, Leos Carax’s Holy Motors and Tsai Ming-Liang’s Journey To The West) to play the leader of the baddies. Let’s see where this goes. July 26

It feels like the last season of Queer Eye just ended, but a lot has happened in the past three months. Style expert Tan France got his own book deal and another Netflix gig hosting a fashion competition show with British model and TV personality, Alexa Chung. Jonathan Van Ness  announced his own stand-up tour, which will stop at JFL42 in Toronto. And the whole gang appeared in Taylor Swift’s candy-coated music video, You Need To Calm Down. Season 4 sees the fab five back in Kansas City, where they’ll once again transform the style, homes and self-esteems of eight new heroes. July 19

Cult director Joe Lynch (Everly, Mayhem) remakes Fred Cavayé’s ticking-clock French thriller about a male nurse and a gangster trying to outrun the entire underworld – and a few dozen dirty cops – over one frenzied night. Black Mirror’s Anthony Mackie plays the nurse and The Purge: Anarchy’s Frank Grillo is the criminal. The promise of an amped-up buddy movie with these two actors – who played mortal enemies in Captain America: The Winter Soldier – is all we need to climb on board. July 12

If you still can’t quite grasp the implications of the Cambridge Analytica scandal, this 139-minute documentary is for you. Jehane Noujaim and Karim Amer’s film, which screened as a work-in-progress at Sundance, examines the allegations that the British political consulting firm harvested user data from Facebook to influence the outcome of the UK’s Brexit vote and the 2016 U.S. presidential election. Anyone concerned about data mining in Google owner Alphabet’s proposed “smart city” in Toronto might want to give this a watch. July 24

Whitney Cummings: Can I Touch It?

Following the release of two hour-long Comedy Central specials, Whitney Cummings is ready for her Netflix stand-up debut. The American comic, actor and producer filmed Can I Touch It? at Sidney Harman Hall in her hometown of Washington, DC, earlier this year. Expect to hear the comic’s pointed takes on women’s issues, relationships, sex robots and everything in between. July 30

The new series from Slasher creator Aaron Martin is a sci-fi drama about the search for extraterrestrial life, starring Katee Sackhoff as the commander of a deep-space mission launched to seek the origins of an alien artifact. Also on board: Supergirl’s Tyler Hoechlin, The Walking Dead’s Elizabeth Ludlow, The Originals’ Blu Hunt and Percy Jackson’s Jake Abel. Selma Blair and Justin Chatwin are also around, but they appear to be earthbound. Martin demonstrated a knack for juggling an ensemble with Slasher, and it’ll be nice to see Sackhoff kicking space ass and taking space names again a decade after Battlestar Galactica wrapped up. July 25

Described as both a TV drama and a docu-series, this six-part exploration of the reign of Nicholas II – which ended with his family’s exile and murder following the Russian revolution of 1918 – blends historical investigation with dramatic re-enactments. All we can really discern from the trailer is that it wasn’t made on the cheap, and whoever they got to play Rasputin is having a hell of a time. July 3

Two other films starring Timothée Chalamet in 2017 – Call Me By Your Name and Lady Bird – undoubtedly overshadowed his leading role in Elijah Bynum’s directorial debut, but that doesn’t mean the steamy crime drama is any less enjoyable. Chalamet plays an awkward teen who becomes a low-level weed dealer when he’s sent to live with his aunt in Cape Cod for the summer. After all, who would suspect a baby-faced kid with a penchant for striped T-shirts? Before anyone can yell, “Batten down the hatches” (it’s Cape Cod, so of course, a hurricane is coming), Daniel goes from selling pot to cocaine and gets in way over his perfectly coiffed head. July 30 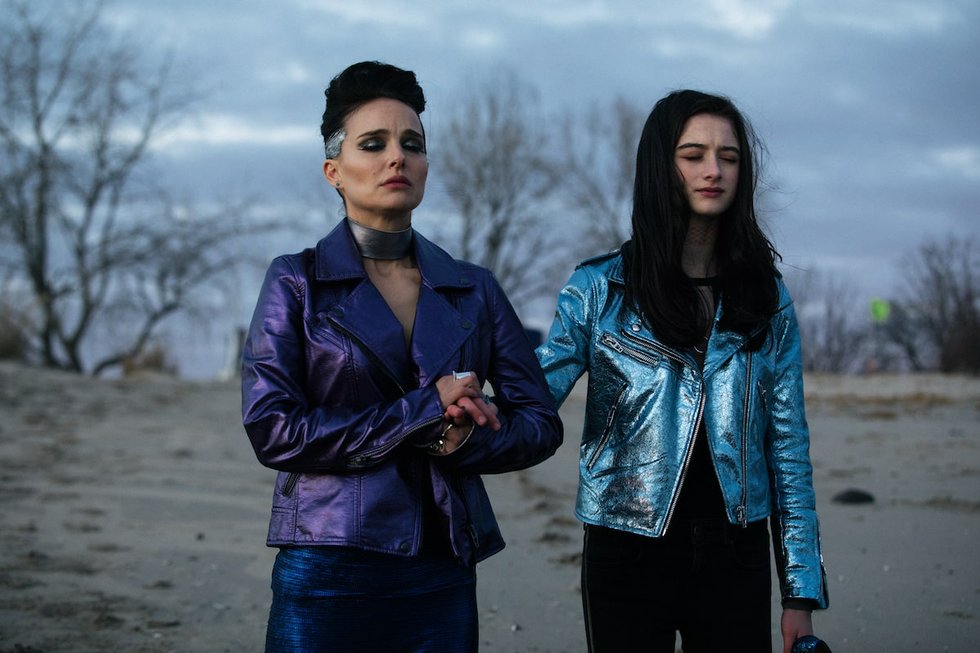 Brady Corbet’s satire of the U.S. entertainment industry polarized critics, but is worth a watch for its excessive style and Natalie Portman’s all-in performance as Celeste, a washed-up pop star whose childhood trauma is expertly exploited by the music industry. As an adult, she’s unable to cope with family or professional pressures and, of course, no one particularly cares as long as she hits her marks. With Britney Spears’s conservatorship again making headlines, the film only feels more timely. Also: the late Scott Walker composed the soundtrack. July 3

The so-called “lost season” of the now-star-making reality series is joining season 2-10 on Netflix Canada. Now you can see what the show was like before it spawned a cottage industry and locked into the comic and musical beats we know all too well. Judge for yourself just how ridiculous the “Vaseline filter” on the lens was before producers began obliterating everyone’s facial features with intense lighting. Guest judges include red-carpet fashion designer Bob Mackie, Michelle Williams of Destiny’s Child, Mad TV’s Debra Wilson and Xena herself, Lucy Lawless. July 15

For those who want to brush up on Quentin Tarantino before Once Upon A Time… In Hollywood hits theatres at the end of the month, Netflix almost has the complete canon with the addition of the director’s masterpiece, Jackie Brown. This love letter to Blaxploitation stars Pam Grier in a pulpy crime saga about a flight attendant caught between a lovesick bail bondsman (Robert Forster), an eager FBI agent (Michael Keaton) and a temperamental gun-dealer whose incompetence makes him all the more dangerous (Samuel L. Jackson). Based on an Elmore Leonard book, Jackie Brown is the only Tarantino film adapted from another source – meaning there’s less Tarantino in it, which is why it soars above his other work. The director’s style, inventiveness and gift for gab are reined in, and the result is Tarantino’s smartest, tightest and most affectionate movie. July 1

List of new titles available in July by date:

The World’s Most Extraordinary Homes (season 2)

Saint Seiya: Knights Of The Zodiac

Orange Is The New Black (season 7)

Whitney Cummings: Can I Touch It?

From Dusk Till Dawn

Life As We Know It

The Fate Of The Furious

War For The Planet Of The Apes

The Mummy: Tomb Of The Dragon Emperor

Anna And The Apocalypse

Disney’s Pirates Of The Caribbean: Dead Men Tell No Tales

Marvel Studios’ Guardians Of The Galaxy