What to watch on Netflix Canada in September 2019

NOW critics pick the best TV shows and movies coming to the streaming platform, including The Politician, Hip-Hop Evolution, Between Two Ferns: The Movie and Terrace House 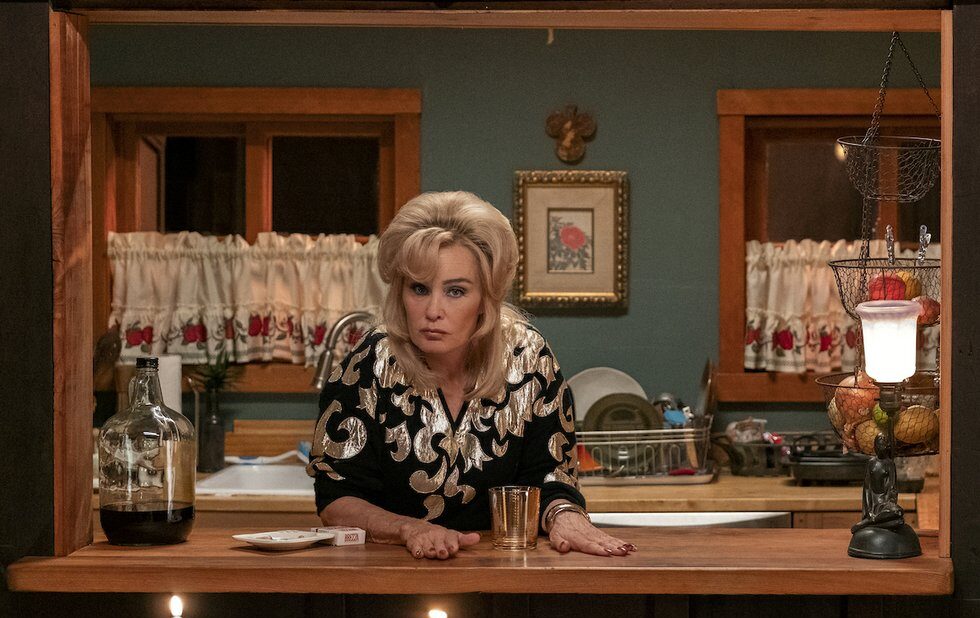 Ryan Murphy, the producer behind pulpy queer TV shows with expensive music licensing budgets like American Horror Story, Pose and The Assassination Of Gianni Versace makes a move to Netlifx with a campy-looking political satire. In The Politician, Ben Platt plays a wealthy Santa Barbara teen gunning to become student body president. Co-stars include Gwyneth Paltrow and scene-stealing Murphy regular Jessica Lange – who is already generating buzz off the trailer thanks to this line: “I don’t understand why calling a gay man a ‘butt munch’ was such a scandal. That’s what gays do: Munch butts and celebrate Halloween.” September 27

Last year, Borat and Bruno actor Sacha Baron Cohen  played an Israeli anti-terrorist expert (among other characters) in the sketch show Who Is America? He’s mining similar territory this year but in a rare dramatic role with this series about legendary Mossad agent Eli Cohen, who gained the trust of Syria’s president and gathered intelligence that helped Israel during the Six-Day War in 1967. Little is known about The Spy, except that it was written and directed by Gideon Raff, the creator of the Israeli series that Showtime’s hit drama Homeland is based on. September 6

Between Two Ferns: The Movie

For more than a decade, Zach Galifianakis and Scott Aukerman have been delighting people with their parodies of awkward cable-access interview shows. Now they’ve made a feature film out of that concept, casting Galifianakis as a nitwit who decides to travel across America to prove he’s not the inept interviewer everybody knows from the viral videos. Lauren Lapkus and Ryan Gaul, frequent guests on Aukerman’s Comedy Bang! Bang! podcast, will also turn up. So will David Letterman, apparently. It’s a funny world. September 20

Canada’s own rapper-turned-radio-host-turned-hip-hop guru returns. Shad’s thorough and loving history on hip-hop ended its last season at a peak, with debuts from Nas, Wu-Tang Clan and Biggie. The story only goes downhill from there, with the commercial popularity of the Death Row and Bad Boy labels and the violence between the two that followed. Trust Shad to keep it about the music. The stage is set in season 3 for OutKast, Xzibit, Mos Def, Jay-Z and Talib Kweli. September 6

British documentarian Orlando von Einsiedel (Virunga, The White Helmets) delivers a portrait of loss and grief unlike anything he’s made before – because the subject is his own family. Orlando, sister Gwennie, brother Robin and their parents spend weeks walking nature paths in the UK, coming to terms with the 13-year absence of Orlando’s brother Evelyn, who was diagnosed with schizophrenia in his teens and died by suicide at the age of 20. It’s a radical form of therapy, but festival audiences around the world have been responding positively to it. Let’s see how it plays at home. September 10

We don’t know much about Netflix’s latest event series beyond the pitch: a handful of young, pretty people (among them Natalie Martinez, Alex Pettyfer, Kyle Schmid and Kate Bosworth) are invited to an exclusive island getaway with the promise of sun, surf and fun… only to wake up with their memories wiped and at least one nefarious force trying to kill them. But we also know it’s created by Neil LaBute, who made his name with merciless studies of sexual politics like In The Company Of Men, Your Friends & Neighbors and The Shape Of Things back in the day. Here’s hoping he has something more ambitious in mind than a mashup of Lost and The Maze Runner. September 12

Earlier this summer, the Japanese reality TV show wrapped up season four in idyllic Karuizawa, a sleepy resort town located north of Tokyo. For its latest season, Terrace House moves to Tokyo, but the premise, as always, remains the same: six strangers live together in a beautiful house with the goal of either a) finding love or b) furthering their careers. Out of 19 cast mates, Opening New Doors spawned three new couples. (One of which has already broken up. RIP Shion and Tsubasa). Here’s hoping Tokyo can break that record. September 10

If you have fond memories of Homicide: Life On The Street – or even that one episode of Brooklyn Nine-Nine where Andre Braugher and Andy Samberg spent a night trying to crack Sterling K. Brown – you’ll want to watch this new 12-part series from Killing Eve’s George Kay and Endeavour’s Jim Field Smith, which plays out in police interrogation rooms in Germany, France, Spain and the UK. Heavy hitters in the cast include David Tennant, Clare-Hope Ashitey, Nathalie Baye, Jérémie Renier, Laurent Lucas, Sebastian Koch, Nina Hoss, Inma Cuesta, Eduard Fernández and Emma Suárez. But we had you at “David Tennant and Hayley Atwell,” didn’t we? September 20

The ProPublica article An Unbelievable Story Of Rape recounted the ordeal of an 18-year-old woman identified as Marie who reported being bound, gagged and raped at knifepoint by a mystery assailant. The police got hung up on inconsistencies in her story. Marie was interrogated, until she admitted to lying and faced criminal charges. The twist: she wasn’t lying. Two female detectives investigating a travelling serial rapist proved that. Booksmart’s breakout star Kaitlyn Dever brings Marie’s devastating story to the screen, with Toni Collette and Merrit Weaver playing the detectives who made a difference by listening to victims. September 13

Comedian and documentarian Chelsea Handler – who brings her “sit-down” comedy tour to Toronto this fall – is no stranger to exploring uncomfortable territory for Netflix. Her latest doc takes on the polarizing topic (on the right and the left) of white privilege and how it has impacted herself and American culture. Handler has been hyping the project since her memoir came out this spring. “Half of my success – or all of it – is based on the colour of my skin,” she told American radio host Sway recently. “I got away with murder and was rewarded for it time and time again.” September 13

In The Shadow Of The Moon

Shot in Toronto last summer, the latest from director Jim Mickle (Stake Land, We Are What We Are) follows a Philadelphia cop who becomes obsessed with catching a particularly crafty serial killer. The Predator’s Boyd Holbrook stars alongside Bokeem Woodbine, Cleopatra Coleman and Michael C. Hall, who starred in Mickle’s Cold In July. Screenwriters Geoffrey Tock and Gregory Weidman worked together on the Limitless TV series and Zoo, so this could either be a straight thriller… or something really, really weird. September 27

This spin-off of the Vox documentary series Explained, which explored a range of topics from cryptocurrency to diet culture, focuses specifically on the brain. Narrated by Emma Stone, it promises to dive deep into our head space, explaining what’s actually going on while we’re dreaming or having anxiety attacks. September 12 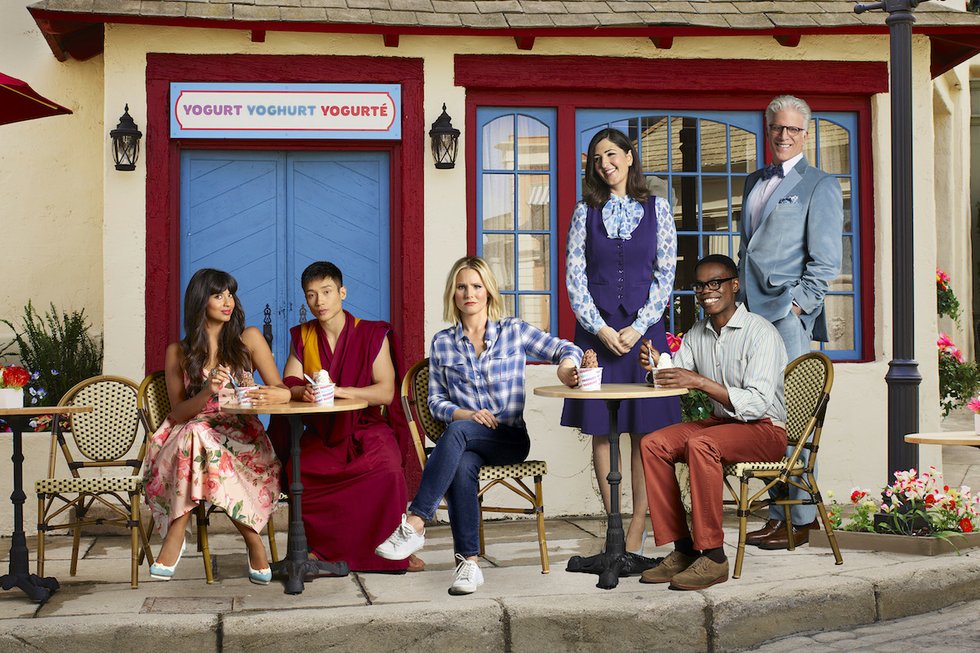 Perhaps the only network television series to be entirely concerned with the concept of what human beings owe to each other, Michael Schur’s remarkable sitcom stepped up its game with a whirlwind season that returned its dead heroes (Kristen Bell, William Jackson Harper, Jameela Jamil and Manny Jacinto) to Earth for a fresh start – and just got weirder from there. Watch for Ted Danson’s Michael bonding with a celestial doorman over frog stuff, and D’Arcy Carden giving the performance(s) of a lifetime in the standout episode Janet(s). We’re going to miss this show so much when it wraps up with season 4. September 27

If you were a fan of the first part of Andy Muschietti’s acclaimed adaptation of the Stephen King novel, here’s a chance to see it again before It Chapter Two premieres on September 6. Bill Skarsgård’s Pennywise is terrifying, and the kids are great, especially Stranger Things’ Finn Wolfhard and newcomer Sophia Lillis. Because the pic was shot in and around the GTA, lots of local theatre talents show up, including Soulpepper vets Stuart Hughes and Ari Cohen, Elizabeth Saunders, Pip Dwyer and Geoffrey Pounsett. September 1

This extravagant, darkly funny and ultra-violent 1995 crime drama is essential Martin Scorsese. Starring a colourfully suited Robert DeNiro, Sharon Stone, Joe Pesci and Don Rickles, Casino recounts the mob’s money laundering operations in 70s and 80s Las Vegas – and the director doesn’t skimp on intricate and fascinating historical details. The three-hour run time speeds by thanks to Scorsese’s lightning pacing and signature first-person narration, which gradually zeroes in on the unravelling of the core friendship between DeNiro’s Ace and Pesci’s Nicky (this is really a bromance breakup). Stone – in an Oscar-nominated turn that famously saw her walk the red carpet in a Gap turtleneck – does the most to humanize her underdeveloped gold-digging addict character, stealing all her scenes with a little help from ostentatious period wardrobe, wigs and accessories. September 4

Yes, Grey’s Anatomy is still on TV. And yes, it’s still as melodramatic and amazing as ever. These days, our heroine Meredith Grey is a single mom navigating the world of modern dating whilst also being a world-class surgeon and grappling with her own PTSD from an array of tragedies, including but not limited to: McDreamy’s death, a plane crash, lone wolf shooter and transportation accidents of all stripes. As summer fades away and autumn arrives, there’s nothing as comforting as a Grey’s binge. September 26

There’s nothing original about the narrative beats or songs in Pitch Perfect and that’s okay. The a capella musical is all about the covers anyways, from No Diggity to When I’m Gone (that viral cup song). The movie is the right kind of remix, taking 90s R&B and 21st century YouTube memes and weaving them into a high school musical that just makes you so gleeful. Pitch Perfect may be the high note in Anna Kendrick and Rebel Wilson’s careers.  September 4

List of new titles available in September by date:

The Cat In The Hat Knows A Lot About That! (season one)

Kabaneri Of The Iron Fortress: The Battle Of Unato

The Last Kids On Earth

Jeff Dunham: Beside Himself

Abstract: The Art Of Design (season 2)

The Book of Henry

Mune: Guardian Of The Moon

The Tale Of Despereaux

The World We Make

Steal A Pencil For Me

Clive Davis: The Soundtrack Of Our Lives

Between Two Ferns: The Movie

In The Shadow Of The Moon

Sin City: A Dame To Kill For