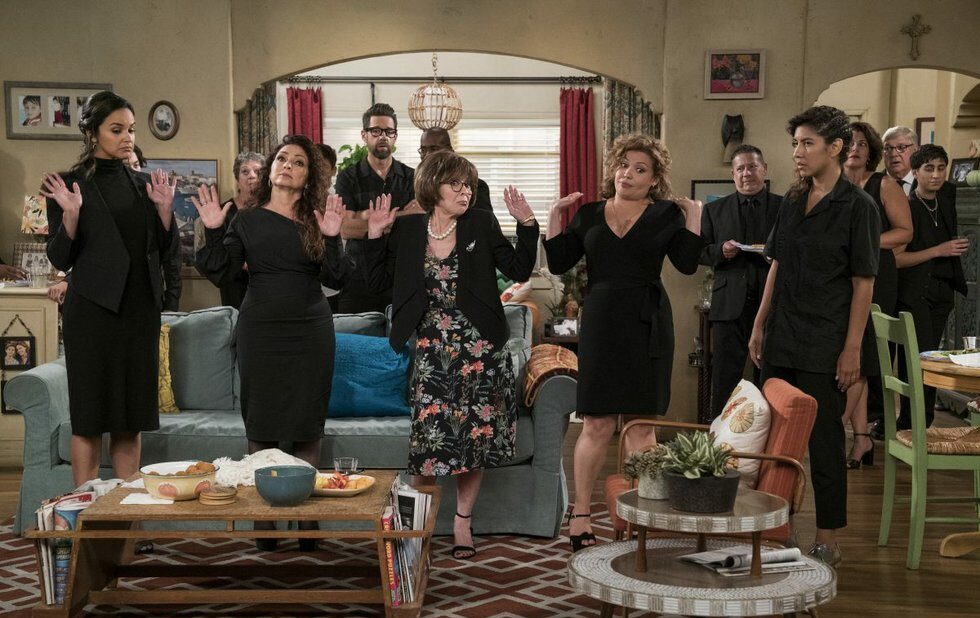 Did you watch One Day At A Time? A lot of people did, if social media is any indication. Just not enough, according to Netflix.

Over three seasons, the Latinx-centred reboot of Norman Lear’s 70s sitcom about a single mother raising two teenagers on her own breathed new life into an old formula, engaging with contemporary issues like PTSD, sexuality, domestic abuse, alcoholism, status and representation through the lives of Cuban-American veteran Penelope Alvarez (Justina Machado), her daughter Elena (Isabella Gomez) and son Alex (Marcel Ruiz) and the eclectic squad of family and friends that form around them – not the least of them being Rita Moreno as Penelope’s formidable mother Lydia.

It was a far more successful attempts to make a relevant blue-collar show than the troubled reboot of Roseanne – possibly because no one working on it was a racist rage monster – and its core values of empathy and honesty led to an impassioned online following.

But that following – which included superfans like Brooklyn Nine-Nine co-stars Melissa Fumero and Stephanie Beatriz (who guest-starred in the third-season premiere alongside Gloria Estefan, writer of the show’s theme song) and pop-culture megalith Lin-Manuel Miranda, who’s thrown himself into the effort to save the show – wasn’t enough to save the series from cancellation: just a month after releasing the third season, Netflix announced it wouldn’t be renewing One Day At A Time for a fourth.

Now, TV shows get cancelled all the time, and as Caroline Framke put it at Variety, One Day At A Time “has been fighting for its life since day one” in the constant churn of peak TV, despite strong reviews and a Peabody nomination. In this case, it’s not the cancellation that stings but the way in which Netflix handled it.

In a series of tweets, the streaming service – which almost never releases its viewing numbers – stated that “simply not enough people watched to justify another season,” thanked Lear “for bringing this series back to television” and showrunners Gloria Calderon Kellett and Mike Royce “for always making us laugh and never shying away from bravely and beautifully tackling tough subject matter in a meaningful way” and the cast “for inviting us into your family. You filled this show with so much heart and warmth and love, it truly felt like home.”

That’s nice. But then, this:

“And to anyone who felt seen or represented — possibly for the first time — by ODAAT, please don’t take this as an indication your story is not important. The outpouring of love for this show is a firm reminder to us that we must continue finding ways to tell these stories.”

So, yeah. That’s Netflix patting itself on the back for making such a progressive, important show – which it just killed. Maybe the communications team that wrote this statement meant to imply Netflix would continue searching for new shows that captured One Day At A Time’s inclusive values and expansive spirit.

But you know what else would do that? Making more episodes of One Day At A Time. Reinvest in the existing series with the vocal fan community that already does the thing you say you want to do. Encourage the show, let it continue to find viewers and see what might happen. A multi-camera sitcom can’t be that expensive to produce hell, the CG animation for the longer segments of Love, Death + Robots probably costs more than a single episode of One Day At A Time.

And Netflix is a subscription service, like HBO, so it doesn’t really need to worry if the numbers are low on a show it wants to support as long as they’re not losing subscribers, they can prop up struggling series on the backs of bigger, splashier products for years if they want to. They could also try to attract more viewers by pushing One Day At A Time more aggressively on the menu, rather than letting it drop into the background while Bird Box keeps cycling through the feed. (Or maybe that’s just my algorithm who knows how this stuff works.)

But here’s the other thing: Netflix doesn’t own One Day At A Time. It’s produced externally by Sony Pictures Television, much as the service’s Marvel shows were produced by ABC Studios and Disney. And Netflix has been dumping those series – which were far more expensive, but also (presumably) far more successful at attracting viewers – left and right.

I can’t help wondering whether Netflix would have fought harder to support One Day At A Time if it was an internal property. That cancellation statement makes me think Netflix might well be developing other “stories” to fill the void it’s just created, and then compliment itself for its bravery.

But let’s not count One Day At A Time out just yet. Calderon Kellett and Royce are shopping the show elsewhere (though as Framke pointed out in her Variety piece, that’s a tricky proposition if Netflix still holds exclusive rights to the first three seasons), and last year’s resurrections of The Expanse (on Amazon), Brooklyn Nine-Nine (on NBC) and Designated Survivor (on Netflix) demonstrate an awareness of the value in shows with devoted fan followings.

One Day At A Time could thrive on a network looking to appeal beyond the usual aging white audience – it’d make a great pairing with NBC’s similarly conscious sitcom Superstore, come to think of it – and, again, it can’t be as expensive as a season of SVU or Criminal Minds. I’m hoping the next few days bring some good news.

And then we can all get back to fighting for Wynonna Earp.