Yes, you need to see Netflix’s Oscar contender Roma on the big screen 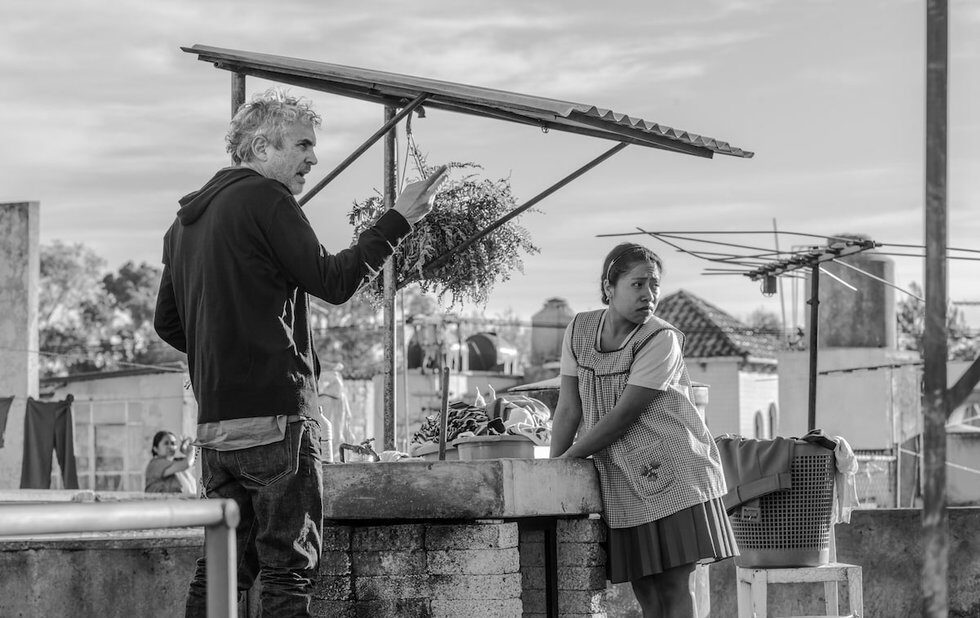 You’ve probably been hearing a lot about Roma, the new Netflix movie that you can’t see on Netflix just yet. Alfonso Cuarón’s epic semi-autobiographical drama is arriving in theatres ahead of its availability on the streaming service.

It’s a first for Netflix, which has previously opened its films in a handful of theatres on the same day they premiere online – and only for a single week’s run.

That’s because while Roma may have been commissioned by the streaming service in an attempt to legitimize itself as a major creative force and maybe win a few Oscars along the way, much as The Ballad Of Buster Scruggs, Private Life, The Kindergarten Teacher and the documentaries Shirkers and Quincy are being positioned this awards season – Alfonso Cuarón has pulled off something remarkable: he used Netflix’s money to create a film that actively resists being viewed on Netflix. You need to see Roma in a movie theatre.

Okay, you don’t literally need to. It’ll be available on Netflix on December 14, and you can watch it at home, or on a tablet, or on your goddamn phone if you want to. And I have no illusions: most people will see Roma this way.

But they shouldn’t – at least not for the first time.

In terms of plot, Roma is a small movie focused on the life of a young woman (Yalitza Aparicio) working as a maid for an affluent Mexico City family in the early 70s. The family is based on Cuarón’s own which of the children will grow up to make Children Of Men and Gravity is a question the film doesn’t directly answer, but I have a pretty good idea.

But as Roger Ebert always said, a film is not what it is about but how it is about it, and Roma is a genuine motion picture event: photographed in large-format 65mm and mixed in multichannel Dolby Atmos, it’s an expansive, visually and aurally complex feature that demands to be seen in a state-of-the-art auditorium.

(In Toronto, it’s screening in 4K and Atmos this weekend at the TIFF Bell Lightbox, returning December 6 for a regular run that will add select 70mm screenings on December 14. And no, I have no idea why it’s that complicated.)

Cuarón uses the scale and complexity of his presentation as a factor of his storytelling, employing long, deliberate takes in which the camera pans back and forth across complex tableaux – a crowded intersection, a furniture store invaded by rioters, a martial-arts training session, a surgical suite, a restaurant where awful news is delivered, a climactic trip to the seaside – and we scour the frame for information, for minute changes in a character’s expression, for threats on the horizon.

You can do that on a small screen, but I wouldn’t recommend it. Neither would Cuarón, who tries throughout Roma to remind us of the value of a cinematic experience. He opens the film with several minutes of credits over a static shot of a courtyard, as if daring us to hit the “skip intro” button, and later sets a key sequence in a gargantuan movie house, where an audience laughs and howls at some terrible European WWII comedy as Aparicio’s Cleo tells her lover that she’s carrying his child.

Everyone else will forget this dopey movie as soon as they get home Cleo will remember going to see it for the rest of her life. I can’t imagine someone associating such an experience with watching Roma on Netflix, and I suspect Cuarón feels the same way.

How will this play with the Academy? They’ll be flattered. Oscar loves movies that love movies. (Six words: Best picture, The Shape Of Water.) And given Cuarón’s legacy status after Gravity, they’ll take Roma very seriously. I’d expect nominations for both best picture and best foreign-language film, as well as original screenplay, cinematography, film editing, production design, sound mixing and editing and maybe even visual effects.

Netflix’s other Oscar gambits may or may not pay off. The Kindergarten Teacher could generate a best actress nomination for Maggie Gyllenhaal, and Private Life might nab an original screenplay nod for Tamara Jenkins – but those are very crowded fields. So is the documentary category, where Shirkers might be a dark-horse contender if enough members see it.

The Ballad Of Buster Scruggs will probably prove too weird for the major categories – that’s what you get when you tell the Coen brothers they can do anything they want with your money. I’d still love to see Zoe Kazan get some supporting-actress recognition for her wonderful turn in her segment, though. And maybe Tom Waits could catch a supporting actor nod for his. (And as long as I’m making wishes, let’s get When A Cowboy Trades His Spurs For Wings nominated for best song – Gillian Welch needs an Oscar.)

But Roma – well, that’s as close to a sure thing as I can imagine. It’s a $15 million masterwork that looks like it cost five times as much, and if it doesn’t get Netflix to the Oscars, it’s still worth the investment in terms of cultural capital.

Go see it at the Lightbox. You’ll understand.