The Netflix surprise drop is the new direct-to-video dump 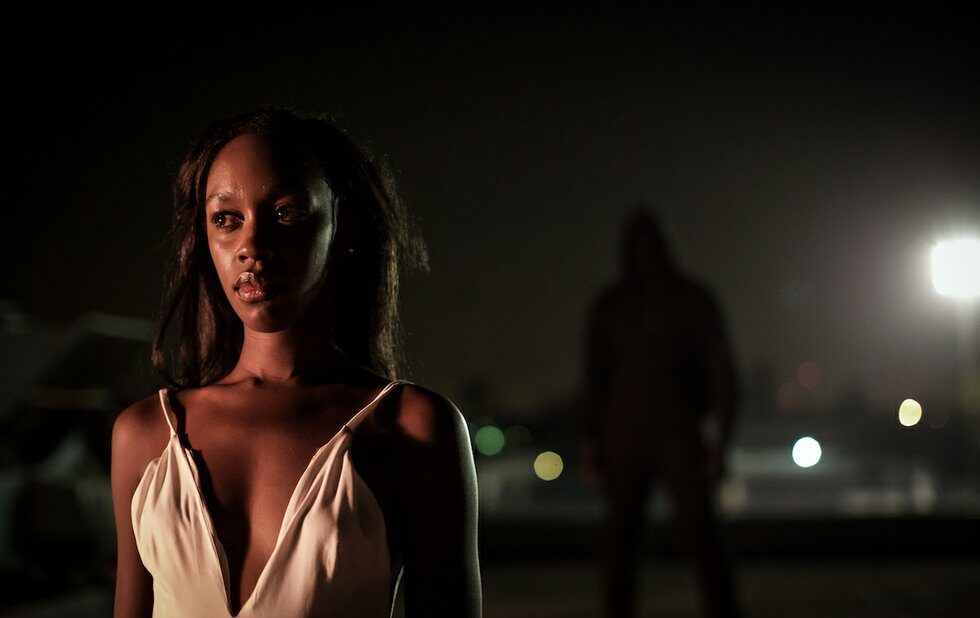 Surprise! This Sunday, April 14, Blumhouse Productions – the company that gave us the Purge, Insidious, Ouija, Unfriended and Happy Death Day franchises, as well as Jordan Peele’s Get Out and M. Night Shyamalan’s Split and Glass – is dropping a new horror movie on Netflix.

But here’s the catch: it’s not very good.

Dallas Jackson’s Thriller is being pitched as a return to the good old-fashioned slasher movie, with an assortment of teenagers being stalked around Compton by a masked killer who’s still angry about the awful prank they pulled on a classmate four years earlier – a prank that ended in a girl’s death, and the classmate going to prison for it. Now he’s out, and people connected to the incident are dying in all sorts of stabby ways.

Sounds like fun, right? Thriller is being pitched as a knowing riff on horror classics like The Burning and the original Friday The 13th, with a dash of I Know What You Did Last Summer. And the predominantly Black cast offers an interesting spin on the lily-white perspective of the slasher genre.

But the execution is terrible: Thriller is a cheap-looking, predictable exercise that doesn’t do anything to distinguish itself, either stylistically or structurally, from all the other forgettable post-Scream projects cluttering the DVD bargain bins.

Even the musical score by RZA (who’s an executive producer and appears briefly as the kids’ tuned-out principal) is content to quote John Carpenter’s immortal Halloween theme without playing any interesting variations on it. The whole thing feels like a missed opportunity to do literally anything novel with the genre.

Really, if Thriller was arriving as a scheduled release rather than a big surprise drop, you’d likely click right past its tile on the selection screen, and we wouldn’t be talking about it at all. And that’s exactly why they’re doing it this way: to get people interested in the shiny new thing that came out of nowhere.

Remember how excited everyone was about The Cloverfield Paradox when Netflix teased its release during the 2018 Super Bowl, and dropped it immediately after the game? It was all anyone could talk about for a day or so – until everybody saw it, and realized it was kind of terrible.

But that didn’t matter we’d already given Netflix the attention the company craves, more than justifying whatever it cost to pick up the streaming rights from Paramount Pictures. (It couldn’t have been much, and the studio saved itself the cost of marketing and releasing a movie that would have surely underperformed in theatres. Subsequently, Paramount sold Netflix the exclusive international rights to Alex Garland’s Annihilation, bypassing a theatrical run everywhere outside of North America.)

The surprise drop also gave Black Mirror: Bandersnatch much more of a presence than it might otherwise have had. A cult TV series releasing an interactive movie would definitely have generated some headlines, especially after the strongly received fourth season, but the Boxing Day release – with no advance notice, and nothing else to write about – guaranteed total domination of the media landscape for several days straight. Another unexpected bonus in that case: not everyone’s apps could play the thing right away, so the FOMO was pretty strong as the updates rolled out.

The FOMO will not be nearly as feverish for Thriller. It’s just a bad movie, and one that no longer really feels representative of Blumhouse’s low-budget, high-creativity mandate. In fact, I’m quite sure that’s why it’s bypassing theatres. Dropping it on Netflix is a much better way to get people talking… even if no one likes what they hear.

Anyhow, we’ll all have moved on by the time Beyoncé’s Coachella documentary Homecoming drops Netflix on April 17. They even gave us a week’s notice on that one, so it’s got to be good.