Oscars 2018: What should win, what could win… and what probably will win

Three Billboards and The Shape Of Water will likely take home the top prizes, but don't count out Get Out and Lady Bird 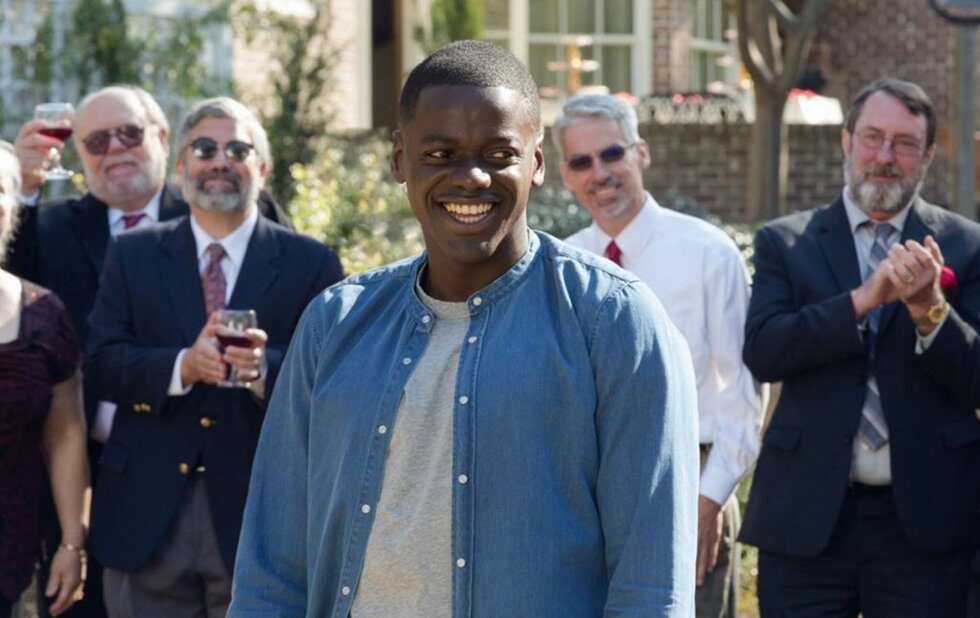 but probably wont win.|Call Me By Your Name|Christopher Nolan's Dunkirk

Daniel Kaluuya deserves best actor honours for Get Out, but probably won’t win.

In advance of the 90th annual Academy Awards ceremony this Sunday (March 4) in Los Angeles, I have been asked for my thoughts on who will win what and why. So here you go. Just remember: nobody saw Moonlight’s surprise win coming last year, and it’s all subjective anyway.

Nominated: Call Me By Your Name, Darkest Hour, Dunkirk, Get Out, Lady Bird, Phantom Thread, The Post, The Shape Of Water, Three Billboards Outside Ebbing, Missouri.

Should win: Three Billboards has been snapping up the top prize all season it feels like the attempts to derail its momentum have only encouraged its defenders – myself included – to dig in deeper.

Could win: The Shape Of Water is the supposed front-runner with 13 nominations in total, but I suspect its fantastical tone will prove too weird to win the top prize. (Guillermo del Toro’s a lock for best director, though.) I’d love to see Get Out, the actual best film of 2017, pull a surprise win, but I don’t think the Academy as a whole will go for it.

Should win: Kaluuya’s incrediblein Get Out, constantly cycling through states of suspicion, disbelief, dismissal and paranoia while maintaining a calm front to everyone around him. If he didn’t land every beat, the movie wouldn’t work. But will the Academy credit him or writer/director Jordan Peele?

Could win: Oldman’s been campaigning for this one since the casting announcement, and his performance elevates an otherwise unremarkable movie. And Day-Lewis, who’s supposedly retiring from acting, would go out with a record-setting fourth best actor prize.

Will probably win: I’m betting the Academy will connect with Oldman’s doubtful Churchill over Day-Lewis’s more mannered work – even if those mannerisms are part of his character. 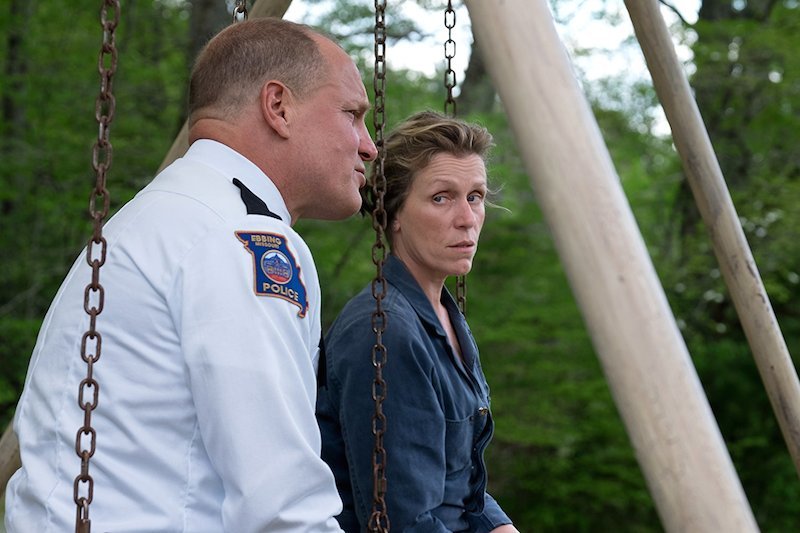 Should win: McDormand’s ferocity in Three Billboards makes her the front-runner by a mile, and the mountain of awards she’s already piled up suggests a pretty clear trajectory on Sunday night.

Could win: The Academy might also respond to Ronan in Lady Bird, since her performance embodies the film in the same way. But it’s softer work, and that doesn’t fare well against big dramatic turns. Hawkins had the trickiest job of all, but again: what she’s doing looks small and gentle, even if it isn’t.

Should win: Harrelson and Dafoe, who both play figures of authority struggling with more compassion than they’re allowed to show, were my favourites. And Rockwell is phenomenal in Three Billboards, embodying the film’s thesis as a violent, dull-witted bully who can’t understand why no one sees him as a person.

Could win: You can never count out the oldest or youngest nominee in the supporting categories, so Plummer technically has a shot. And Jenkins is quietly wonderful in The Shape Of Water, but his work has a modesty that makes it go unnoticed.

Will probably win: Rockwell, who’s as important to Three Billboards as McDormand.

Should win: This category comes down to the battle of the moms, as Metcalf and Janney have dominated the awards circuit. I think it’ll go to Metcalf, who channels frustration and love without ever tipping over into caricature. Janney’s great in I, Tonya, but she’s still playing a cartoon.

Could win: If enough members appreciate Manville’s steely calm opposite Day-Lewis’s fussing in Phantom Thread, she could be a dark horse. And Spencer’s role requires her to interpret Hawkins in most of her scenes, so if voters go to Hawkins she and Jenkins could also be carried along. Blige, sadly, didn’t get enough screen time to really compete here.

Will probably win: Metcalf. And she deserves it.

Should win: Depending on who’s watching it, Get Out plays as straight horror, knowing comedy or blistering allegory – and maybe all three at once. It’s as original as they come.

Could win: Honestly, all five of this year’s contenders are deserving of a win. In an ordinary year I’d say Gerwig and Peele have the edge for their very personal projects, but they’re also up for the director prize and McDonagh isn’t, which might lead the Academy to recognize him here.

Will probably win: McDonagh wins this one, and Three Billboards takes best picture. Count on it! 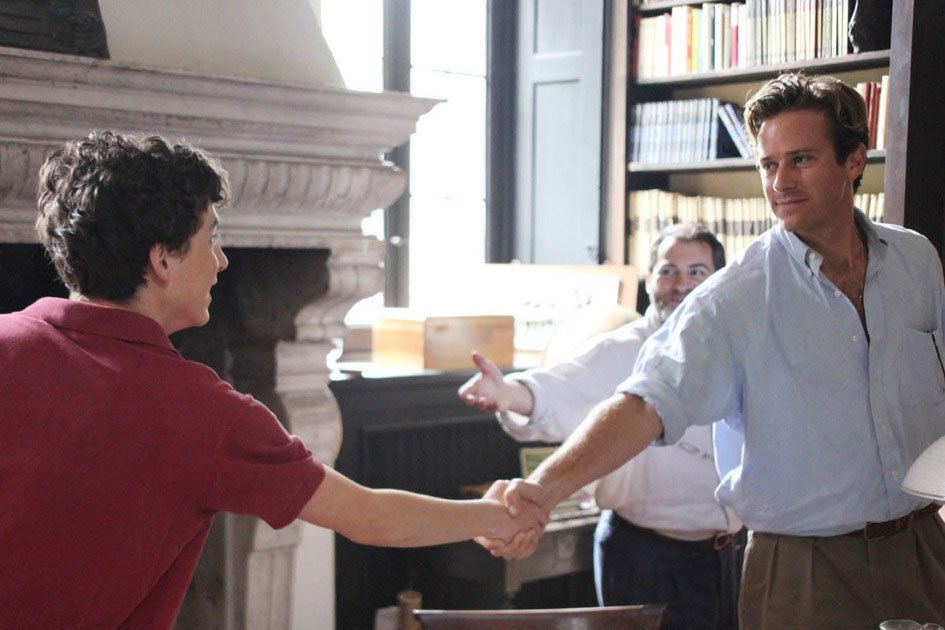 Should win: The Disaster Artist was the trickiest adaptation of the five, but its lack of recognition in any other category means it almost certainly won’t win. And as good as Logan was, ditto. Call Me By Your Name seems like a lock here, distilling an emotionally dense novel into a simple love story.

Could win: Rees and Williams could take it for Mudbound, which juggles the viewpoints of multiple characters over a lengthy running time. And if the Academy isn’t as tired of Sorkin’s self-absorbed moralizing as the rest of us, the unchallenging issue-picture structure of Molly’s Game could run it right up the middle.

Will probably win: Call Me By Your Name.

Should win: Del Toro has been winning this prize all season, and he seems like a lock here too, given that The Shape Of Water racked up almost twice the nominations of any other contender. And he deserves it… but so does almost everyone else in the category.

Could win: Gerwig and Peele are both hot candidates for the original screenplay prize, but if the votes split, the Academy could give Gerwig that win and honour Peele here instead. 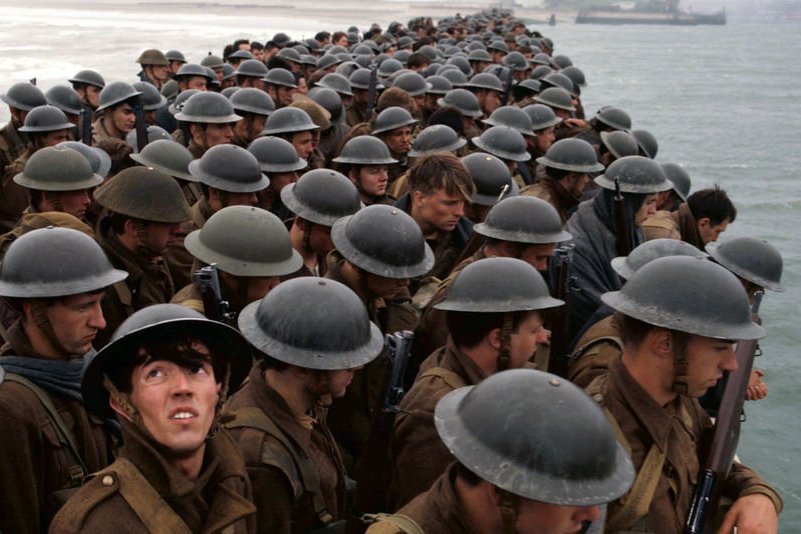 Should win: I’m all in for Baby Driver, which marries its cuts to the constantly changing beats of Edgar Wright’s carefully calculated playlist for two exhilarating hours. But the concentric, time-scrambled circles of Dunkirk require similar artistry, and the subject matter might resonate more with the Academy.

Could win: Baby Driver picked up the BAFTA for film editing – just a friendly nod to a fellow Brit, or a sign that the industry is ready to recognize and reward genuinely revolutionary work?

Should win: If Gary Oldman is due, then Deakins – whose stunning work is essential to the impact of Blade Runner 2049 – is appallingly overdue.

Could win: Morrison is the first woman ever nominated in this category, and her work on Mudbound is awfully good. And you can’t count Laustsen out for The Shape Of Water, which could well sweep the tech categories.

Will probably win: The Shape Of Water. Just a feeling.