Oscars 2019 predictions: who deserves to win (and who really will) this Sunday? 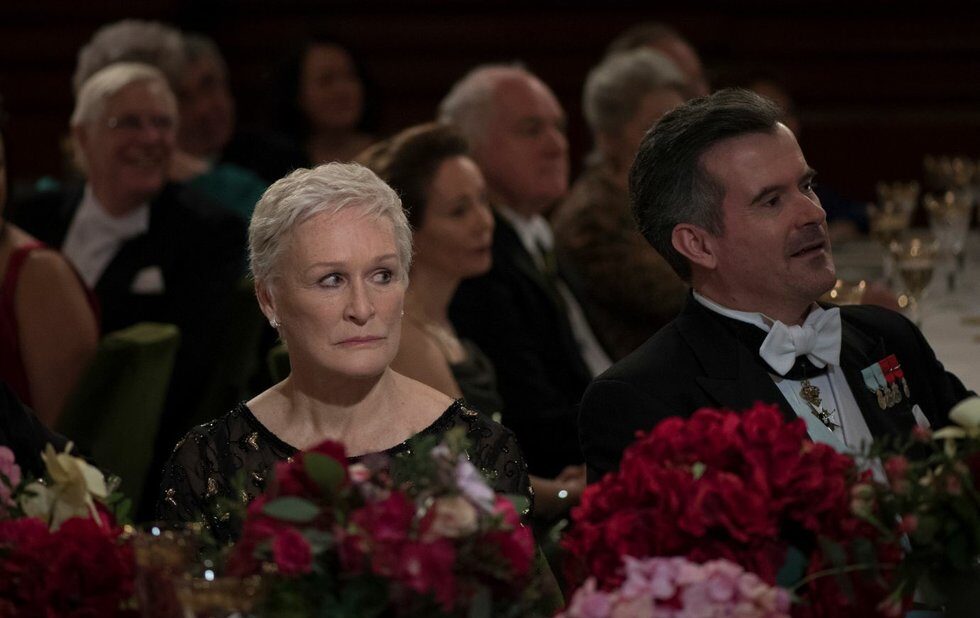 Glenn Close's best actress Oscar win for The Wife seems like a sure thing. But most of the other categories are up in the air.

Still not done with your Oscar pool? Want to pretend you have some clarity in one of the most unpredictable awards seasons in years? Here’s a handy guide to the top 10 Oscar categories in Sunday’s race, with the proviso that nobody knows anything, the Academy isn’t a single hivemind but an association of thousands of industry professionals of all ages, genders and creeds, and that I didn’t bother with best original song because if Lady Gaga doesn’t win that, there’s no hope for humanity.

Happy Oscar weekend, and remember to keep yourself hydrated during the ceremony. That fourth hour’s always a killer. 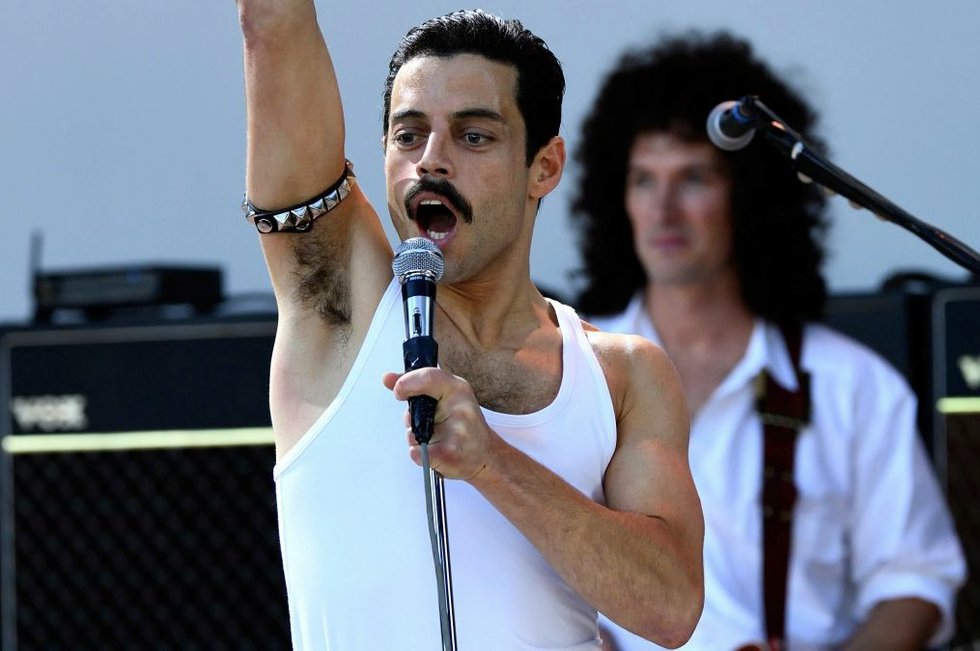 Bohemian Rhapsody, starring Rami Malek, could win the biggest prize of the night.

It’s a horse race this year. Roma and The Favourite would appear to have the edge with 10 nominations apiece, but BlacKkKlansman has been building a lot of buzz around Spike Lee, which could carry over into the vote for best picture. And the aging cohort of the Academy might still prefer the unchallenging mainstream “entertainments” of Green Book or Bohemian Rhapsody… or the left-wing pandering of Vice.

Should win: Roma. It’s a masterwork.

Could win: The Favourite, if Fox Searchlight can work the same magic it did last year with another very specific, unapologetically odd little movie.

Will win: Bohemian Rhapsody, because everybody likes Queen and there is no justice in the world.

Christian Bale disappears under prosthetics and a monotone to play Dick Cheney in Vice. Rami Malek disappears under false teeth and a weird husky voice to play Freddie Mercury in Bohemian Rhapsody. Can Bradley Cooper, Willem Dafoe and Viggo Mortensen even get anyone to notice them?

Could win: Bale, if voters mistake effort for performance… which, admittedly, worked for him on The Fighter.

Should win: Cooper, whose work as a scene partner to Lady Gaga and Sam Elliott in A Star Is Born is far more nuanced and emotional than he’s been given credit for.

Will win: Malek, who’s been carrying the entire Bohemian Rhapsody campaign on his back. (And he kinda has to, since Bryan Singer isn’t exactly making himself available to the press.)

This one seems pretty simple. Glenn Close has never won an Oscar, is easily the best thing about The Wife and has been working very hard to remind people of both of those facts this awards season. But the idea that this is Close’s year does a disservice to Olivia Colman and Melissa McCarthy, who are phenomenally good as the miserable monarch Queen Anne in The Favourite and the equally miserable literary forger Lee Israel in Can You Ever Forgive Me?

Could win: Colman, if the support for The Favourite coalesces around her performance.

Should win: I’d be happy with either Colman or McCarthy winning.

Will win: Close. It’s her year. Ask anyone.

This is a tough one. Mahershala Ali is effectively a co-lead in Green Book with Viggo Mortensen, which makes him a contender under the Tommy Lee Jones rule. But Sam Elliott – a consummate pro who makes his every moment in A Star Is Born sing – is the oldest nominee, and the supporting categories often favour ingénues and veterans. Sam Rockwell won this prize last year for Three Billboards Outside Ebbing, Missouri, but he keeps George W. Bush from being a total cartoon in Vice. And then there’s Richard E. Grant, who’s also the co-lead of Can You Ever Forgive Me? and has been a delightful presence throughout this entire awards season. (Adam Driver’s great in BlacKkKlansman, too, but the role doesn’t have the awards-bait pop.)

Should win: Elliott, just for that scene in the truck.

Will win: Rockwell, because George W. Bush being a doofus is something everyone can agree on.

Rachel Weisz and Emma Stone are both terrific as cousins and court rivals in The Favourite, but the more openly emotional arc of Stone’s Abigail might give her an edge with voters. Regina King owns every moment she’s on screen in If Beale Street Could Talk, but the film’s lack of support in other categories lowers her chances. (Conversely, the Roma campaign has centred on Alfonso Cuarón’s accomplishments, which means the nominations are the awards for Yalitza Aparicio and Marina de Tavira.) But there’s a spoiler: this is Amy Adams’s sixth Oscar nomination in 13 years, which means some voters might think she’s due.

Should win: King, who absolutely owns every moment she’s onscreen in Beale Street.

Will win: Stone. Not technically an ingénue, but it’s the ingénue’s role. (See above re: Sam Elliott.) 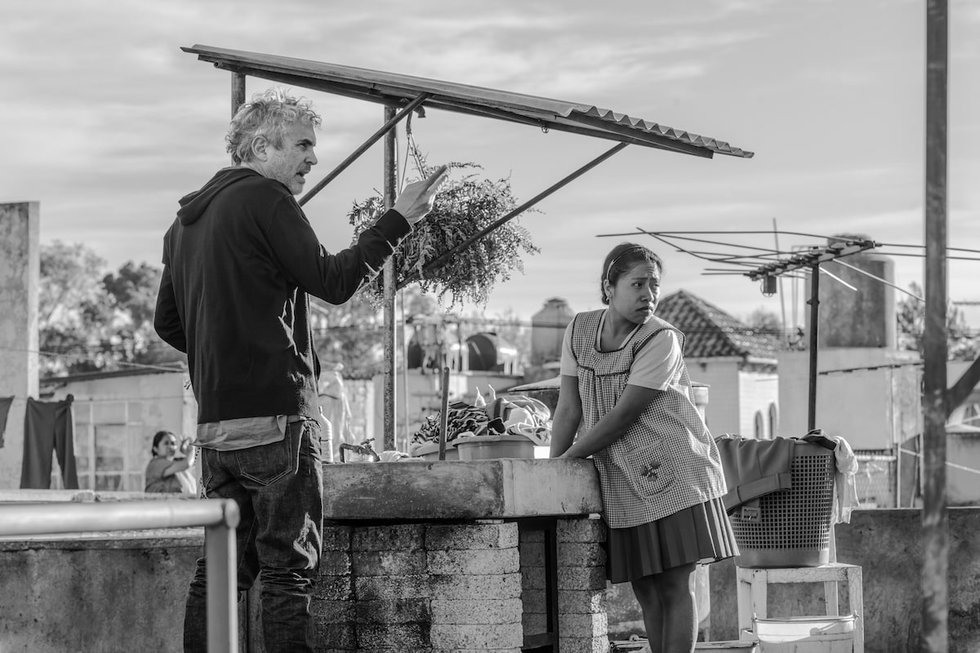 Alfonso Cuarón won this award for Gravity, and seems like a lock to win again for Roma – especially if the Academy goes another way with the best picture prize. But Spike Lee might have a shot if enough voters watched their BlacKkKlansman DVDs it’s the sort of audacious, go-for-broke moviemaking that put him on the map in the first place, and it feels urgent and personal after a long fallow period. For Adam McKay, Yorgos Lanthimos and Pawel Pawlikowski, it’s just an honour to be nominated.

Another horse race! The Favourite and First Reformed are original, eccentric works that stretch the boundaries of their specific genres, while Vice has to convey a lot of historical detail in a loose, freewheeling manner – and Adam McKay won best adapted screenplay for doing something very similar in The Big Short. Meanwhile, Roma and Green Book are true-ish histories written by the people who were there, sort of.

Could win: Green Book, because you can never count out a movie written by the son of the guy in the movie, even if that guy turned out to be a MAGA chud.

Should win: First Reformed, which feels like the culmination of Paul Schrader’s entire career.

Will win: The Favourite. It’s all in the language.

This is Bradley Cooper’s best chance at getting to the podium, having co-written A Star Is Born with Eric Roth and Will Fetters. But every movie in this category offers the chance to reward a filmmaker: Spike Lee could take it for BlacKkKlansman, Barry Jenkins might win if enough voters appreciate his expert adaptation of James Baldwin’s If Beale Street Could Talk, and Nicole Holofcener winning for Can You Ever Forgive Me? would be a very special acknowledgment, since she was going to direct that film (with Julianne Moore in the lead) before production collapsed and she handed the project to Marielle Heller. And you can’t really count out Joel and Ethan Coen for The Ballad Of Buster Scruggs … except in this case, you probably can.

Could win: A Star Is Born.

Should win: If Beale Street Could Talk.

Will win: Can You Ever Forgive Me? That script just sings.

As with Z, Life Is Beautiful, Crouching Tiger, Hidden Dragon and Amour, the double nominations for picture and foreign-language film make Roma the front-runner here – and also seems to preclude the Academy giving it the top prize. But if voters decide to name Roma the year’s best picture, they might choose to back another black-and-white period film, Cold War. Pawel Pawlikowski’s also nominated for best director this year, but doesn’t have a chance there however, he won this award for Ida four years ago, which might give him just enough juice to win it again. But it’s still a very long shot.

Will win: Roma, and that’s why it won’t win best picture.

Having already won this award twice for his previous features The Incredibles and Ratatouille, Brad Bird seems set for a threepeat with his first Pixar project in over a decade, Incredibles 2. But wait! Spider-Man: Into The Spider-Verse, which turns decades of convoluted Marvel continuity into delirious, easy-to-follow fun, while Isle Of Dogs is a typically bespoke delight from Wes Anderson (unless you’re put off by the cultural appropriation). By contrast, Ralph Breaks The Internet seems a little too slick and Mirai a little too niche.

Could win: Isle Of Dogs.

Should win: Spider-Man: Into The Spider-Verse.

Will win: Incredibles 2. So it goes.

See our predictions in the Oscar shorts categories here.