Maybe we do need a host to help us cope with this year's bizarre distribution of prizes, which saw Green Book and Bohemian Rhapsody take major prizes over their more deserving competition. (But at least Olivia Colman won.) 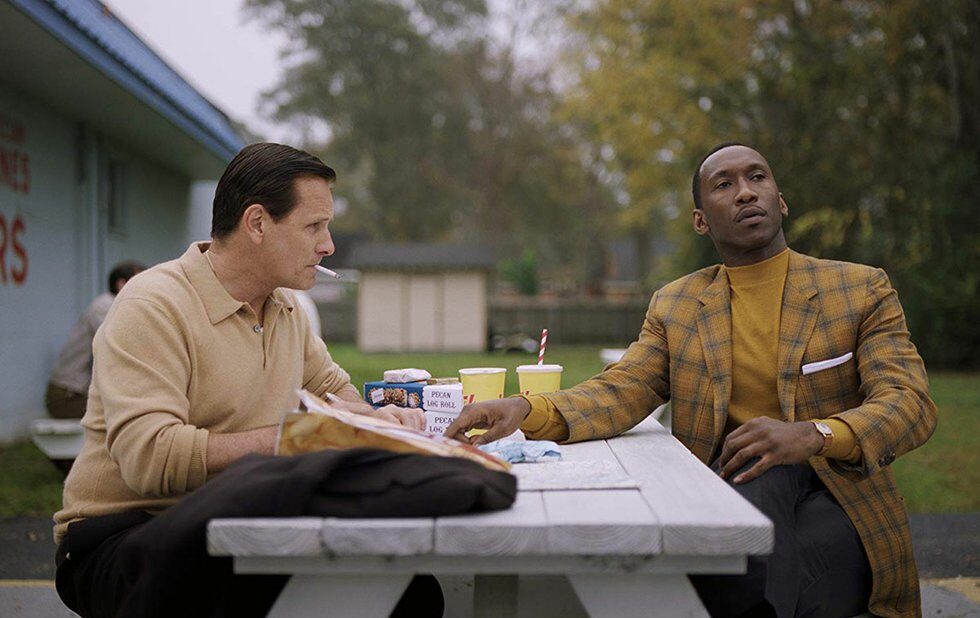 This? This is your best picture winner?

This was the year the Oscars gave me whiplash. And a headache.

For every righteous win (BlacKkKlansman taking adapted screenplay, giving Spike Lee his first Oscar) there was a grudging disappointment (the banal Skin winning live-action short over the more deserving Fauve, Marguerite and Mother).

And for every stunning upset (fuck yes, Olivia Colman), there was a shocking reversal … like Green Book winning best picture. Because honestly, what the hell.

Maybe the Oscars do need a host. Having someone stepping up to the mic while blinking back confusion would at least have reflected our own shock back at us: seriously, what was up with Bohemian Rhapsody winning four Oscars and Green Book taking three, including the top prize, in a year that also had Alfonso Cuarón win three awards for the staggering artistic accomplishment of Roma?

Not that I expected Roma to win best picture – no foreign-language feature ever has – but when it took foreign-language, cinematography and director (all accepted by Cuarón, who was also up for original screenplay), I started to think the Academy might be making more respectable choices this year.

The Favourite, maybe it was up for 10 nominations, after all! In the end, it won just the one, but Colman was so ebullient, so surprised and so delighted to win best actress instead of Glenn Close – to whom she rather gracefully apologized from the stage – that it felt like one substantial prize was enough.

Black Panther and BlacKkKlansman were always long shots, too rooted in genre to connect with a majority of voters. Same for Vice, too, I guess Adam McKay’s one-note Dick Cheney biopic had to content itself with a make-up and hairstyling win, which it certainly earned.

I’d been predicting a Bohemian Rhapsody win for a few weeks, because everything I’ve been hearing from that film’s supporters suggested they were doubling down on it in the face of inconvenient truths about director Bryan Singer and the film’s various sins of omission. Turns out the Green Book supporters were doing the exact same thing about the movie’s white-saviour narrative and Nick Vallelonga’s own uncomfortable behaviour … and there were more of them.

I can’t even take exception with those films taking acting prizes, since the performances are what make them work. Rami Malek gives Freddie Mercury a depth and complexity Bohemian Rhapsody wasn’t winning to provide, and Mahershala Ali’s double-act with Viggo Mortensen makes Green Book as good as it is.

Is it a film that deserves to win best picture? Not in the slightest.

If you want a well-made studio picture with fully realized performances, A Star Is Born was right there Bradley Cooper and Lady Gaga’s performance of the film’s Oscar-winning centrepiece Shallow – televised in a single, unbroken shot – was a handy reminder of its piercing, unforced intimacy. But no, the Academy went for a well-intentioned movie about a white person who learns to be less racist by befriending a Black person and discovering their common humanity, just like they did with Driving Miss Daisy 29 years ago.

Some progress would be nice. And with other choices – with Ruth Carter and Hannah Beachler winning for Black Panther’s costume design and production design, respectively, and with Toronto’s own Domee Shi winning best animated short for her delightful, bizarre Bao – it felt like Oscar was being a little more thoughtful this year.

It started off on the right foot, with Tina Fey, Amy Poehler and Maya Rudolph joking around and Regina King winning best supporting actress for If Beale Street Could Talk – an award she absolutely deserved, and clearly didn’t think she’d win, based on her reaction and nervous delivery of her acceptance speech.

And barring the odd speed bump, the show clicked along efficiently for the first hour or so. No embarrassing musical numbers or misbegotten populist stunts, no lumbering montages about the wonder of cinema. Just presenters, clips, songs and winners, some of which raised an eyebrow – Bohemian Rhapsody winning sound mixing and sound editing, huh, okay – but most of which felt pretty good overall.

Then it started to get weird. Bohemian Rhapsody, which is a mess of a film by any objective measurement, won best film editing, but things were rebalanced by Spider-Man: Into The Spider-Verse – the year’s other complex, diverse and exhilarating Marvel movie – grabbing best animated feature.

But wait! The resolutely unchallenging Green Book won best original screenplay – beating out The Favourite, First Reformed, Roma and Vice. That was a real shock, but one that was quickly diffused by another, more positive surprise when Samuel L. Jackson called up his old pal Spike Lee (and co-writers Charlie Wachtel, David Rabinowitz and Kevin Willmott) for BlacKkKlansman’s adapted screenplay. It was the only award the film would win that night, but it was a good one: if you want to honour a movie for saying something, the script is a good place to start.

And then it kind of went back and forth for the rest of the night. Roma winning foreign-language feature: viva Alfonso! Malek winning for best actor: yeah, we all saw that one coming. Colman winning best actress: a jaw-dropper, but a good one. Cuarón coming back a third time for best director – presented by his old friend Guillermo Del Toro, last year’s winner for The Shape Of Water – made everybody happy.

Green Book winning best picture? Sure, it’s nice that Crash will no longer be Oscar’s biggest punching bag, but … I mean, come on. It’s not a pleasing wisp like The Artist, or a proficient hybrid comedy/thriller like Argo. It’s a disposable crowd-pleaser – however well-acted – that grins and shrugs “racism, whaddaya gonna do?”, and seeing it win in a year where so much of the conversation is about how awards bodies can and should be more thoughtful about what work they choose to elevate – feels like a gut punch.

I’ll tell you this, though: I would have loved to see John Mulaney and Awkwafina try to get through the goodnights afterward. If the Oscars decide to have a host next year, let’s see if they’re available.