NOW MagazineMovies & TVNews & FeaturesOscars 2020 predictions: Who’s going to win? Why should you care?

Oscars 2020 predictions: Who’s going to win? Why should you care? 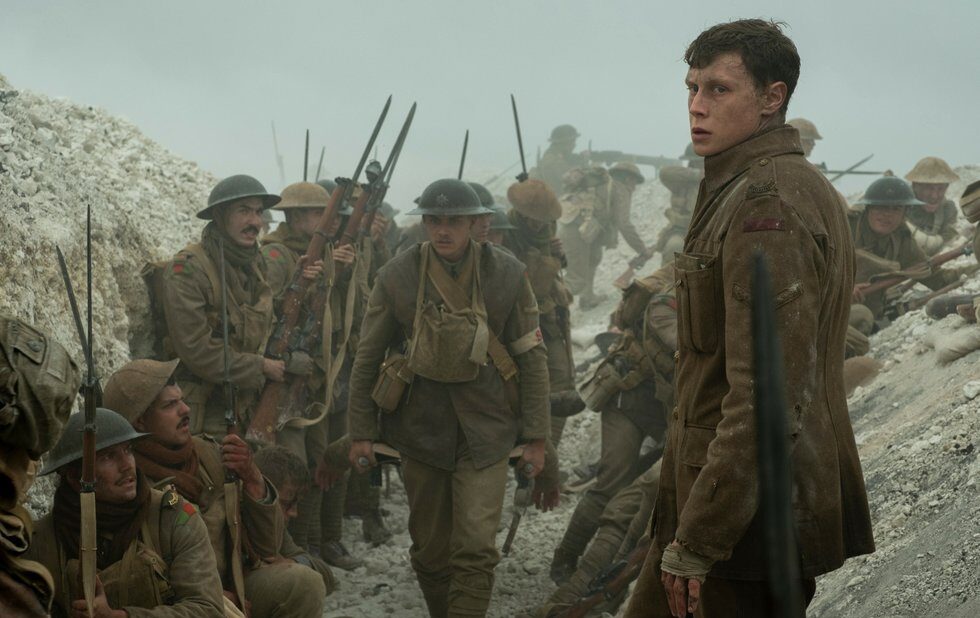 Sam Mendes's 1917 will likely march its way to the best picture Oscar on Sunday.

The most important factor, when making Oscar predictions, is that no one knows anything. Yeah, you can argue for the PGA and SAG nominations as indicators of a given film picking up momentum within the industry, and the importance of an editing nod to a best picture win, but stats can only get you so far. No one saw Green Book taking the top prize last year. (And most of you forgot that even happened, didn’t you?)

Anyway, after all the critics’ podcasts and the targeted ad buys and the awards-circuit interviews, we’re finally at the end. Here are my predictions for the major categories, which are exactly as valid as anyone else’s.

How did 1917 become the front-runner? By trudging steadily onward, picking up prize after prize on the way to the big show in much the same way George MacKay’s dogged soldier marches on through the hell of WWI France. Other nominees have passionate supporters – your Parasites, your Once Upon A Time … In Hollywoods, even your Jokers – but they also have their detractors. 1917 is just sort of there, you know?

Should win: Parasite, which is not only the best picture of the year but one of the best pictures of the decade. It’d also be the first foreign-language film to take the top prize, which would be a hell of a thing.

Could win: Once Upon A Time … In Hollywood, if Sony’s craven “Movies! You like those, right?” campaign resonates with enough voters. 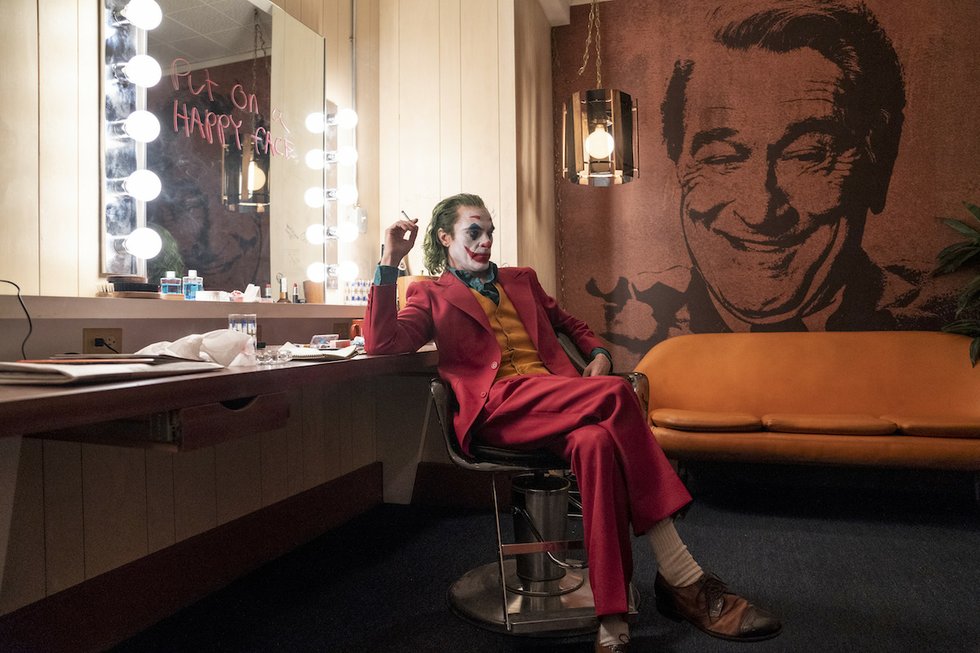 Joaquin Phoenix is the only reason people are still talking about Joker.

Antonio Banderas gives the performance of his career as Pedro Almodóvar’s fictional alter ego in Pain And Glory … but because he did it in Spanish, it’s almost guaranteed to be overlooked by voters unwilling to suffer through subtitles. (See also: Parasite.) And while Leonardo DiCaprio and Adam Driver did fine work in Once Upon A Time … In Hollywood and Marriage Story, respectively, neither they nor Banderas’s erstwhile Evita co-star Jonathan Pryce (nominated for The Two Popes) have a chance against Joaquin Phoenix in Joker.

Should win: Banderas. But, subtitles.

Could win: DiCaprio, if Tarantino’s movie manages a surprise sweep.

Will win: Phoenix, who’s the only reason anyone is still talking about Joker.

It’s wild that Scarlett Johansson, who’d never been nominated for an Oscar before, is now up for two of them and unlikely to win either one. (Also deeply unfair, but that’s just the way these things shake out.) Her career-best work in Marriage Story is almost certain to be overlooked, while Saoirse Ronan’s Little Women performance will be passed over because Jo March doesn’t spend as much time at the centre of the narrative. Charlize Theron’s work in Bombshell is more about mimicry than finding the soul of a real person if the Academy wants to honour that, there’s Cynthia Erivo in Harriet and Renée Zellweger in Judy.

Should win: Johansson, who leaves it all on the set.

Could win: Erivo, a powerhouse in a flawed film.

Will win: Zellweger, because that’s what Judy was made for.

Conventional wisdom holds that the supporting categories favour veterans and ingénues, but conventional wisdom goes out the window this year. Hell, four of the five supporting-actor nominees already have at least one Oscar apiece, and Tom Hanks and Al Pacino have two. Of all of them, only Brad Pitt has never won an acting Oscar… and his work in Once Upon A Time… In Hollywood, which feels like a master class in deconstructing his own image, seems certain to rectify that.

Should win: Pitt’s performance goes a long way towards making his movie watchable, though I wouldn’t mind seeing it go to Hanks for his heartfelt take on Fred Rogers in A Beautiful Day In The Neighborhood.

Could win: Hanks. Or Pacino. Or Joe Pesci. Anybody but Anthony Hopkins, really. 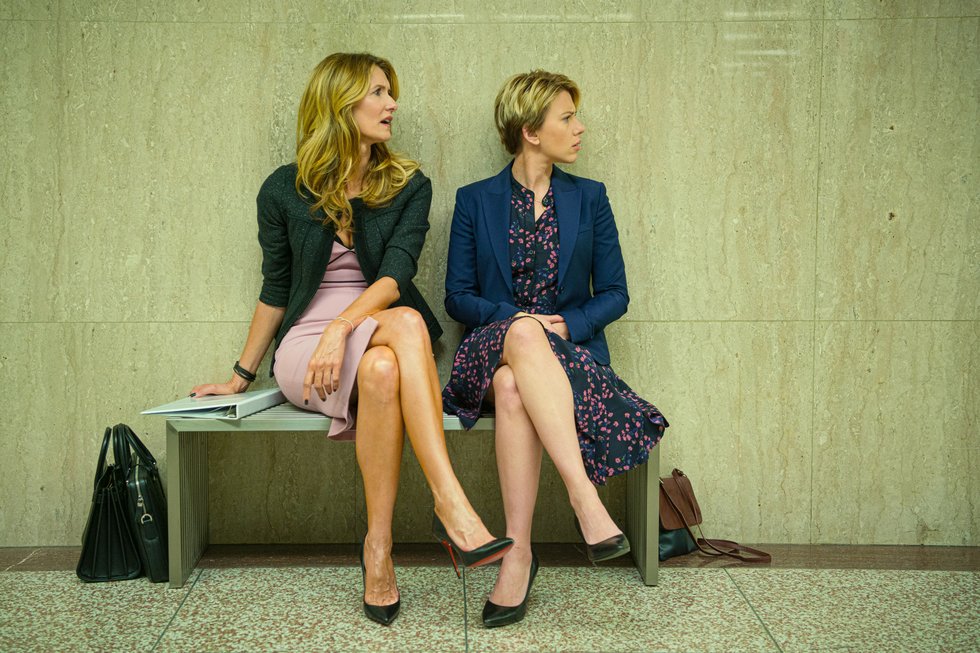 Laura Dern (left) should pick up an Oscar as Scarlett Johansson’s savvy lawyer in Marriage Story.

Fun Oscar fact: Laura Dern, nominated for her performance as Scarlett Johansson’s terrifyingly capable divorce attorney in Marriage Story, is up against two of her own co-stars this year: Johansson is nominated in this category for Jojo Rabbit, and Florence Pugh is nominated for Little Women, in which she plays Dern’s daughter. Richard Jewell’s Kathy Bates and Bombshell’s Margot Robbie feel like much longer shots if Robbie had been nominated for Once Upon A Time… In Hollywood, she might have had more of an edge.

Could win: Florence Pugh, who’s been having a bit of a year. (And this category does love an ingénue.)

Okay, no one really believes Todd Phillips has a chance for the Scorsese-lite Joker in a year where Scorsese himself is nominated, so that’s easy. But The Irishman hasn’t demonstrated any of the traction necessary to grab the major prizes, so Scorsese seems like a long shot as well. Parasite and Once Upon A Time… In Hollywood are unquestionably the visions of singular filmmakers, so Bong Joon-ho and Quentin Tarantino could have a shot – and Alfonso Cuarón’s win for Roma last year suggests the language barrier isn’t much of an issue in this category. Still, Sam Mendes has been making damn sure everyone knows how hard he worked on 1917, and the Academy frequently confuses “most” for “best” when it comes to direction. (See also: Alejandro González Iñárritu.) 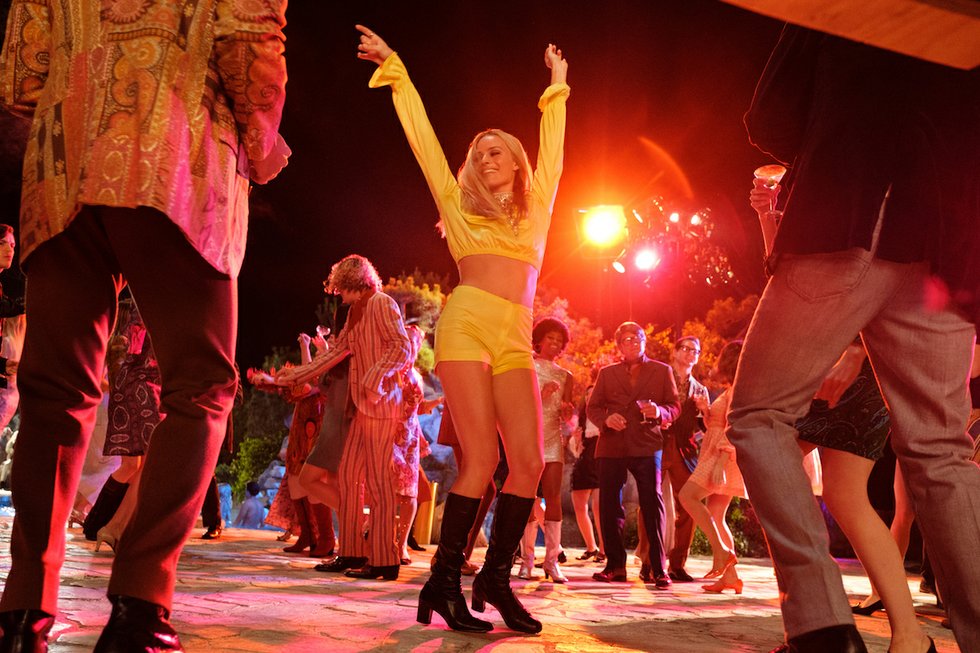 Once Upon A Time… In Hollywood could win Quentin Tarantino another screenplay Oscar.

Bong Joon-ho and Han Jin-won’s Parasite is a marvel of construction and character detail, and if the movie proves the juggernaut it ought to be it’ll snap this prize up easily. But it’s feeling more and more like Parasite has a shot at one or two prizes – maybe international-language film and production design? Meanwhile, both Quentin Tarantino’s Once Upon A Time… In Hollywood and Rian Johnson’s Knives Out scratch a certain old-school itch that could appeal to the Academy’s more traditional cohort. And Tarantino’s been nominated for this prize three times before, winning twice. So the odds are with him… unless Noah Baumbach’s Marriage Story script really catches fire. Strangely enough, this is the one major category 1917 seems to have little chance of winning… even though Sam Mendes and Krysty Wilson-Cairns’s script is the blueprint for all the technical wizardry the film deploys.

Could win: Knives Out.

Will win: Once Upon A Time… In Hollywood.

This year is filled with daring adaptations – the tonal high-wire act of Taika Waititi’s Jojo Rabbit, the time-shuffling of Greta Gerwig’s Little Women and Steven Zaillian’s The Irishman, the elaborate means by which Todd Phillips and Scott Silver pretend they’re not just remaking Taxi Driver and The King Of Comedy with Joker. And then there’s Anthony McCarten opening up his own stage play The Pope as The Two Popes, which feels a little less risky.

Could win: The Irishman.

Will win: Little Women, if only because Gerwig’s original screenplay for Lady Bird lost to Get Out two years ago and the Academy might want to make it up to her.

With five other nominations (including picture, director and original screenplay), Bong Joon-ho’s Parasite is the clear front-runner for the former foreign-language award. But Pedro Almodóvar’s Pain And Glory has its supporters, who might check this box while voting for Antonio Banderas as best actor. Corpus Christi, Honeyland and Les Misérables have a much harder path.

Should win: Bong Joon-ho’s Parasite, the best movie of 2019 in any language.

Could win: Pain And Glory, though it’d be a huge upset.

Will win: Parasite, and – as we saw last year with Roma – that’s why it won’t win best picture. 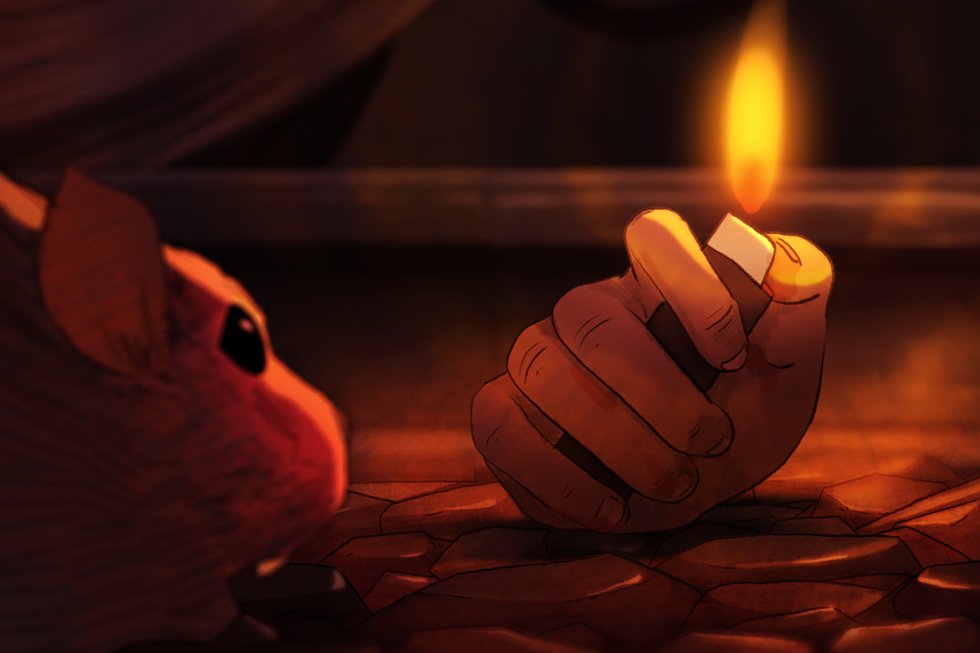 Netflix’s I Lost My Body could win the animated feature prize on Sunday.

This one’s trickier than usual. DreamWorks’ How To Train Your Dragon: The Hidden World and Disney-Pixar’s Toy Story 4 are sequels, Laika’s Missing Link made almost no impression theatrically and I Lost My Body and Klaus, while both very charming, are almost entirely dependent on Netflix voter outreach. Which is something Netflix has proven pretty good at in the past.

Should win: I Lost My Body, especially if Netflix realizes Jérémy Clapin’s artful drama represents its best shot at an Oscar this year.

Could win: Toy Story 4, because this category is usually Pixar’s to lose. (Which is exactly what happened last year when Into The Spider-Verse beat Incredibles 2.)

Will win: I Lost My Body.

Here’s another tricky category: decades of wins and snubs have demonstrated that the quality of the nominees isn’t nearly as important as the story behind a given film’s production, and the subject it tackles. For example: American Factory is a devastating look at the working-class people who become the collateral damage of late capitalism, but it’s “just” a documentary the filmmakers were never in any danger shooting it, and it presents its narrative in a straightforward manner. By contrast, Waad al-Kateab and Edward Watts’s For Sama is a mother’s video diary to her daughter from a war zone Petra Costa’s The Edge Of Democracy rides along with two successive presidents of Brazil as they’re persecuted by a right-wing cabal bent on derailing their attempts to reform the country Feras Fayyad’s The Cave employs some very manipulative editorial techniques to play up the dangerous conditions in which it was shot. And Ljubomir Stefanov and Tamara Kotevska’s intensely cinematic Honeyland spends as much time on its haunting images as the advancement of its narrative. So who wins? Probably the movie that’s nominated in more than one category.

Should win: I’d be fine with either American Factory or For Sama winning this one. They’re both great.

Could win: The Cave, if the voters decide its more egregious manipulations are a feature rather than a bug.

Will win: Honeyland, which is also nominated in the international-film category – and sure to lose to Parasite. So people will vote for it here instead.