Oscars 2020: Parasite’s win proves sometimes the Academy gets it right

Everyone saw Joaquin Phoenix's and Renée Zellweger's acting wins a mile away, but Bong Joon-ho's dark-horse thriller winning best picture was a thrilling capper to a really good night 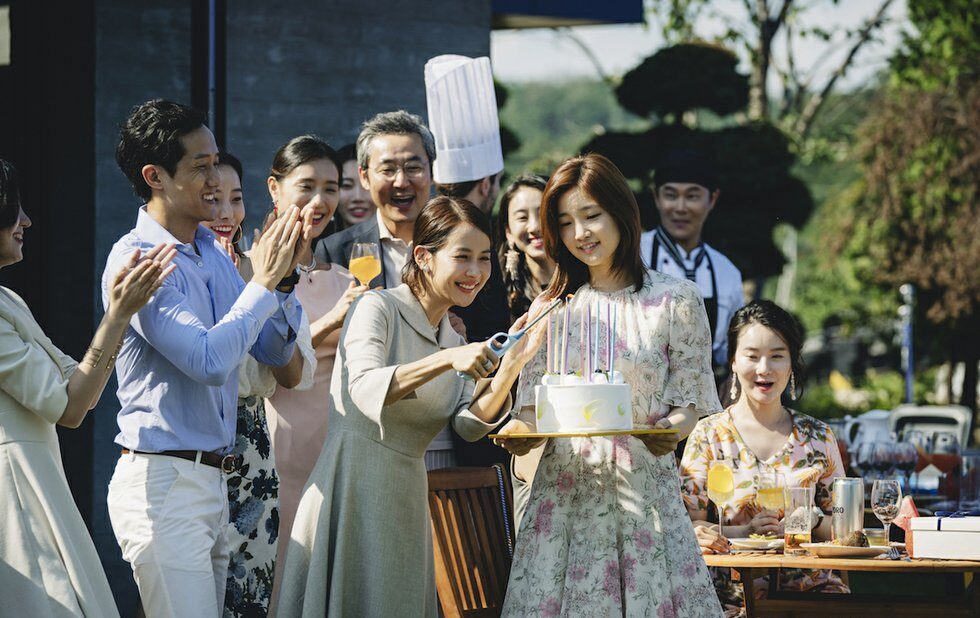 Sometimes the Academy gets it right. Sometimes it’s more about the art than the science, the best picture really is the best picture, and even when the show is as bloated and sluggish as it always is, everyone goes out on a high.

After weeks of being seen as a dark horse, Bong Joon-ho’s Parasite finally made it to the finish line, its six Oscar nominations resulting in four triumphant wins – best original screenplay, best international film, best director and, yes, best picture – to become the first film in a language other than English to win the top prize, and to tie the record for most Oscars won by a single person in a single year. Walt Disney did it in 1954 now, Bong shares the distinction.

And Bong was, if nothing else, a graceful winner.

Clearly thrown by his best director win, he steered the applause into a standing ovation for Martin Scorsese, citing his category-mate’s maxim that “the most personal is the most creative” as an artistic statement he’d carved into his heart. Scorsese could be seen choking up in the audience. It was the sort of moment that justifies watching the show year after year.

At three hours and 33 minutes, the 92nd Academy Awards was a little shorter than some, but still longer than it needed to be for those of you keeping track, that running time is four minutes longer than The Irishman, which also had the indignity of being the sole best picture nominee this year to go home empty-handed. (Scorsese’s Netflix gangster epic was nominated 10 times in nine categories.)

What were Zellweger and Phoenix saying?

Renée Zellweger won best actress for her interpretation of Judy Garland in Judy, and gave a long, impassioned speech in which she thanked a great many heroes, both personal and professional, somehow getting Neil Armstrong in there on her way to the point that inspirational figures like Garland are essential to building a better future.

It was fumbly but genuine, which you can also say about the speech that immediately preceded it: Phoenix’s best-actor acceptance was just as long and just as rambling, during which the Joker star thanked no one in particular but argued for empathy and understanding instead of the reflexive condemnation of “cancel culture,” pointing out how he had personally benefitted from forgiveness and second chances after years of being notoriously difficult to work with.

Twitter was snarking at both speeches, but I’d rather watch people be honest and inarticulate than polished and empty, and this was definitely that kind of night.

Can we knock some of the presenters for being stiff and taking up too much time? Sure. Can we wonder why the Academy brought Eminem in to sing all of his Oscar-winning Lose Yourself 18 years after the fact, when wild talents like Lin-Manuel Miranda, Cynthia Erivo, Janelle Monáe and Billie Eilish were right there in the building and available to do other, weirder stuff? Absolutely – and Monáe’s opening production number, which started with a gentle reprise of the Mr. Rogers’ Neighborhood theme song and expanded to accommodate multiple dancing Jokers, a kickline of Tethered from Us and a Midsommar chorus, was as weird as they come. Maybe following it with Eminem was the only way to gear down.

But every time Parasite won, an angel got its wings.

Other prizes seemed just as inspirational, like Waititi’s adapted screenplay win, which suggests at least some portion of the Academy understood what Jojo Rabbit was saying about propaganda, cults of personality and empathy. (It was the only time I’ve ever seen Waititi, a consummate performer, at a loss for words I truly believe he didn’t think he had a chance.)

Matthew A. Cherry’s Hair Love winning best animated short, and Cherry and producer Karen Rupert Toliver speaking to the importance of letting children of colour recognize themselves on screen at an early age. Carol Dysinger taking best documentary short for Learning To Skateboard In A Warzone (If You’re A Girl), guaranteeing that millions of people will find out about Skateistan. Steven Bognar and Julia Reichert’s stirring American Factory – which is right there on Netflix, waiting for you to discover it – being named documentary feature.

Joker composer Guðnadóttir – accepting her award from the trinity of Brie Larson, Sigourney Weaver and Gal Gadot, who’d just introduced the Oscar ceremonies’ first female conductor, Eimear Noone – calling for more women to enter her field: “To the girls, to the women, to the mothers, to the daughters who hear the music bubbling within,” she said, “please speak up. We need to hear your voices.”

And the winners that weren’t especially impassioned were still pretty nice. Laura Dern was effusive in thanking her fellow nominees, her collaborators on Marriage Story and her friends and family, getting especially worked up when she mentioned her children, her step-children, and her parents, Bruce Dern and Diane Ladd. Brad Pitt got briefly political over Donald Trump’s impeachment trial before pivoting to a list of gracious thank-yous and then suggesting that maybe the Academy could do something for stunt teams next year. Even Elton John and Bernie Taupin took their original-song win for Rocketman’s bouncy (I’m Gonna) Love Me Again as an opportunity to express their affection for each other – and for John’s husband David Furnish, who produced the movie.

So, there we are. A good night for the movies, and a great night for the Academy as an arbiter of artistic merit rather than an association of 8400 people who really liked Green Book.