Ahead of his lecture at TIFF Bell Lightbox, the Canyons and Dog Eat Dog director explains why the art house obsession with slowness is running its course 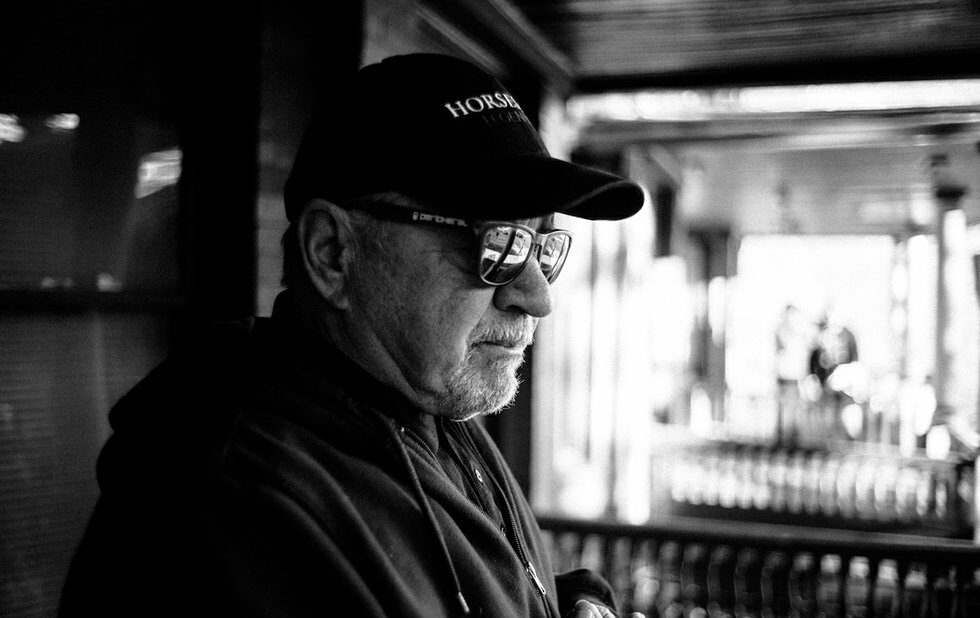 Paul Schrader has directed more than 20 films, but is still best known for his work as a screenwriter. He’s written four films for his friend Martin Scorsese, including Taxi Driver and Raging Bull, while maintaining an unpredictable career as an auteurist filmmaker with movies such as Blue Collar, American Gigolo, Patty Hearst and Affliction.

But before he was a screenwriter or director, Schrader was a film critic who penned the landmark study Transcendental Style In Film, fresh out of film school at age 24.

A self-described product of the Calvinist Christian Reformed Church and protégé of influential critic Pauline Kael, he was inspired to explore theological aesthetics in realist films by post-World War II directors like Robert Bresson, Yasajiro Ozu and Carl Dreyer who, he posited, shifted the focus away from plot and toward time in ways that expressed spiritual states.

Next year, the University of California Press will publish an updated edition of his 1972 book with a new essay that largely chronicles how transcendental style evolved into what is called slow cinema. He will present the essay for the first time at the TIFF Bell Lightbox as part of the two-day conference Opening Frames: Cinema And Transcendence. (TIFF has also programmed an a complementary retrospective, Transcendental Style: Spirituality in the Films of Bresson, Dreyer and Ozu, that runs April 8-25.)

While speed and superheroes have come to dominate the multiplexes, slow cinema has become ubiquitous in the art house. It’s grown so popular over the past 10 years that there are academic conferences, books, festivals and a VOD service devoted to it. Yet he believes slow cinema is dying a slow death.

Transcendental style deploys similar techniques, but is not necessarily slow. Essential to slow cinema is the long take. “Film techniques are about ‘getting there,’” Schrader writes, “telling a story, explaining an action, evoking an emotion whereas the long take is about ‘being there.’”

When the focus is shifted away from the plot and expository dialogue, the audience is left to do the heavy lifting. “We not only fill in the blanks, but create new blanks,” he writes.

Despite being an authority on some of the most demanding cinema, Schrader is only now making a calculated foray into quietude. After having dinner with Pawel Pawlikowski, the Polish director of the Oscar-winning (and transcendentally inclined) Ida, he decided that his next film, First Reformed, starring Ethan Hawke as a grief-stricken minister, would be his first proper crack at going slow.

Why is now a particularly good moment to talk about slow cinema?

Slow cinema may be running its course. It’s getting closer and closer to the art gallery and museum. It had a real interesting moment in the last 10 years, but now the novelty has worn off, and people are not as mesmerized as they were when the slowness was really being used as a new concept of film time.

Are filmmakers no longer innovating?

Why have the last 10 years been so prolific?

Slow cinema became very fashionable. And it was particularly fashionable in a lot of smaller [countries] because these films didn’t cost much to make, so you could put your mark on the international festival scene and get funding from your local government. That’s why you see much more if it coming from places like the Philippines, Thailand or Argentina than from America.

Do you see any influence in major American directors?

Gus Van Sant’s trilogy – Gerry, Elephant and Last Days – and some of Kelly Reichardt’s films. That’s the closest we have to mainstream versions. But the galleries are full of it. You can’t go into a museum or a gallery any more without seeing a movie.

Do you find anything interesting about the way Americans interpret slow cinema?

No. Everyone is different, but they all circle around the same techniques and the same concept of time, of duration. What happens when you don’t cut? When you just wait, and the viewer becomes aware that his experience of watching is part of the experience of the film? Your self-awareness of that time, the endurance of that time, becomes part of the experience. Normally films never work like that because they’re trying to convince you of the opposite.

There are still bits of transcendental style. It was a precursor to slow cinema, but it’s not really that slow. A terrific film like Silent Light is closer to transcendental style than slow cinema, but they lump it in with slow cinema now. I just finished directing a film [First Reformed] that I’m trying to do as a quiet film. The film that I last did [Dog Eat Dog] was extremely aggressive and profane. The motto was: Let’s never be boring. Now I’m editing and the mantra is: How can we use boredom to the best effect?

Is there too much emphasis on plot? Terrence Malick is mentioned in the essay, and his critics invariably focus on a lack of plot.

Malick is part of that universe. But you can see Malick running out of gas as his car goes down the road. I don’t think this kind of slow cinema is a cinema with a great future. The more extreme it becomes, the closer it gets to being a dead-end.

Do you find many directors who are able to move away from plot without using slow cinema techniques?

We live in a world where you endure so much narrative. How many hours of narrative have you seen, as opposed to your father or your children? I’m just guessing, but your father has maybe seen 10,000 hours, and you’ve seen maybe 100,000 hours. There aren’t that many plots. Finally, narrative gets exhausting, and you say to somebody, “I got an idea for a film about four lesbians adrift in a boat,” and they say, “Oh! You mean that four-lesbians- adrift-in-a-boat idea!” There’s not many new ideas any more.

As a result, people start using time in a different way. One direction the film world is going toward is hyper-speed. We’ve retrained our brains to perceive imagery at this level. Now if you see a film that was made 30 years ago, you think it was a slow film. Films are being cut and made much faster now. One reaction against that trend is to go the other way. If anybody walks from one place to another, have them walk real slow. That’s a push back against the Tony Scott trend of blitzkrieg editing. One of Scott’s films, Domino – I don’t think anyone in that film ever completed a sentence without a splice.

You’ve expressed admiration for Xavier Dolan’s movies because he jumps around in style.

His films are not about speed. What he is doing is using contrasting styles within the same film. That’s another thing that’s happening, and that’s exactly what I did with Dog Eat Dog. First Reformed is the opposite of that because it adheres to a very strict style.

Is it possible to make a spiritual film without slowing down time?

I don’t think you can have fast spirituality. The whole concept of spirituality involves some slowing down. That’s like saying can we do fast meditation.

The concept of spirituality does involve a stepping away from the maelstrom of activity and the maelstrom of action and empathy. Action and empathy are the two primary tools of a filmmaker. That’s why they’re called moving pictures: picture have empathy and movement has movement. So what happens when you say, “I’m going to show you inaction and characters who have no personality so you can’t empathize with them?” Now you’re fighting against the medium and its strong points. Obviously, not many people try this because it’s not a terribly commercial enterprise.

So is it okay if these films keep getting made but are only screened in galleries?

Film economics are like the economics of other industries, like the record business or painting. How many painters make a living? Five per cent, maybe? It’s getting that way with filmmakers. It used to be if you made films you made a living because they were so expensive to make that everybody got paid. Now you can make a film for nothing and lose money.

Is that a reflection of the value we place on films now versus in the past?

Given the political turmoil we’re going through, do you think people are turning to artists in the same ways they have in the past?

Boy, that’s a rough one. I don’t know. We’ll see what the next year brings. I can’t answer that. I would like to believe so, but if you’re taking the temperature of the culture, the temperature is going down.