How Hollywood has addressed police brutality and racism

TV shows and movies like Dragnet, In The Heat Of The Night and Lethal Weapon 3 put different spins on police following periods of civil unrest 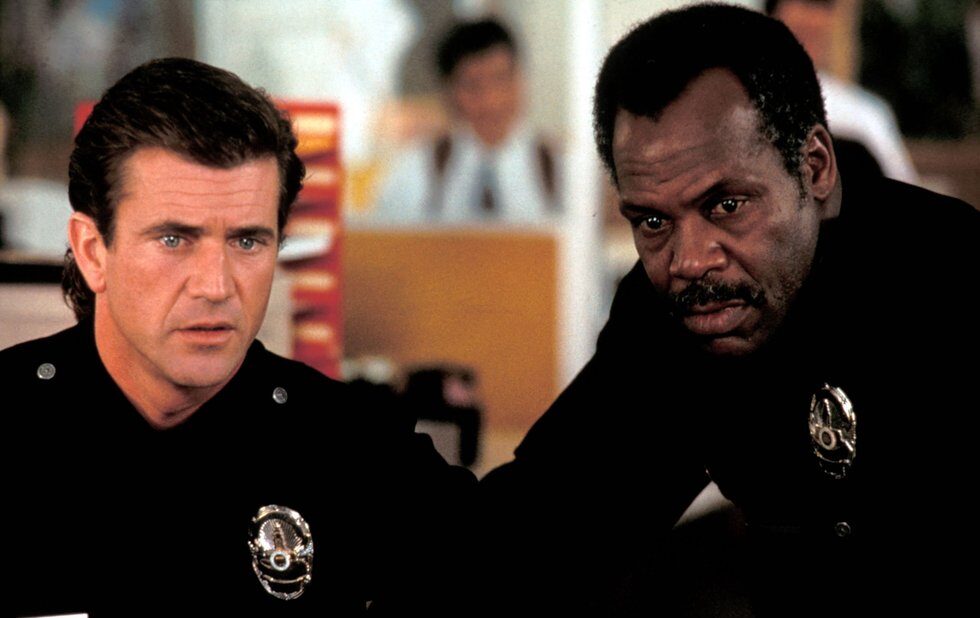 In Lethal Weapon 3, Danny Glover’s Detective Murtaugh shoots and kills a young Black man who turns out to be his own son’s wayward friend. That was how a franchise, named to describe what Mel Gibson’s character Martin Riggs is good for, invited an emotional and social reckoning uncommon to the buddy cop genre.

Lethal Weapon 3 was responding to the tension between the LAPD and the Black community, following the Rodney King beating, among many other incidents. The movie opened on May 15, 1992, in the immediate aftermath of the LA riots, peddling a plot where Gibson’s Riggs and Glover’s Murtaugh squared off against a brutal ex-cop known for beating confessions from suspects.

Nearly three decades later, following George Floyd and Breonna Taylor’s deaths at the hands of police and the worldwide protests they ignited, Hollywood is once again re-examining how it depicts law enforcement in film and television.

Earlier this month, the long-running series Cops was finally cancelled and the showrunners behind Law & Order: SVU said they will look for ways to address the Black Lives Matter movement. Last week, ABC president Karey Burke said the team behind their cop drama The Rookie are bringing in experts to discuss issues around police brutality that can be addressed in their third season. Don’t expect any of these shows to turn around and support the idea of defunding the police.

Hollywood loves to recycle old stories. Its self-examination of structures and tropes that have stayed firmly in place for more than a century is one of them. Pivoting on how it depicts the police is nothing new.

In a recent virtual panel on policing at the movies hosted by TIFF’s Cameron Bailey, director Clement Virgo, responded to a clip of Clint Eastwood as Harry Callahan blowing away Black men with his magnum in Sudden Impact. Virgo accurately pointed out that the police in movies are the descendants of the American cowboy in Westerns. The cowboy’s fast draws were replaced by cops who look for whatever just cause to kill a villain, because it’s so much more satisfying than making an arrest.

That through-line exists in Eastwood’s transition from the man with no name in Sergio Leone’s epics to Dirty Harry. Hans Gruber made the same observation in Die Hard when he compared Bruce Willis’s John McClane to John Wayne, inviting the popular catchphrase, “Yippee-kiyay, motherfucker!”

The western was always reframing oppression as heroism. Murdering Indigenous people and stealing their lands becomes a narrative of taming a wild and savage frontier while protecting “genteel” white civilization. D.W. Griffith’s The Birth Of A Nation, a foundational milestone for feature filmmaking as we know it, is essentially a western where the KKK rolls in like the cavalry, saving the day from marauding Black people. And so the brutal and oppressive history of police, which goes back to keeping slaves in check, gets a different spin in movies like Dirty Harry and on television like the classic cop show Dragnet, which originally ended its run in 1959, but was revived in 1967, two years after the Watts riots in Los Angeles.

Also in 1967, In The Heat Of The Night landed, shaking things up in response to the civil rights moment by pairing Sidney Poitier with Rod Steiger in a drama about a Black police officer who is himself policed in the South. The blaxploitation era would also emerge from this moment with Sweet Sweetback’s Baadasssss Song, a movie where Melvin Van Peebles’s sex worker dukes it out with corrupt cops.

Both in The Heat Of The Night and blaxploitation hover over Eddie Murphy’s presence in 48 Hrs. And he would essentially establish the buddy cop formula, where a Black partner can make a white cop palatable.

Remember how in Die Hard, John McClane kills all the right people but it’s the Black cop, Reginald VelJohnson’s Sgt. Al Powell, who admits to having shot a kid with a toy gun, the burden of police brutality shifted. And in the original Lethal Weapon, it’s Danny Glover who has to make a comic moment out of the film’s lone reference to police brutality, when a young child says to his Roger Murtaugh, “My momma says policemen shoot Black people.” That attempt at diffusing the tension building up through the Reagan-era within the cop genre could only go so far.

Months after NWA dropped Straight Outta Compton and yelled “Fuck Tha Police,” the TV show Cops premiered in March 1989, as if to double down on what Dragnet did during the civil rights era, reinforcing why white people need the police. Also that year, Spike Lee dropped Do The Right Thing, which would be followed by a new answer to blaxploitation with movies like New Jack City and Boyz N The Hood in 1991.

Even James Cameron, would take on police brutality in Terminator 2: Judgment Day, in which the villainous T1000 (Robert Patrick) dresses in LAPD uniform. In that movie, Arnold Schwarzenegger’s killing machine, sworn to protect a white mother and child, is taught to value human life. That lesson begins when Edward Furlong’s John Connor stops Schwarzenegger’s terminator from killing an innocent Black bystander and ends when they both try to stop Linda Hamilton’s Sarah Connor from killing Miles Dyson (Joe Morton), the Black scientist she blames for destroying the future. The LAPD end up killing Miles Dyson.

Terminator 2 has a peculiar connection to the LAPD’s attack on Rodney King. A man named George Holliday visited the movie’s set and shot camcorder footage of Arnold Schwarzenegger riding off on a motorcycle. (Holliday also recorded the attack on King on the exact same camcorder tape.)

Lethal Weapon 3 was the first major movie to open theatres following the King verdict and the LA riots. The lucrative franchise that thrived on shoot-first police action had checked itself, but merely as a way to defend law enforcement from accusations of police brutality and corruption. The movie should be a warning sign about how disingenuous Hollywood’s attempts at re-evaluating police depictions in film and television can be.

Nothing is more telling about where Lethal Weapon stands on the matter than a completely un-ironic romantic subplot where the loose cannon Riggs and Rene Russo’s internal affairs officer Lorna, tasked with scrutinizing the police, hop into bed together.

The movie lays the blame for police brutality on its ex-cop villain Jack Travis (Stuart Wilson), a bad apple that Riggs and Murtaugh can weed out. Jack’s business is selling weapons to the Black community, including armour-piercing bullets that are dubbed “cop killers,” which is essentially the movie’s way of reminding you that “Blue Lives Matter.”

One of Travis’s weapons end up in the hands of that young Black man that Murtaugh shoots in self-defence. Riggs’ reaction to the shooting is to provide emotional support to a distraught Murtaugh, reassuring him (and the audience) that it was a “clean shoot.”

The movie wields that tragedy as ammo, using a Black man’s death as the justification its cowboy cops need to reinforce old tropes. The very first thing Murtaugh does when he gets back to action is shove a gun in another Black man’s face.