NOW MagazineMovies & TVNews & FeaturesOlivier Assayas on being a feminist filmmaker, Cannes’ Netflix problem and shooting with Stallone in Toronto

Olivier Assayas on being a feminist filmmaker, Cannes’ Netflix problem and shooting with Stallone in Toronto 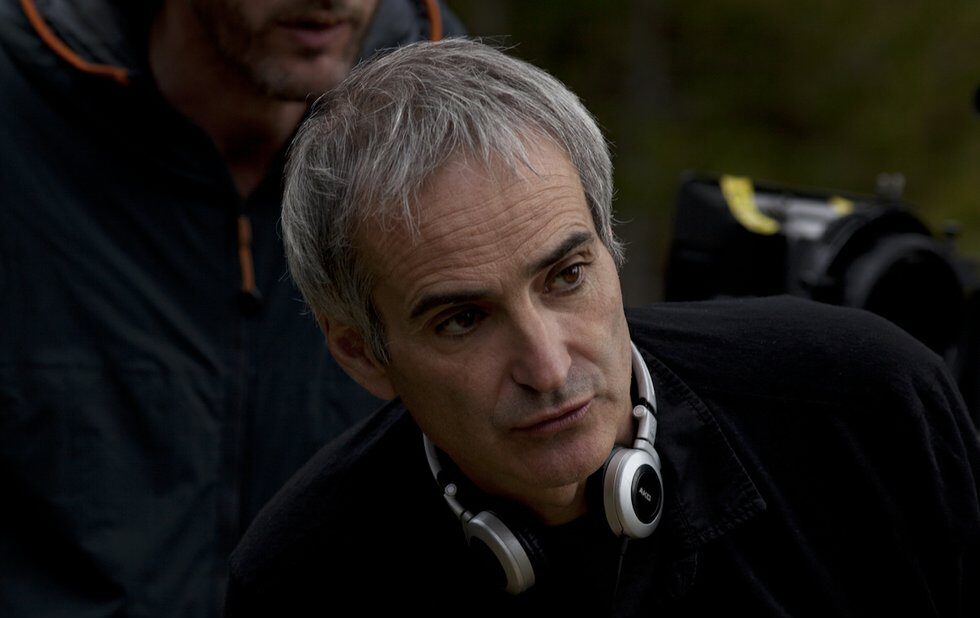 SOMETHING IN THE AIR: THE CINEMA OF OLIVIER ASSAYAS Thursday (June 22) to August 20 at TIFF Bell Lightbox. Assayas in person on June 22-23. Visit tiff.net for showtimes.

Olivier Assayas has done everything according to the French film canon.

The son of Hermès and Dior designer Catherine de Károlyi and screenwriter Jacques Rémy, he grew up surrounded by filmmakers. Though very much a part of France’s film establishment, he has garnered attention abroad for English-lanuage films with international casts such as Boarding Gate, Clean, Demonlover and Irma Vep.

More recently, he has garnered attention for working on back-to-back projects with Hollywood actor Kristen Stewart, who became the first American to win France’s César Award for her role in 2015’s Clouds Of Sils Maria, another film industry satire.

Last year’s Personal Shopper solidified Stewart as a bona fide art house actor, but despite the publicity boost that comes with casting an ex-Twilight star, Assayas still struggles when it comes to getting international projects off the ground.

In 2014, he was ready to shoot the Chicago-set 70s crime drama Idol’s Eye – starring another Twilight vet, Robert Pattinson – in Toronto when an American financier pulled out the day before production was to begin.

Given that experience, it’s no surprise he is sticking close to home for his next movie: it’s a French film “with lots of dialogue” starring Guillaume Canet and Juliette Binoche that shoots this fall, but afterwards he hopes to revive Idol’s Eye, with Sylvester Stallone and Rachel Weisz starring along with Pattinson.

This weekend, Assayas is in Toronto to kick off a complete retrospective of his work at TIFF Bell Lightbox, where he  will present screenings of 1994’s Cold Water (June 22, 6:15 pm), the Hamilton-shot Clean, starring Cheung (June 23, 6:15 pm), plus Gérard Blain’s Le Pélican (June 23, 9 pm) and Robert Bresson’s Le Diable Probablement (June 22, 9 pm).

NOW caught up with the busy filmmaker over the phone from Paris to talk casting Stallone, getting booted out of the Cannes Film Festival competition long before Netflix was a contender on the Croissette and his recent collaboration with Roman Polanski.

It gives a clearer notion of my work in the sense that I make movies that often seem very different [from each other], but once you connect the dots there’s something much more coherent than you’d think. I’ve made movies with a lot of freedom – the kind of freedom you have when you’re a novelist. So I’ve been carried by my inspiration. There are different threads that connect my films, and they stand out if you think of them in terms of a body of work.

One thread over the past 10 years is  stories with an international scope. Are you trying to escape the French film industry?

However, the French film community can feel insular. What has inspired me has always been the way the world changes and evolves. The most fascinating, exciting, stimulating evolution these last decades is the way globalization has created faster, more profound interactions between cultures.

I’ve been making transnational/transcultural movies because I’ve always been interested in creating short circuits between elements that are not supposed to connect: using actors in contexts that are very different from what you expect them to do, setting the scene in a movie that could have been shot in Paris but is moved to another territory. I see it as trying to continue on a global stage something essential to French film culture.

Lately, you have cast American actors and worked with American financiers. How is that going?

The last couple of films I’ve made are English-speaking, so they function in a completely different system in terms of financing than French movies. But they don’t exactly function as Hollywood movies either. They are pretty tough to finance in the sense that when you’re a French filmmaker making  English-language movies you don’t have access to whatever kind of state support France has for filmmaking. You are on the international market, and on that market you’re an indie French filmmaker, so they’re not going to fight to finance you. Those last movies have done really well internationally, but they were extremely tough to finance, much tougher than a French-speaking French film.

A few years ago you were about to shoot the American-financed Idol’s Eye in Toronto, but the financing fell through. What’s the status of that film?

The situation on that film has been ongoing for a while. In a nutshell, it’s a screenplay I wrote based on true-crime stories set in Chicago in the late 70s. The film was financed and we were ready to shoot, but the day before shooting we lost our American financing. Which was, like, a nightmare. It never happens. You can lose your financing, but usually you lose it a month or two before shooting – not the day before.

At this point, we have solved the more complex issues so now it’s doable again, but it certainly won’t be my next film. And it’s not a done deal, but it has potential to happen. 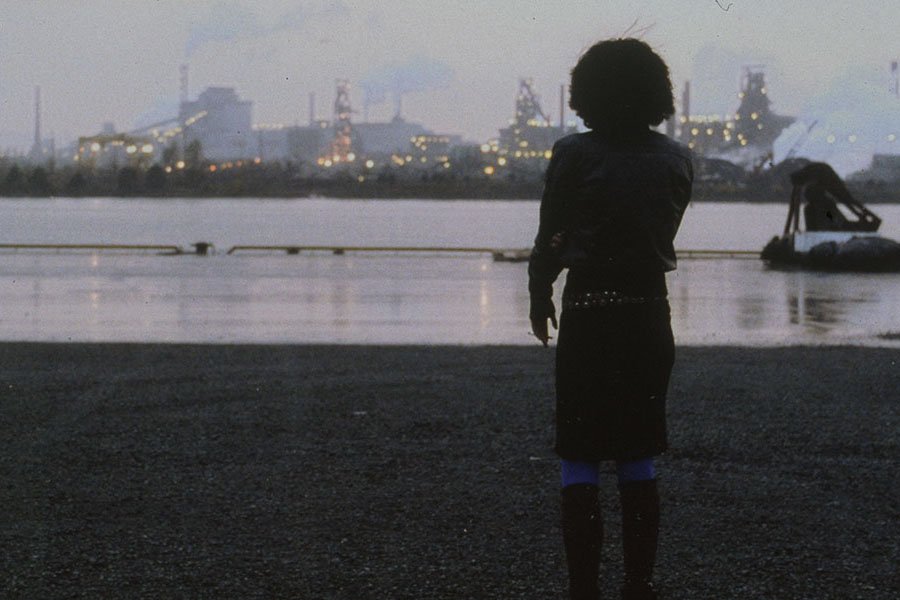 Why did you want to shoot it in Toronto?

Sadly, it’s very basic. Chicago is much more expensive. Also, I’d already filmed in Toronto on Clean so I have friends and crew members. I’m familiar with the ambience in Toronto – it’s very much a movie town. We found all the locations we needed between Toronto and Hamilton that could look like late 70s Chicago.

The film will star Sylvester Stallone, as well as Robert Pattinson and Rachel Weisz. What do you like about Stallone?

I’m a huge fan – what can I say? I thought Rocky was pretty great, and so were the sequels. I like him as a director. I remember seeing Paradise Alley – his first film – in the late 70s, and he’s a very original individual in filmmaking. He has something that’s very powerful. For this movie we needed a very powerful figure to embody Tony Accardo, a famous Mafia boss. I thought Stallone was perfect. I really like the guy and enjoyed our meetings.

Were you following the coverage of this year’s Cannes jury’s press conference? Four female jurors said they felt there were not enough women behind the camera. Jessica Chastain even said she was disturbed by some of the portrayals of women in this year’s competition films.

It’s something that’s much more sensitive on your side of the Atlantic. In French film culture you have as many great women directors – older, younger – as men. It’s become a non-issue in French filmmaking. They gave the Caméra d’Or to a first-time French filmmaker, Léonor Serraille. Personally, I consider myself a feminist filmmaker. I’ve been making movies pretty much centred on women and have always supported the necessity and importance of opening those doors to women filmmakers. It has been an extremely essential, vital influence on film culture in these last decades. But again, I think in France we’re a bit ahead on this idea.

The other big story out of Cannes was Netflix. The festival changed the rules so competition films now require French theatrical distribution to qualify. Given you were kicked out of the competition in 2010 because Carlos was financed by a TV network, do you have a take on this issue?

I have a very simple ground rule for that. If you are free to do what you want, it’s called filmmaking. And when you are defined by what the industry wants, it’s called TV – or bad filmmaking.

I don’t care who finances the films. If it’s a good film and it’s financed by Netflix, it’s all the same. Carlos was fully financed by Canal+, French pay TV. The film was supposed to be in competition in Cannes, and because there was a lot – a lot – of political pressure, it was pulled. That was frustrating because it’s a movie that could have had an impact on the jury.

I never ever considered Carlos to be a TV movie. It’s meant to be seen on the big screen. In the recent history of cinema, a lot of TV-financed movies have made it to the big screen, like Gus Van Sant’s Palme d’Or winner [Elephant in 2003]. That was technically an HBO film. It’s always the same discussion.

What was it like writing the script for Roman Polanski’s Based On A True Story?

I love the guy. I love his films – not all of them, but there are many masterpieces. I was honoured to have the opportunity to work with him. It’s frustrating, but I knew it would be in the sense that when you’re a filmmaker and you write a screenplay, you have a notion of the dynamics, of the logic, of the casting. At some point you pass it on to someone who transforms it and makes choices that are not the ones you would have made. But that’s part of the deal. The bottom line is I really liked working with Roman.

[Pfffft] I’m the last person to know, really. I think it’s going to be popular, but it’s very different from the movie I would have made. I can’t go much beyond that. I don’t have the kind of outside perspective I could have if I were alien to the whole process.

In the movie, a character who is an author is encouraged to write “a hidden, dangerous personal book.” Have you ever done anything dangerously personal?

You only write about personal things. They are distorted. No one ultimately can recognize them, but everything comes from personal experience. You need to have lived things or imagine them. I don’t see much difference between reality and imagination, but when you write or direct a film you are carried both by fantasies and life experience. In the end, it becomes something else because it transforms in the process. At the core of every single movie I’ve made there is certainly something vitally personal.

Random last question: what was it like working with Gina Gershon on Demonlover?

I love Gina. I’ve always been a fan of Gina. I still remember when I sent her the screenplay for Demonlover. It was really a long shot, but she called me back, like, “Hi, I’m Gina Gershon.” I love her. She’s an amazing actor and I really had fun working with her. She’s so daring and so smart. I don’t see enough of her in recent movies.