LGBTQ characters are increasingly becoming the stars of a new crop of shows, so it’s no wonder the Inside Out Film Festival has added TV to its lineup and partnered with Netflix 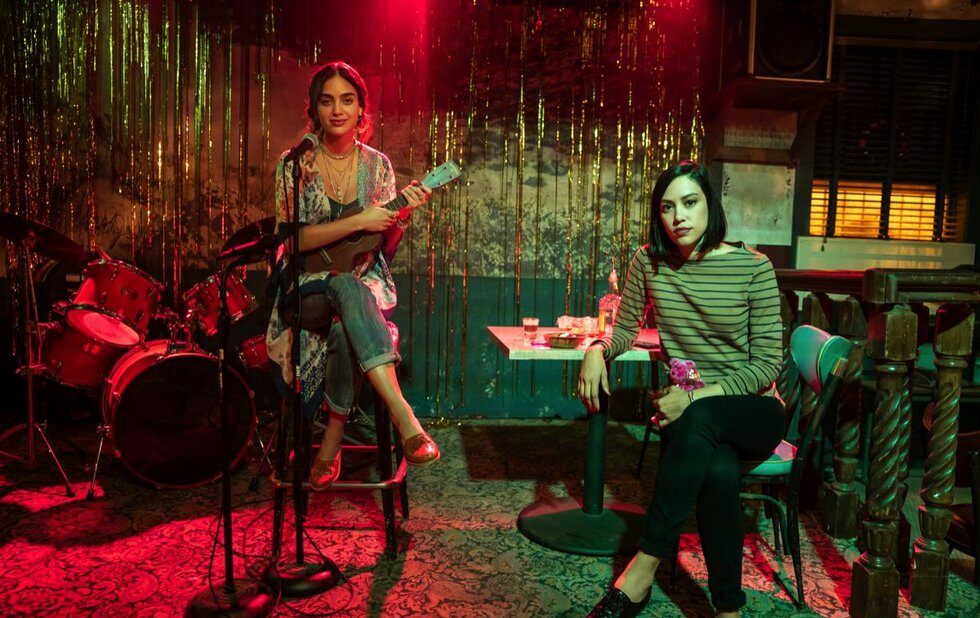 In the film festival world, the industry continues to debate whether Netflix belongs at traditional events like Cannes and Venice. But Toronto’s Inside Out has never fancied itself a traditionalist.

One of the world’s largest LGBTQ film festivals in the world, Inside Out announced a four-year partnership with Netflix this year. The exact details have yet to be announced, but it includes an investment in the festival’s Finance Forum fund to support Canadian LGBTQ filmmakers. And for the first time in the festival’s 29-year history, it’s launched a new episodic section, highlighting a range of TV shows from big-budget productions like the new Netflix series Armistead Maupin’s Tales Of The City, to Starz’s Vida Season 2 and the Dutch web series Anne+.

It’s no wonder Inside Out has added TV series to the programming. There are more TV show with inclusive LGBTQ characters and storylines than ever before.

Once relegated to cameos or plot devices, queer characters are increasingly becoming the stars of a new crop of shows, like the Canadian sci-fi western drama Wynonna Earp, Ryan Murphy’s Pose and the Latinx comedy Vida about two sisters living in east L.A. This rise is quantified in GLAAD’s annual TV diversity report, which found that LGBTQ representation on television hit a record high in 2018, with 8.8 per cent of regular characters on scripted prime-time series identifying as lesbian, bisexual, transgender and/or queer.

“The new episodic section is really exciting because we’re finally able to make space for something that’s been coming for years,” says Andrew Murphy, a programmer at Inside Out. “A lot of people are creating content in any way they can, so they’re going to streaming services, they’re making web series. Now we can showcase [these shows] and give them the respect this creativity deserves.”

Queer fans have always flocked to TV shows that feature LGBTQ-friendly storylines, whether explicit, like in Buffy The Vampire Slayer or Wynonna Earp, or implied, like the relationship between Xena and her sidekick, Gabrielle. Now with myriad streaming services, including LGBTQ-specific ones like Revry, there are even more opportunities to tell positive, inclusive queer stories.

In her doc Queering The Script, which premiered this year at Inside Out, Toronto-based filmmaker Gabrielle Zilkha explores queer TV fandom from the 1990s to current day, a world that encompasses Xena adult summer camps, fan-produced conventions, viewing parties and intense YouTube reaction videos. Zilkha says the increase in LGBTQ-friendly shows can be partially attributed to streaming services.

While in the past, networks had to worry about advertisers – when Ellen DeGeneres came out on her eponymous sitcom, JCPenney and Chrysler pulled ads – or create shows that catered to a mainstream audience, now streamers can produce niche series knowing that a deeply devoted community all over the world will live-tweet it.

After production company IDW announced that Wynonna Earp’s upcoming fourth season was on hold, #FightForWynonna went viral and Earpers – as the fans call themselves – personally bought a billboard in Times Square with the hashtag. The season is still waiting to go into production.

“Platforms like Amazon, Netflix and Hulu are willing to take risks on traditionally marginalized communities and shows that appeal to them because they need more content, and why not appeal to a whole subset of folks who are starving for that type of representation?” says Zilkha.

Noelle Carbone, a writer and co-executive producer for Wynonna Earp, says that it’s exciting that Netflix wants to partner with Inside Out, but it’s not necessarily a deeper reflection of the company’s values.

“I think it’s true that having more platforms allows for more interesting and diverse stories to be made,” says Carbone. “But they still have to get eyeballs on them in order to get renewed, and with new shows being released literally every day on these platforms, the danger is that great shows that don’t have buzz straight out of the gate get buried and then cancelled.”

And as Carbone notes, it’s hard to give Netflix a shout-out while its Latinx family sitcom, One Day At A Time, is still in limbo. Critics and queer fans lauded the show for the positive coming-out story of teen daughter Elena and her non-binary love interest, Syd. After three seasons, though, Netflix cancelled it, citing low viewership.

“To anyone who felt seen or represented – possibly for the first time – by One Day At A Time, please don’t take this as an indication that your story is not important,” read a statement from Netflix.

Carbone, who has been a TV writer for 10 years, has seen first-hand how the industry has shifted. Where once every story room she was in was occupied by straight, white writers, they’re now becoming more diverse and bringing in fresh stories. For example, Vida features an all Latinx writers’ room, and the FX drama Pose, about New York’s underground house ball culture of the 1980s, features the largest cast of trans actors ever assembled for TV.

“Those shows are extraordinary. They’re so culturally specific but are universal at the same time because they’re about family,” says Carbone. “They’re what we should be striving for, especially in Canada. We’re pretty good at telling stories about white gay men and white femme lesbians in this country. But we haven’t really made strides to tell stories that represent the full spectrum of the LGBTQ experience.”

The stats show that representation is increasing and, alongside it, passionate fandoms.

“Queer audiences are so starved for representation that they’ll go digging and find the shows that represent them in a way that straight audiences won’t, or don’t have to, because everything new that comes out is generally for them anyway,” says Carbone. “I would say to Netflix, Hulu, Amazon, Gem, Crave and any other streamer: if you build it, we will dig.”