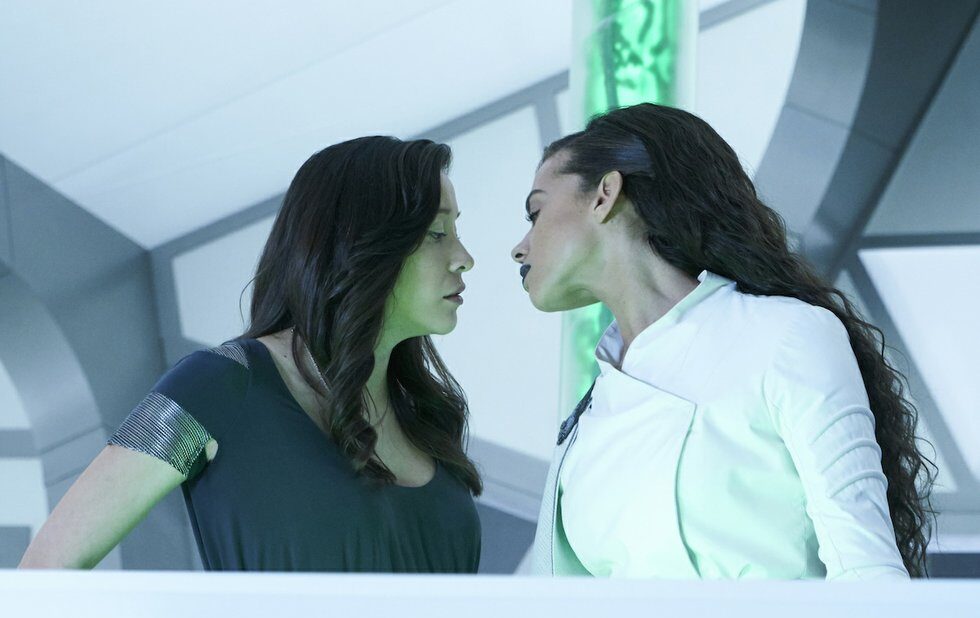 WYNONNA EARP and KILLJOYS, Friday nights at 9 pm and 10 pm on Space and streaming via space.ca. Rating for both shows: NNNN

When Wynonna Earp and Killjoys return for their new seasons Friday night, they’re not just bringing goofy genre television back to Space. The two shows – created by Emily Andras and Michelle Lovretta, respectively – are not-so-quietly expanding the horizons of queer representation in fantasy.

And they’re doing it without killing anybody.

Unlike certain other genre shows that introduce queer characters only to kill them off for the sake of someone else’s character development – I’m looking at you, Star Trek: Discovery – Wynonna Earp and Killjoys offer gay characters who simply inhabit the same worlds as everybody else, living and fighting and having relationships that define them as much as their outsized adventures.

Lovretta and Andras have been working this angle for a long time, having come up together on Lovretta’s Lost Girl, a Toronto-shot supernatural series centred on a bisexual succubus played by Anna Silk. Over five seasons, from 2010 to 2015, the show paired Silk’s Bo with both male and female lovers as a matter of course – when she wasn’t battling monsters and ancient evils.

“I’m not a very romantic person,” Lovretta says. “But man, I really love digging into different types of relationships as a writer. Parental, platonic, gay/LGBT – they’re all good stories.”

Lovretta’s next creation, Killjoys, is a world removed from Lost Girl, taking place in deep space in the far-flung future, where bounty hunters Dutch (Hannah John-Kamen), D’avin (Luke Macfarlane) and Johnny (Aaron Ashmore) chase warrants and wind up trying to save humanity from an insidious alien takeover.

And while all this is going on, people still fall into bed. One of the most enjoyable storylines in the show’s third season wound up pairing two of the show’s bad guys, as John-Kamen’s unhinged alien queen Aneela (Dutch’s evil twin, sort of) and Mayko Nguyen’s scheming aristocrat Delle Seyah fell for one another the fourth season finds the lovers separated but still fully committed to their relationship.

“It was a bit harder to have the full-on sexy Bonnie And Clyde In Space romance I’d first envisioned for their early dating days, since we were trying to hide a pregnancy,” Lovretta acknowledges. “But challenges often inspire the coolest shit in TV, and I’m pretty sure Green Queen fans will adore how their story ultimately wraps up. It’s very… them.”

Meanwhile, another gay pairing has been developing over the last couple of years: bar owner Pree (Thom Allison) and sidekick/husband Gared (Gavin Fox), which Lovretta says was basically a happy accident.

“There’s a line in second season where Gared asks Pree how he got his bar, and Gavin looked at Thom with this tinge of ‘Man, you’re the coolest guy’ hero worship that just killed me,” she explains. “And boom, an entire backstory was born.”

Killjoys – which in its final two seasons is being run by executive producer Adam Barken, with Lovretta still on the show as a writer and producer – posits a future where human society has finally transcended its hang-ups about sexuality. “The show has a very strong moral core,” Lovretta says, “just not a puritanical one. I’m invested in reminding people of that difference. Consent is my culture.”

In the show’s universe, queer relationships have equal standing with straight ones, sex workers (“sexers”) are an accepted and even respected resource, catering to all preferences and orientations, and the only partnership that gets a side-eye is the platonic bond between Dutch and Johnny, who relate to one another as fiercely protective siblings.

“Shame is a really powerful and toxic way to control people, especially around consensual sex, and it tends to be lobbed at very specific targets,” says Lovretta. “So I made a choice early in my career that my female and gay/LGBT characters just aren’t going to be shamed by others or ashamed of themselves at any points in my shows. I can’t stop that shit in the real world, but I don’t have to validate it in my fictional ones.” 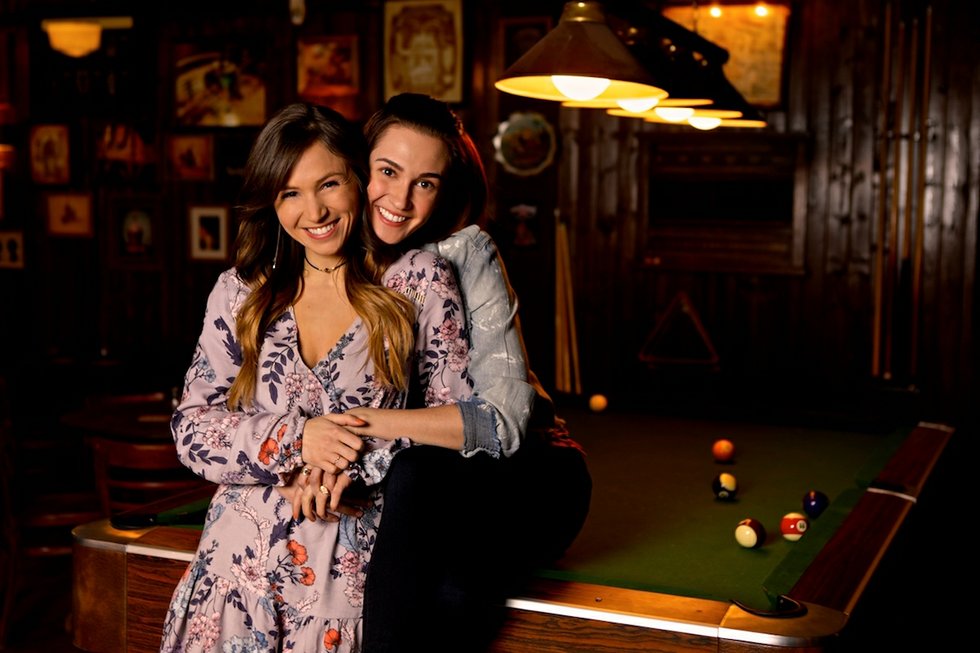 Over at Wynonna Earp, Andras – who also worked on the first season of Killjoys – is continuing to surround Melanie Scrofano’s pistol-packing demon slayer with complex idiosyncratic queer characters.

“It’s always, always a struggle to introduce and maintain LGBTQ characters on television, even in Canada,” Andras says. “The thing I learned from Lost Girl is that there is a huge queer genre audience hungry for LGBTQ sci-fi and fantasy content, and if you do it well they will rally behind your show and do everything in their power to support it.”

There’s no better example of that right now than the relationship between Wynonna’s kid sister Waverly Earp (Dominique Provost-Chalkley) and Purgatory sheriff’s deputy Nicole Haught (Katherine Barrell), whose unapologetically sweet love story has been developing over the course of the series. Fans embraced them hard, shipping the characters all over social media with the #WayHaught hashtag.

“It was always the plan to make the queer couple the romantic anchor of the series,” Andras explains. “So much of Wynonna’s characterization comes from her unwillingness and inability to be tied down. But I’m still delighted with the response, and much credit should be given to the warm, genuine performances from – and astonishing chemistry between – Kat and Dominique.”

WayHaught came together at a point in genre TV when queer characters were being killed off on a fairly regular basis, leading Andras to declare – repeatedly – that no harm would come to the pair. Which seems counter-intuitive for a show in which characters regularly face death by monster, but Andras stands by her decision.

“It doesn’t necessarily limit potential storylines,” she says. “It just forces us to come up with more interesting, dynamic, less clichéd or tropey character arcs. And I don’t mind the challenge.”

And for Earpers worried that we forgot Varun Saranga’s enthusiastic tech guy Jeremy, the other queer character on the show? We did not forget him.

“We want to ensure all our characters on Wynonna Earp are three-dimensional,” Andras says. “So, yes, there’s still lots in store for Jeremy this year that goes beyond ‘reluctant werewolf tackling’ or ‘gay nerd sidekick.’”

The trick, it seems, is to give a show’s gay characters the same respect and consideration as its straight characters.

“They deserve love in their relationships, and harmony, and adorable moments, not just angst and loss,” Lovretta says. “It’s a balancing act, you want some salt with your sugar, but in the end I still want something sweet when possible. The world’s salty enough right now.”