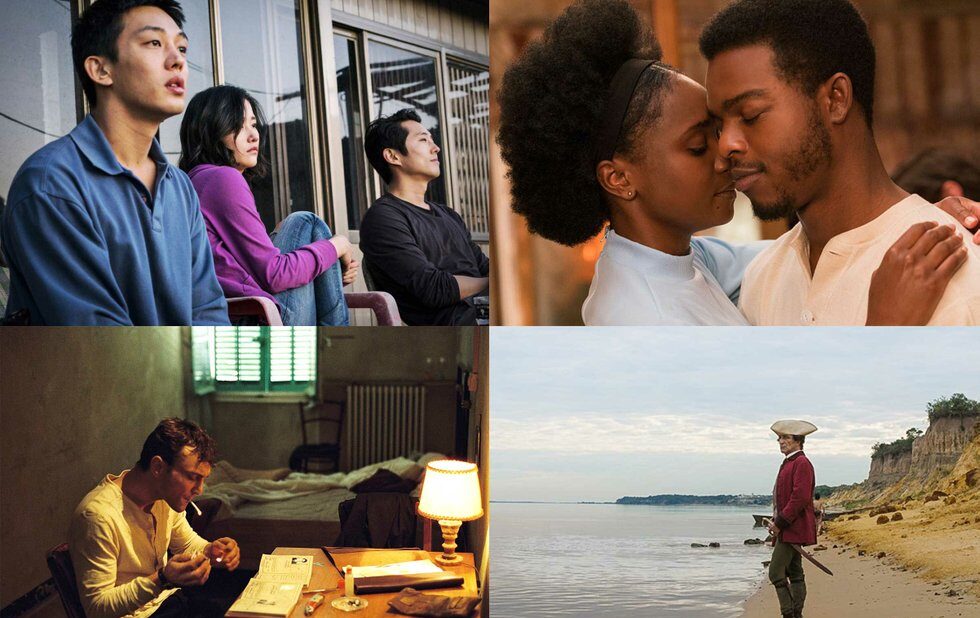 Clockwise from top left: Burning, If Beale Street Could Talk, Zama and Transit

In 2018, some of my favourite filmmakers came out swinging, those who I had long counted out proved they could surprise me still and some new voices made us pay attention. I didn’t see it coming.

I’m still not sure I understand what’s going on in Lee’s masterfully dark thriller about a young wannabe writer hanging on the edge in a love triangle tainted by class while exerting little control over his life and narrative. I believe confusion is the appropriate response, one shared with the film’s protagonist. You feel that turn to anxiousness, then frustration and before you know it you’re overwhelmed by a simmering rage.

Following up on his masterpiece Phoenix, Petzold takes us on another tour through history refracted through old Hollywood style. But Transit is even more daring, adapting Anna Seghers’s novel about refugees trying to flee Nazi occupation as if it were set in that era, and yet there are modern vehicles and SWAT teams in the frame. Petzold conjures an unshakeable feeling like we’re out of time and place, floating and unfixed, which is how a refugee might feel.

3. IF BEALE STREET COULD TALK

If Jenkins’s beautiful James Baldwin adaptation feels superior to his Oscar-winning Moonlight, it’s because the director now has a bigger canvas. His film lovingly recreates 70s Harlem in all its vivid colours, shadows and cracks, while the focus is always on the tender love story between Tish (KiKi Layne) and Fonny (Stephan James). This movie made my heart swell from its opening moments it grabbed me and and never let go.

Ethan Hawke plays a Travis Bickle of the Cloth in Taxi Driver writer Schrader’s superb film. Hawke is galvanizing as a pastor staring down climate change, terrorism and corporate greed while looking inward at his own inability to inspire change. Schrader’s script consumes all these cynical, apocalyptic thoughts. But it comes out the other end feeling hopeful without giving in to blind faith.

Martel adapts Antonio di Benedetto’s 1956 novel into a visually mischievous and wickedly funny look at a Spanish officer trying to exert control over a colonized land allergic to his presence. But, much like the lead in Lee’s Burning, he can’t even get a hold over his own life.

Brady Jandreau, a cowboy pulled from the rodeo after a nasty head injury, brilliantly plays a version of himself in Zhao’s soul-searching Western. Zhao’s film is a deeply felt, beautifully shot and emotionally acute look at the heavily mythologized traditions that are losing their place in America and the people who feel that loss the most.

You can look at the sisterly relationships in Support The Girls as a beautiful resistance against capitalist (and patriarchal) systems that weigh down on and dehumanize women in the service industry. Or you can just sit back and enjoy some warm and comic company with Regina Hall, whose performance hits all the pitch-perfect notes.

Not since 2004’s Nobody Knows has a Kore-eda film snuck up and got under my skin like Shoplifters. The Japanese director’s gentle guiding hand sheds a humane light on a bottom-scraping makeshift family who hustle every way they can. The film slowly gets darker, complicating our feelings without betraying them.

Granik’s long-awaited follow-up to Winter’s Bone is a patient, sensitive and observant drama about a father and daughter living off the grid, processing trauma while hiding from world. Ben Foster and Thomasin McKenzie will shatter you.

Widows has its issues, but no movie has straight-up entertained me more this year. Director McQueen and writer Gillian Flynn serve up a twisty, meaty and thoughtful heist movie that would have benefitted from an extra hour to flesh out its ideas. Perhaps then it would have reached heights like Michael Mann’s Heat.