From intriguing docs to poignant features, here, arranged by screening, are reviews of some festival highlights 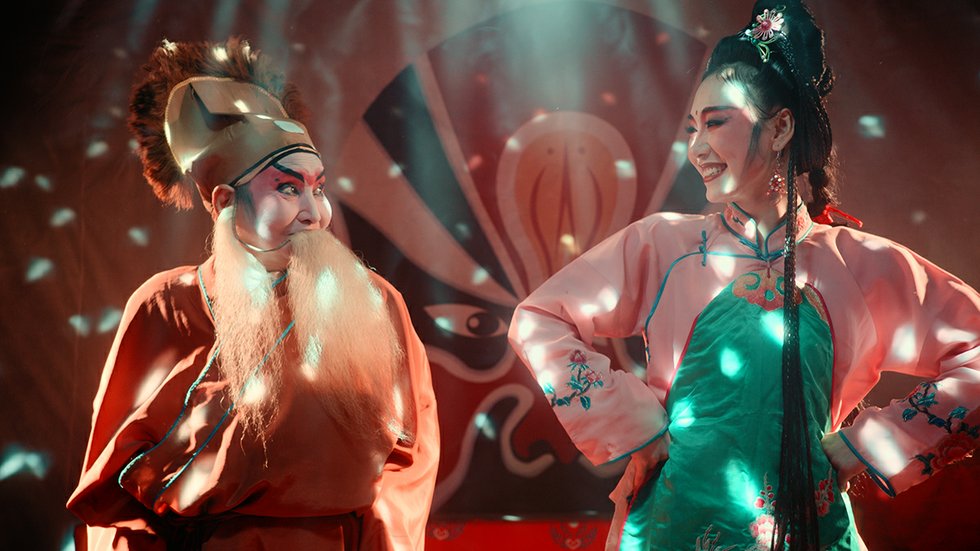 Ma’s follow-up to Old Stone finds the writer/director telling another story about contemporary China, and how that nation’s ferocious pursuit of progress works to destabilize the lives of its older, more traditional citizens.

Here, it’s a Sichuan opera company facing the demolition of their performance space, which could mean the dissolution of their troupe. Zhao Li (Zhao Xiaoli) is still holding things together, but when her niece and star (Gan Guidan) announces she wants to leave, everything spirals into chaos.

Ma mixes documentary and fiction, casting real opera performers as versions of themselves and adding a surrealist streak that finds Li lapsing into fantastical visions of the operas she stages.

The movie’s melancholy and not-so-subtle politics recalls Jia Zhang-ke’s early work, and I mean that in the best possible way. NORMAN WILNER

Actor and filmmaker Chon – who brought his breakout feature Gook to Reel Asian two years ago – returns with this sombre, moving drama about estranged Los Angeles siblings who reconnect to care for their dying father (James Kang). Kasie (Tiffany Chu) takes a job as a Koreatown karaoke hostess – and potential sex worker – to pay for an in-home nurse, while Carey (Teddy Lee) comes back home to help out.

Chon and co-writer Chris Dinh build their family story from the inside out, offering glimpses of Kasie and Carey’s adolescence in flashbacks but mostly letting Chu and Lee show us who these people are, what they mean to one another, and what they’re willing to do for the sake of family. NW 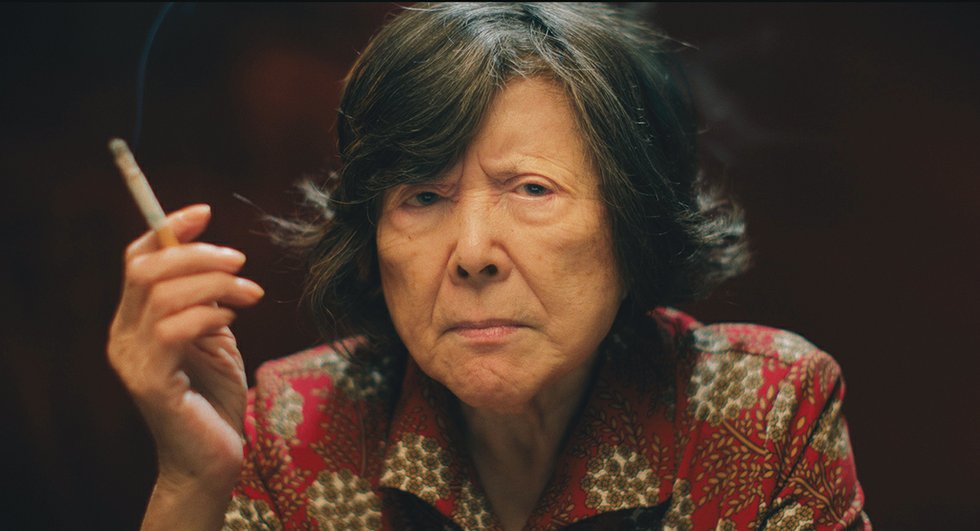 After the cranky, chain-smoking octogenarian widow Grandma Wong (Tsai Chin) experiences a surprise windfall on the bus back from a casino, she inadvertently starts a war between rival NYC Chinatown gangs and must rely on her wits, and her luck, to survive.

The tone often wavers, especially once the guns start firing. But the legendary Chin (The Joy Luck Club) is a delight to watch, whether she’s giving nasty side-eye to her neighbours, expertly haggling with gangsters or despairing over her dead husband’s legacy. GLENN SUMI 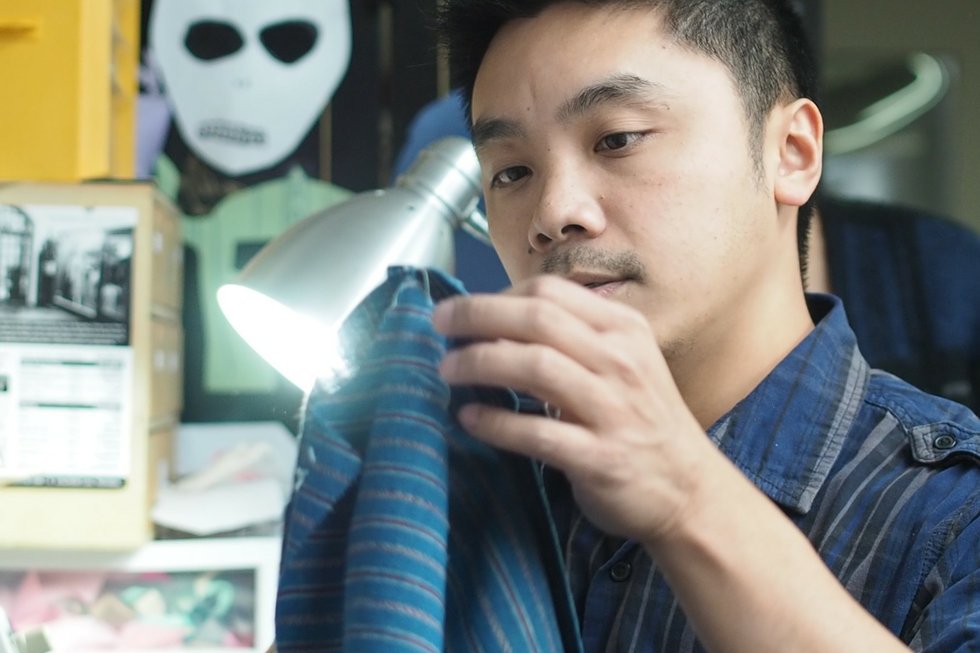 This sweet but scattered documentary memoir explores how director Sung’s (not the well-known fashion designer) family reinvented their tailoring business after immigrating from Hong Kong to the suburbs of Toronto ahead of the 1997 British handover. The date becomes an ironic benchmark: as tailoring businesses in Hong Kong vanish following a western exodus, the Sungs’ shift to making cheongsam for the Chinese diaspora in their new home turns out to be a lucrative one.

Sung fits a lot of family history into a compact run time, but the most compelling scenes capture the rigorous eye that goes into each garment. A scene showing his parents disagreeing over a hemline and another of a woman bursting into tears after seeing her custom piece make real the emotional power of fashion while giving insight into Chinese tailoring.

In 1967, the Taiwanese government created a six-week summer program for second-gen Chinese and Taiwanese young people to experience the culture of their “homeland.” Officially called the Overseas Compatriot Youth Study Tour, it’s better known as Love Boat, since many parents sent their kids on the tour to find a fellow Asian spouse – and because participants were likely to hook up.

In this heartfelt doc, director (and former Love Boat participant) Soe mixes dozens of interviews with past participants from the 1960s to present day with archival photos, home videos from previous trips and footage of modern-day Taipei.

Similar to Birthright, where Jewish young adults from around the world score a free trip to Israel, the Love Boat program was rife with drinking and partying, alongside pro-government propaganda. But the documentary only touches on Taiwan-China relations, even though politics greatly affects the program’s funding. More context would give the doc depth.

Instead, Soe’s main interest is exploring the duality of the Asian-American identity. It’s here that Soe taps into two things that are universal for many in the diaspora: you can feel like a foreigner in both your ancestral home and birth country, and also find a sense of belonging in that shared experience.    SAMANTHA EDWARDS 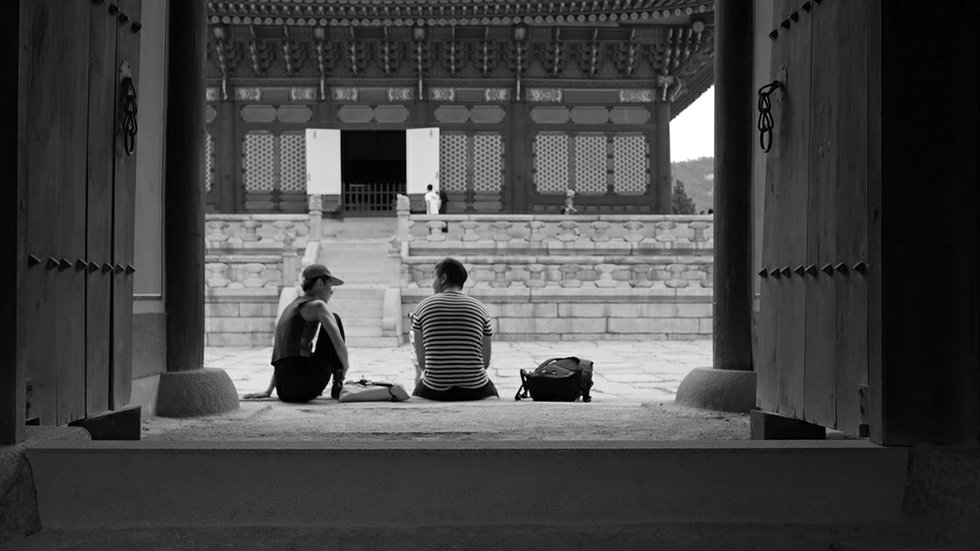 In his feature debut, Toronto director Lee follows a dozen twenty- and thirtysomethings in an anthology of intimate vignettes set in Seoul. The characters’ lives loosely intersect, but they’ve all got at least one thing in common: they’re gyopos, the term for someone of Korean descent who was raised abroad.

Over 24 hours, a young woman tries to find her birth parents while another woman visits a cosmetic surgeon a couple celebrating their one-year anniversary break up in front of a grandiose temple and a hopeless romantic musician chases a newfound muse across the city.

Sexy, funny and awkward, the black and white vignettes explore different aspects of the gyopo experience. The storylines move along naturally, giving the viewer a voyeuristic look into the characters’ lives.

The dialogue is punctuated with surreal elements, like a breakout abstract dance routine in a subway station or random bursts of colour. Meanwhile, the film’s soundtrack of vintage Korean psych rock heightens the cool aesthetic. SE 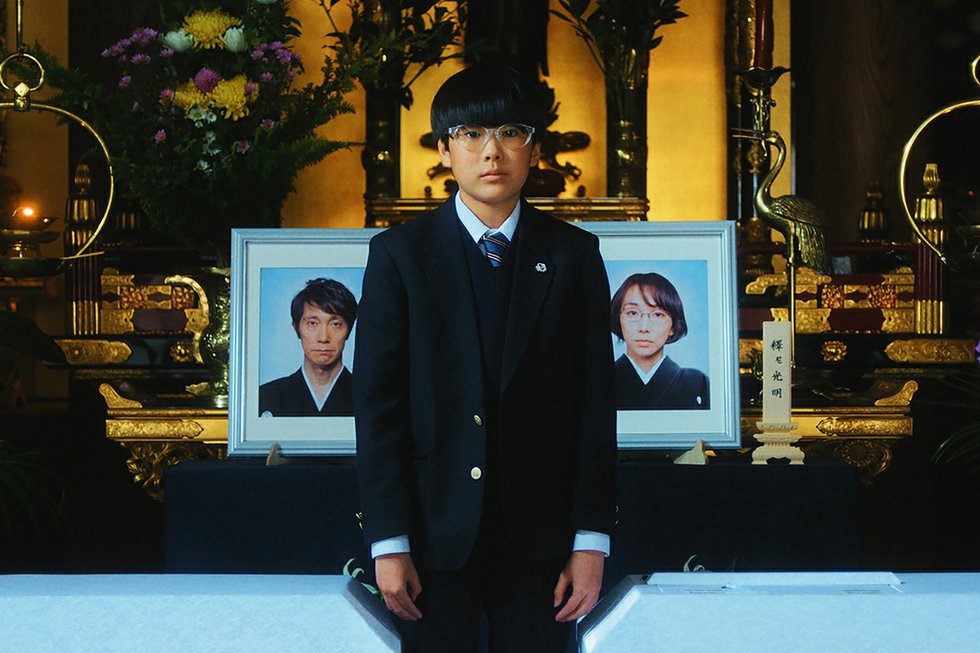 Audacious, complicated and surprisingly bouncy given its premise, writer/director Nagahisa’s frenetic, genre-scrambling debut spins the story of four newly orphaned tweens who meet at a crematorium and form a band, the Little Zombies, who channel their emotional disconnection into peppy electronic-rock numbers.

We Are Little Zombies flirts with preciousness, taking its aesthetic from the Game Boy-like handheld carried everywhere by withdrawn schoolboy Hikari (Keita Ninomiya). Chapter titles are presented as the levels of a video game scenes take leaps of physical or emotional logic as if someone were entering cheat codes.

It’s all overwhelming, but it’s supposed to be: Nagahisa is putting us in the fragmented headspace of his young protagonists, who don’t have the mechanisms or the maturity to cope with devastating loss, instead grasping at rock-star fantasies that turn out to be just as hollow as anything else. NW

Nowadays there’s a lot of talk about so-called “hybrid” documentary/ fiction films, but Afghanistan’s communist propagandists were way ahead of the curve. In 1978, the revolution ushered in 12 years when arts and culture could thrive, despite censorship. Drawing on a trove of epic archival footage from five unfinished state-financed movies, first-time feature director Ghani shows the fascinating ways reality intersected with fiction over the Soviet-Afghan War period.

From using live ammo – yes, there were accidents – to encountering real enemies to former president Hafizullah Amin and his family playing themselves, the films (mostly melodramas and military thrillers) that make up What We Left Unfinished are packed with gonzo behind-the-scenes stories. Ultimately, these anecdotes flow into a larger, more melancholy portrait of what artists are capable of when fast-shifting political situations collide with deeply entrenched cultural mores. KR 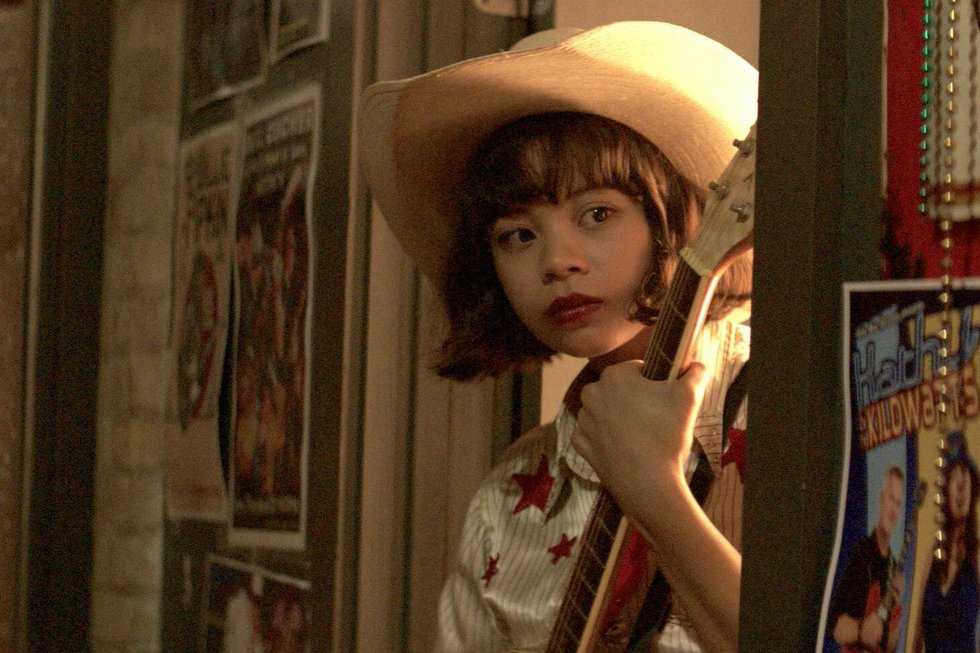 Two-time Tony Award-nominee Eva Noblezada (Hadestown) burns up the screen in her film debut as Rose, an undocumented Filipina teen living in a small Texas town and dreaming of country singer stardom.

When her mother (Princess Punzalan) is arrested in a raid by ICE, Rose’s life is turned upside-down, but several strangers – the kindly manager of the renowned Broken Spoke bar in Austin, country star Dale Watson – help her out until she literally finds her voice.

Paragas’s script is messy and on-the-nose, with several plot lines left dangling. But Noblezada is a confident, natural presence, and her soulful singing is a highlight. It’s too bad she doesn’t get a proper duet with Lea Salonga, who plays Rose’s aunt. Watching two acclaimed Miss Saigons belt out a number would have been musical theatre nirvana. GS