The CRTC has recommended extending Canadian content regulations to the internet. Here's why that's not a sure bet for viewers 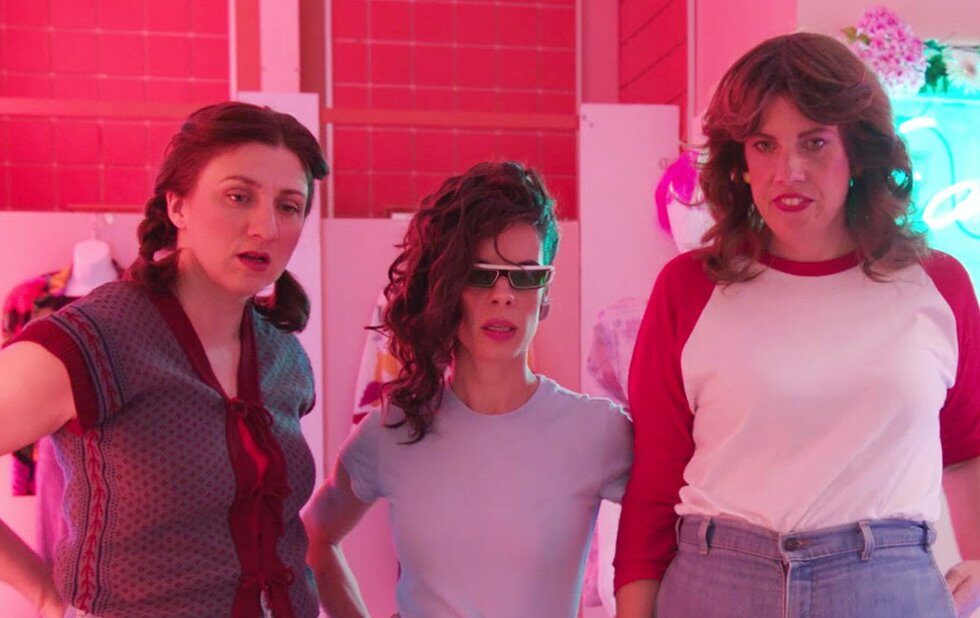 Gen-Xers ironically wishing for the return of The Littlest Hobo: your prayers may have finally been answered!

At least, that’s the promise – and maybe the threat – found within a new recommendation from the Canadian Radio-Television and Telecommunications Commission (CRTC) that wants the government to legislate Canadian content laws for ISPs, wireless carries and foreign online streaming services such as Netflix and Spotify.

Basically, it’s all about getting Netflix to create and promote more homegrown programming. (The service already carries plenty, including CBC’s current top hits Schitt’s Creek and Kim’s Convenience, but with a months-long window between broadcast and streaming.) And while this is not so much a directive as a first step towards figuring out what a conversation about such a directive would look like, it’s triggered the usual hand-wringing within the industry about competition and co-productions and What This All Means For Canadian Culture.

What does it mean for online streaming? Well, if such a measure is implemented it’ll mean certain services (okay, really just Netflix – which as of last fall counted 53 per cent of English-language households as subscribers, nearly six times as many as its closest streaming competitor, Bell Media’s CraveTV) either buy up a lot of Canadian programming or commission their own to meet the requirements, or find an awkward middle ground where a lot of their long-running shows suddenly take side trips to the Great White North.

Not that I wouldn’t be interested in an episode of Unbreakable Kimmy Schmidt where our heroes go cross-border shopping, or a season of Jessica Jones that has her chasing a case to Montreal, mind you. But that’s never going to happen the people who make those programs have clear ideas of what they want to do, and imposing a foreign-content quota on them would just be silly.

Maybe Netflix will simply buy up Crave TV for its library Letterkenny alone would satisfy most CanCon requirements. (Hell, that show is so Canadian it even has its own beer.)

Or maybe they’ll partner with local production companies in order to make good programming that’s incidentally Canadian, the way shows like Flashpoint and Orphan Black were – and the way Mary Kills People, Cardinal and Baroness Von Sketch Show currently are. Canadian television is finally holding its own, quality-wise, with the international competition, and I fear that might be threatened if someone suddenly threw millions of dollars into a new series of The Beachcombers or some other cynically targeted reanimation of a supposedly beloved property.

(And for those of you who say we need a new King Of Kensington, we already have it: it’s called Kim’s Convenience. It’s just set in a different neighbourhood.)

As with almost everything, it’ll come down to who writes the legislation and what they’re willing to define as Canadian. With the right parameters, plenty of American television will magically become CanCon – all of the CW’s superhero shows are produced in Vancouver with Canadian crews, so Arrow, The Flash, Supergirl and Legends Of Tomorrow are golden. (Oh, and iZombie, too!)

And right here in Toronto there’s Star Trek: Discovery, The Expanse and Killjoys – can deep space be Canadian? – as well as American Gods, The Handmaid’s Tale, 12 Monkeys and plenty more. Oh, and Wynonna Earp shoots in Alberta, but that show is a little more honest about its Canadian locations.

Don’t roll your eyes at me. I grew up in the tax-shelter age, when movies were produced using precisely those calculations. Sure, most of them were shot up here and some are good or even great – Black Christmas, Meatballs, The Silent Partner, The Changeling, David Cronenberg’s Shivers, Rabid and The Brood – but for every memorable result there are dozens of mediocre or flat-out awful productions jamming up the dustbin of history.

Working with genuinely creative artists to produce enduring art or even just enjoyable entertainment is hard and risky, and I don’t think legislating CanCon protections will lead us there. We’re far more likely to see fast, cheap stuff that takes the safest route possible – a Trailer Park Boys talk show, maybe, or a Red Green Show for the age of the webcam.

Ah, but who am I kidding. Netflix is totally going to buy Crave.