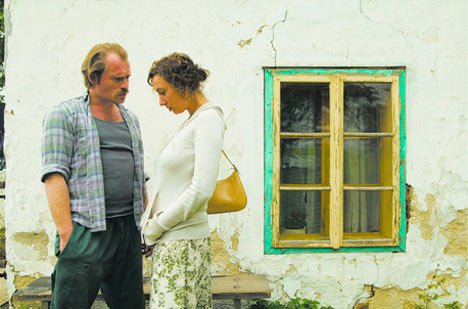 Graphic sex, armed robbery, revenge fantasies – and a languid pace. Only in Europe could a noir like this be made.

Alex (Johannes Krisch) wants to rescue his girlfriend, Tamara (Irina Potapenko), from a Vienna brothel by robbing a bank and leaving town, but things don’t go as planned.

He seeks refuge at his declining grandfather’s farm, but in this fate-driven drama, it turns out that a police officer who helped foil Alex’s scheme lives next door.

Writer/director Götz Speilmann toys brilliantly with our expectations: Will the electric saw Alex uses to cut wood be put to grisly use? Will he ever use that gun he carries around? And why does he keep playing stalking games with the women in his life?

Typical of noir, revenge (the title in English) is a key theme, and it, too, is tweaked in really smart ways, but unlike the genre it honours, Revanche has no villains.

Nominated last year for the foreign-language Oscar, this is an anti-thriller – deliberate, thoughtful, with deep, complex characters.

Kinda creeps up on you – just like its main character.