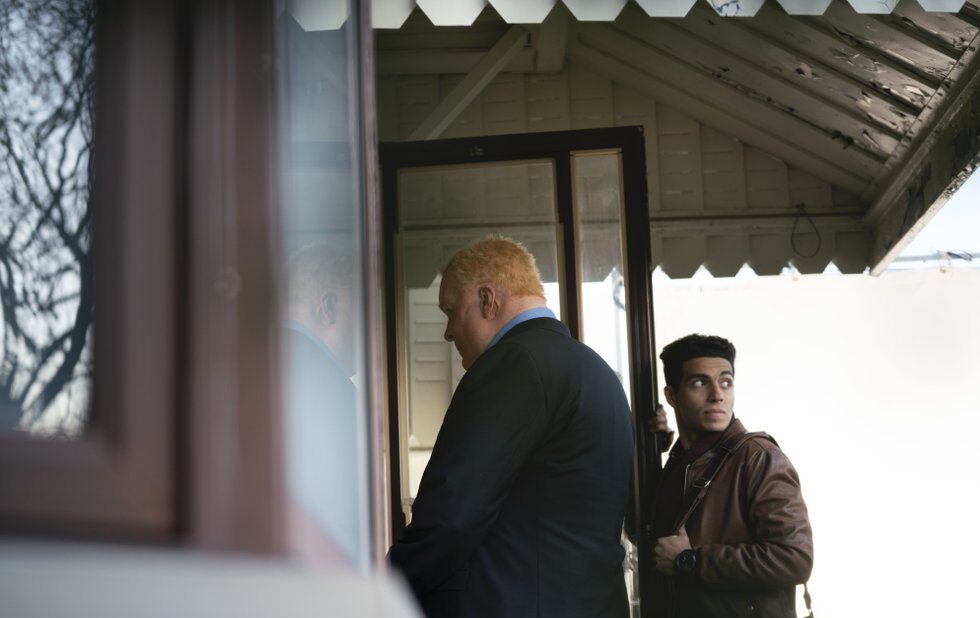 There isn’t much Rob Ford in the Run This Town trailer, which is about as slick and entertaining as the movie itself.

But anyone watching the teaser without a clue as to what the movie is about might ask the same question co-star Ben Platt asks at the trailer’s end: “What am I looking at?”

A millennial homage to All The President’s Men would be your best guess.

The late Toronto mayor is in there, as played by Damien Lewis under a layer of latex, hunched over a barely lit desk. You can also catch split-second glimpses of his back – clad in a Ford jersey – as he runs from reporters, as well as a close-up of Lewis’s face.

In all, Lewis gets about two seconds in an 85-second trailer, which Platt and co-stars Mena Massoud and Nina Dobrev and director Ricky Tollman shared via Twitter on Thursday (January 23). My words, as quoted from our Run This Town review, are on screen for almost 10 times longer. (Yup, I did compare the movie to early Jason Reitman. Please note: I am not a Reitman fan.)

You might assume a trailer for a movie about Ford’s crack-smoking scandal would treat its subject like the monster in a horror movie: they’re keeping the villain hidden so as not to ruin the movie’s big reveal. Ford doesn’t appear in Run This Town until about 15 minutes in, so perhaps that’s appropriate. Or perhaps they don’t want people to see the hideous latex job.

Lewis gives a terrific performance as Ford, capturing the late mayor’s cadence and blustery demeanor. But its buried in an ill-advised make-up job that makes the actor look less like Rob Ford than Fat Bastard from the Austin Powers movies.

Tollman and company might also be shy about marketing Run This Town as the Rob Ford movie since journalist Robyn Doolittle accused the production of her erasing her role in investigating the crack tape scandal.

“I’m glad they’re rewriting the fact that it was a female reporter who investigated Rob Ford,” tweeted the investigative reporter who wrote the book on Ford, Crazytown. “Why have a woman be a lead character when a man could do it? Ammaright?”

In interviews, Tollman and Platt have defended the movie, arguing that the story is not about Ford, but a fictional, fresh out of j-school journalist (Platt) who can’t keep up with a fast-moving story in today’s click-bait age. (They aren’t wrong – but it’s also the Rob Ford movie).

“I didn’t think of it as the Rob Ford story,” is the first thing Tollman told me when I interviewed him at SXSW last year. “I thought about it as the story about people that I grew up with, people that I knew… Rob is just a mechanism through which we can talk about other people and issues.”

Run This Town opens in Toronto on March 6.