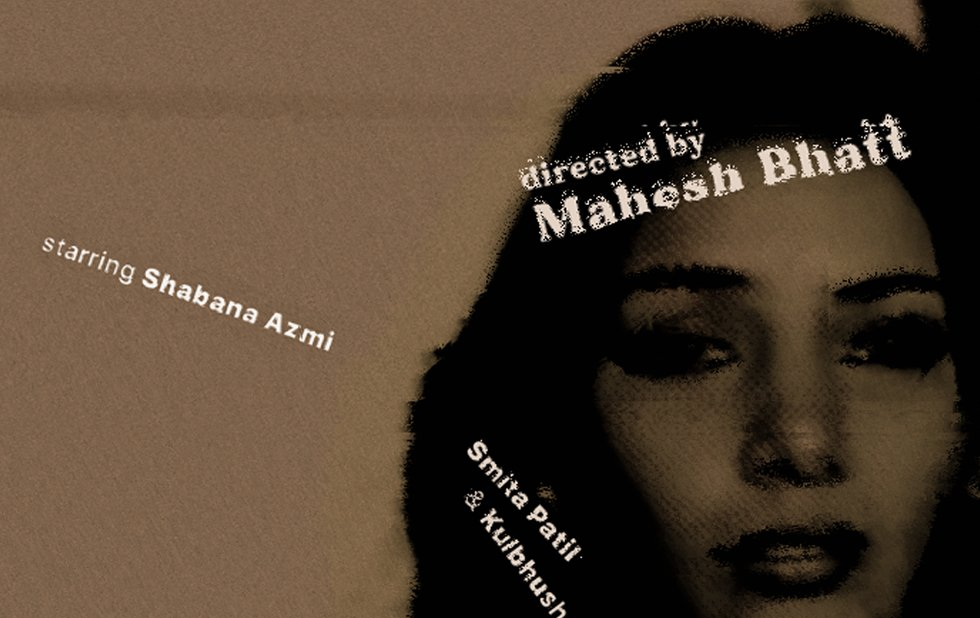 When you think Indian cinema, what comes to mind? Do you think song and dance? Colourful, melodramatic masala films, aka Bollywood?

If your only big-screen exposure to Indian films is at Cineplex theatres across the GTA, you may have no reason to think otherwise. But over the past year, a sleeper screening series at the Royal Cinema has attempted to broaden how moviegoers think about Indian cinema.

Sanghum: Regional Cinemas Of India, which takes place during the last week of the month at the Royal, screens a variety of art-house, experimental and independent Indian cinema.

Programmer Rupali Morzaria grew up around Bollywood movies, but, as a cinema studies student at the University of Toronto, she was surprised by the absence of Indian films in her coursework.

“Not even the New Wave or avant-garde stuff mentioned anything outside of the European or North American canon,” says Morzaria with a note of frustration. It’s true anyone remotely familiar with Indian cinema would instantly make the Satyajit Ray connection to the French New Wave movement of the 50s and 60s. Still, Ray’s work may be lost on many viewers unfamiliar with the cinema traditions of South Asia.

Morzaria’s disappointment soon took the form of angry emails to various theatre venues around town until the Royal’s programming director, Richelle Charkot, responded and offered a slot for Sanghum. The first screening in April 2019 was the 1988 psychedelic-surrealist drama Om Dar-B-Dar, which has cult status in India.

“When I first watched [Om Dar-B-Dar], I knew right away that I wanted other people to see it,” says Morzaria. “I knew a lot of people were coming to see non-mainstream cinema for the first time, so I wanted to show off that this world of fantastical, experimental, avant-garde film existed.”

The turnout was impressive, and much of the credit goes to Morzaria’s personal marketing efforts and the support of community partners such as Regent Park Film Festival, Reel Asian, and Pleasure Dome. Depending on the popularity of the films, the screenings that followed varied in attendance size, but she was eventually successful in developing a community of regulars. “People come up to me and tell me that the screenings feel intimate,” she says. “Almost every time, people would stay after to hang out.”

Ahead of each screening, Morzaria prepares an introduction to provide context for movies that can appear confusing for audiences lacking the cultural background. “I try to highlight key information that can guide the audience on how to watch the film. If there are political references or if the director or cast has some specific significance, I try to relay that,” she says.

“It’s challenging because there’s always way too much to cover,” she adds. “There are so many cultural differences and so many nuances. Even the language and the accents and dialects may imply complexities that can be difficult to translate.” 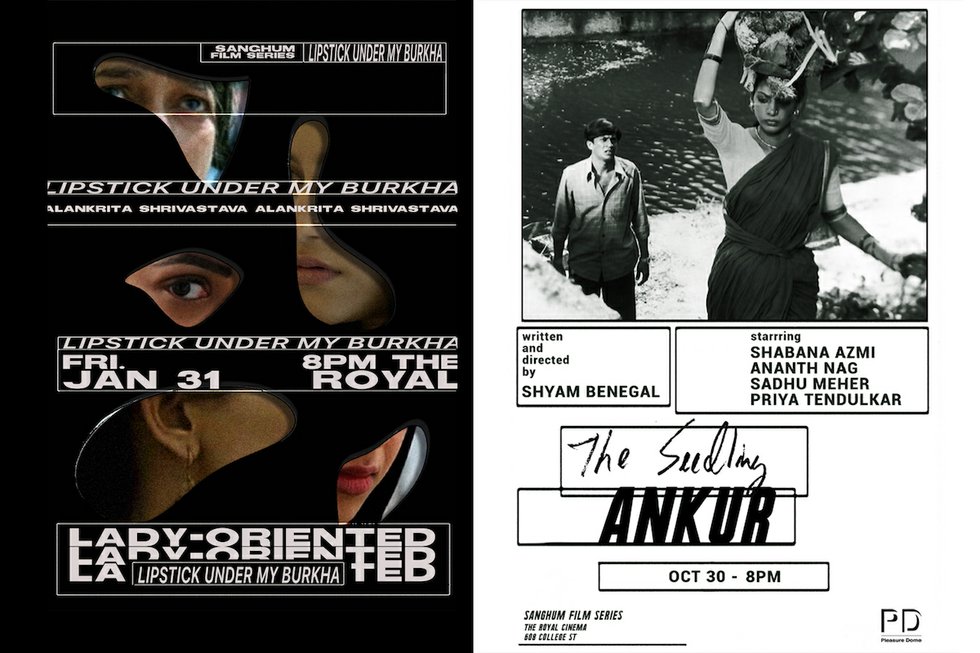 For the past few months, Sanghum has been focusing on the portrayal of women in Hindi cinema with the internationally acclaimed Deepa Mehta classic Fire (1996), which screened to an almost-full house. The series also screened Ankur (1974) and Bandini (1963), two examples of Indian Parallel Cinema, an alternative movement that attempted to move away from Bollywood conventions. Most recently, Sanghum screened Lipstick Under My Burkha (2016), a contemporary take on womanhood that was initially banned in India for being “lady-oriented.”

Sanghum’s February edition will show Arth (1982), which Morzaria compares to John Cassavetes’s A Woman Under The Influence (1974). The film stars two trail-blazing feminist actresses of Indian cinema from the 80s, Smita Patil and Shabana Azmi, and is based on the real-life extramarital affair of the film’s director, Mahesh Bhatt.

Since Sanghum’s first screening, the series has evolved into a broad offering of alternative Indian cinema. However, Morzaria plans to take March off to narrow the mandate and commission essays, zines and “engage with other artists who are working within film or performance that could complement the understanding of the films.”

Sanghum will return April 30 and hints at a possible retrospective of Aparna Sen, who is – if I may say so – Bengali cinema’s equivalent of Chantal Akerman. An Aparna Sen retrospective in Toronto is a South Asian feminist cinephile’s dream come true. If you’ve been upset about Bollywood’s one-dimensional female characters, this might be the one series to watch out for this spring.