Rating: NNNNNCAST AWAY (Robert Zemeckis, 2000) is a sublime art film sandwiched between two slabs of Hollywood schlock. The opening,.

CAST AWAY (Robert Zemeckis, 2000) is a sublime art film sandwiched between two slabs of Hollywood schlock. The opening, in which Chuck Nolan (Tom Hanks) needles the Moscow FedEx office to hurry up, leads too neatly into an aborted Christmas dinner with girlfriend Helen Hunt and a rush to catch his return flight to workaholism. The message is screamingly obvious — this man must slow down and figure out what’s important. As the plane dives into the sea, however, the camera stops tracing the circumference of Nolan’s world and starts seeing it through his eyes. There are no shots of the plane falling, just stretches of blackness followed by harrowing gasps for air. On the island, the film takes an even more daring turn. Nolan is shown figuring things out, and the audience must follow in silence. There are no voice-overs, no hidden orchestras. Zemeckis shows brilliant restraint, giving the audience space to reflect and Hanks the freedom to act his flabby bottom off. And then the film lurches forward, skipping over events we might find interesting (such as Nolan’s reintegration into society) in favour of what Hollywood finds interesting. Too bad this film can’t heed its own message. NNN (May 11-13, Paradise and Fox) 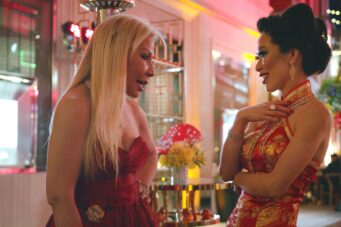