NOW MagazineMovies & TVNews & FeaturesScreening series of the week: No Future

Screening series of the week: No Future 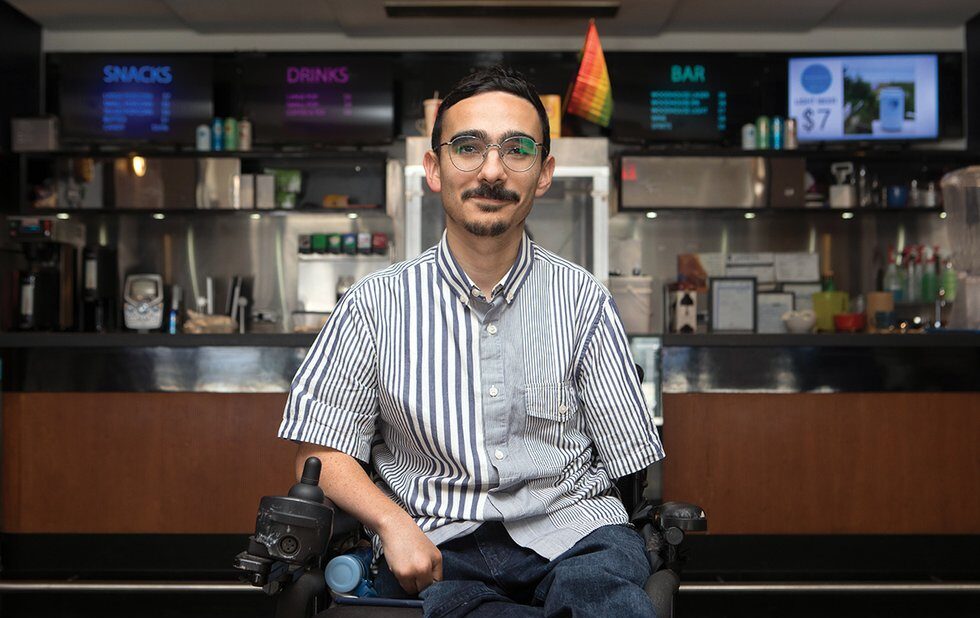 Angelo Muredda, film critic (CinemaScope, Film Freak Central), PhD student and teacher of film at Humber College and English and writing at U of T. He’s on Twitter at @amuredda.

No Future, which he describes as “a monthly screening series devoted to genre films about uncanny children,” at the Royal this Thursday (August 30). Pre-show at 7:30 pm, film at 8 pm.

Firestarter, director Mark L. Lester’s 1984 adaptation of the Stephen King best-seller. It’s the one where Drew Barrymore can start fires with her mind, which a sinister division of the U.S. government would really rather she not do.

“I gravitate toward movies that have interesting things to say about why some children – whether they’re just misunderstood or actually evil or both – give us the creeps,” Muredda says. “Movies about kids are movies about the future, so I try to screen movies that raise questions about how kids who are not all right mess with our retirement plans.”

“I aim to hit the sweet spot between pulpy and serious,” Muredda says. “I don’t believe in ‘elevated horror’ or whatever the think-piece intelligentsia are calling it now, but I do think there’s a lot of pleasure to be had in taking strange, mixed-up movies about bad kids in earnest. I’m a critic and an academic, and I try to bring some of that background to my introductions, gently suggesting a couple of paths people might want to go down as they watch. But I also embrace the fun, taboo-busting nature of a program about innocent-looking kids doing bad things.”

He notes that this month’s pre-show ree l – edited by Nicole Partyka – will lean heavily on Carrie, The Shining and Dreamcatcher, highlighting Stephen King’s long-running obsession with young people.

“Just like its creator, Firestarter is having a moment,” Muredda says. “Pop culture staples like Stranger Things remix its melancholy tone, Tangerine Dream synth score, and evocative images of an all-American girl in denim on the run from anonymous guys in suits without capturing its heart. I think the movie holds up pretty well as a cautionary story about how the next generation can only inherit whatever garbage their parents have left for them. Charlie (Drew Barrymore) only has this unwanted gift of pyrokinesis that constantly puts her in danger because her faded hippie parents wanted to make a few bucks in college, and the government is only scrambling to catch her because it messed her up in the first place.

“You could call it a fairy-tale about how our children have to live with our mistakes, or blow up the old world to live in a new one of their making. Like Carrie, it’s also a story about an ostracized kid who has to choose between tamping down what makes her special to pass among the normals and burning it all down. I think most of us can relate. The explosions are pretty good, too!”

“In keeping with the back-to-school season, I’m screening Peter Brook’s Lord Of The Flies in September,” Muredda says. “This feels like as good a time as any to revisit a story about lily-livered liberals having intellectual debates about whether they ought to be civil to their enemies while a fascist thug rises in their midst by seizing the imagination of a bunch of angry toddlers.”

Also on the calendar: an October screening of Dario Argento’s Phenomena (the U.S. version, released by studio New Line as Creepers) to balance out the media drone over the Suspiria remake. “I’d love to do a Home Alone/The Good Son double bill somewhere down the line, and I’m dying to show Tim Burton’s Batman Returns, which I think is his most visceral and honest movie about misfit kids – cast out for their disabilities and lack of social niceties, and trying to cope in less than healthy ways.”

Screening Series of the Week will be on a break for the next two weeks during the Toronto International Film Festival and will return the week of September 17.