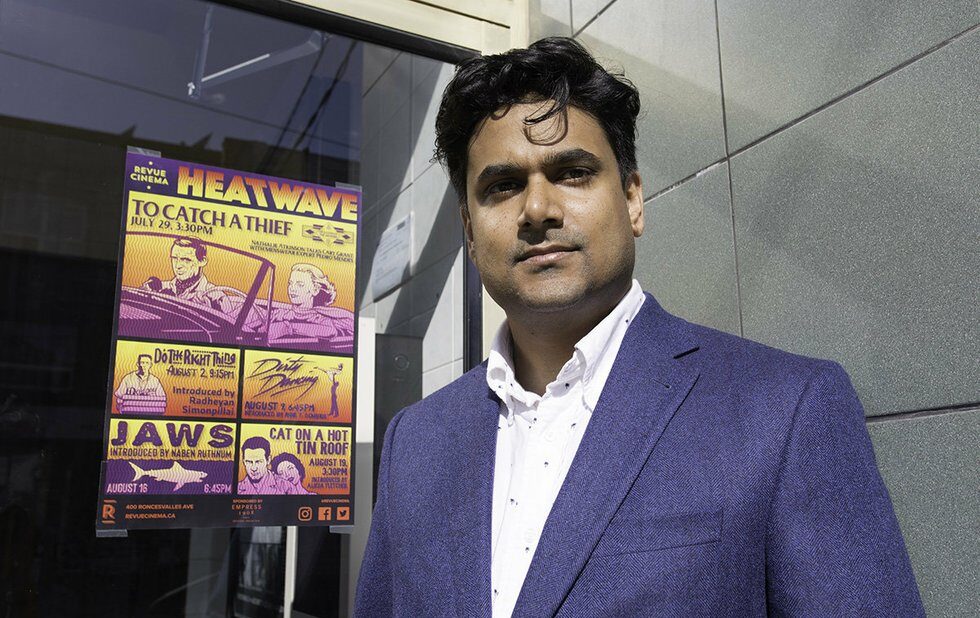 Eric Veillette, programming director at the Revue Cinema (400 Roncesvalles) and film columnist for Radio-Canada, put this series together with Nathalie Atkinson, who curates and hosts the theatre’s Designing The Movies series. The host for the evening is Naben Ruthnum, a writer of cultural criticism (Curry: Eating, Reading And Race) and thrillers under the pen name Nathan Ripley (Find You In The Dark). They’re on Twitter at @veilletteTO, @nathat and @nabenruthnum.

Jaws, Steven Spielberg’s thriller about a beautiful resort community spending the summer of 1975 under a cloud… a cloud in the shape of a killer shark. It’s my candidate for the greatest American movie ever made, so of course we’re rushing to feature it.

“Since most of our regular series go on hiatus during the summer, we thought it’d be a fun replacement series to feature some awesome summer movies,” says Veillette. “The screenings all feature guest intros, so it gave me a chance to reach out to some great writers we’d never worked with, like Anne T. Donahue and [NOW’s own] Radheyan Simonpillai. I’ve long admired Naben Ruthnum’s work, so I’m excited he’ll be introducing Jaws on Thursday.”

“There’s always an introduction and a raffle prize,” Veillette says. “Since these screenings are all pretty packed, we try to open doors a little early so people can mingle and line up at our (now-licensed!) snack bar.”

“Eric asked me if I wanted to present Jaws and I immediately said yes,” says Ruthnum. “Early Spielberg, particularly this movie and Duel, had a huge impact on me when I saw them repeatedly as a kid, and are still benchmarks of storytelling and suspense that hover in the back of my mind while I’m writing or editing a messy first draft.”

The series offers just one more screening: Cat On A Hot Tin Roof, introduced by Silent Revue curator Alicia Fletcher, at 3:30pm on Sunday (August 19). That’ll be good, too.