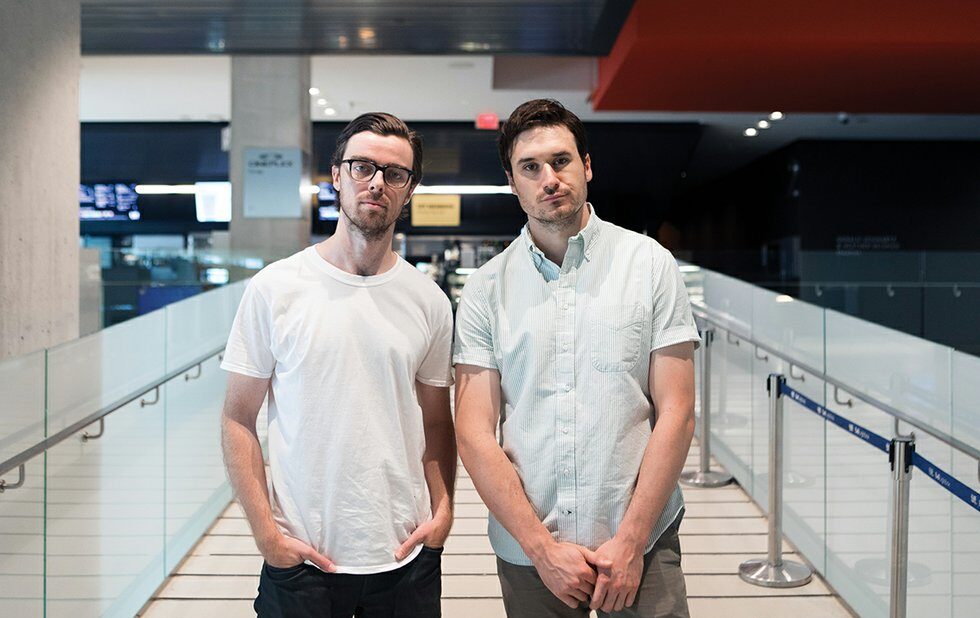 MDFF Selects, at the TIFF Bell Lightbox on Thursday (August 9) at 9 pm.

Writer/director Kazik Radwanski and producer Dan Montgomery, who collectively form Medium Density Fibreboard Films and made the Toronto-set dramas Tower and How Heavy This Hammer. (Montgomery also produced Nicolás Pereda’s Tales Of Two Who Dreamt and Antoine Bourges’s Fail To Appear.) You can find them on Twitter at @redvineski and @mdff, respectively.

Thirst Street, the new film from American indie filmmaker Nathan Silver, which follows a flight attendant (Lindsay Burdge) as she abandons her job and her life for a Parisian bartender (Damien Bonnard) who resembles a dead lover.

“We saw so many great films and met so many incredible filmmakers when Tower was screening around the world at film festivals,” says Montgomery. “All these directors wanted to screen in Toronto but had no pathway to do so. We wanted to help figure out a way to get these films in Toronto theaters.” The series started in Kensington Market’s Double Double Land five years ago with no money and a handful of seats – “we had to keep buying and returning projectors to Future Shop and Best Buy,” Montgomery confesses – eventually moving into The Royal and now its current home at the Lightbox.

“We try to have the filmmaker attend if possible,” says Radwanski, noting that Silver is coming in from New York for Thursday’s screening. “We also try and encourage the social aspect as much as possible, with a reception upstairs in the Bell Blue Room at the Lightbox. A lot of the people who attend our screenings are filmmakers or work in film so there is a great opportunity for like-minded people to connect.”

“Nathan is an exciting filmmaker,” says Radwanski. “In a lot of ways the boldness and independent spirit of his early work parallels what’s been happening with the new wave of Canadian filmmakers emerging out of Toronto. He really stepped it up with this film. It’s perhaps his most ambitious work yet, set in Paris and beautifully photographed by Sean Price Williams (Good Time, Listen Up Philip). It has this incredible 70s multicoloured Fassbinder aesthetic – it’s something you really need to see in a theatre. Also, it’s narrated by Anjelica Huston.”