Screening series of the week: Our Beautiful City

Curator Will Di Novi screens The Human Scale this week at the Hot Docs Ted Rogers Cinema, part of a series of docs about city issues around the world 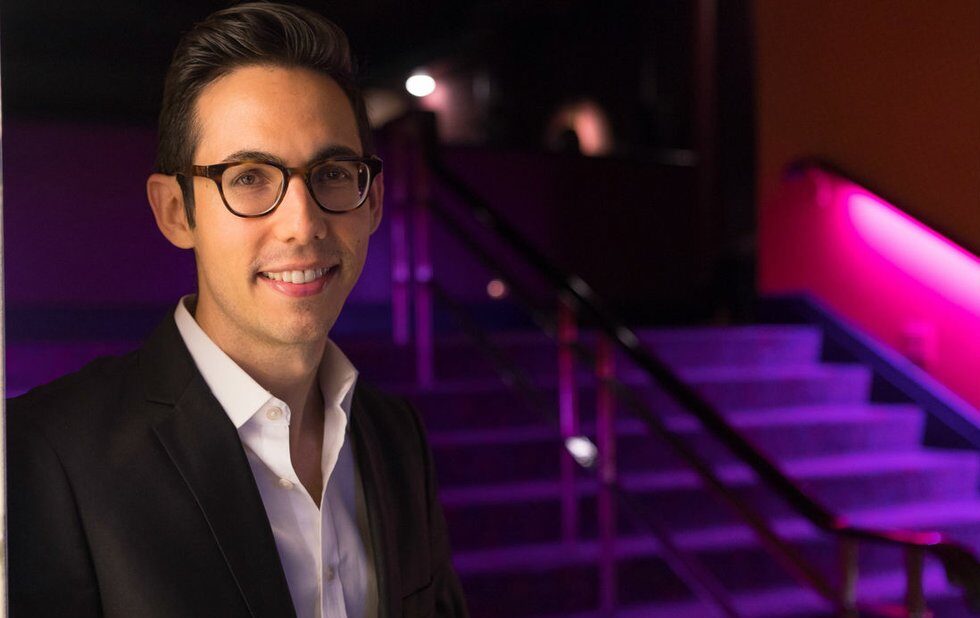 Will Di Novi says the Our Beautiful City series offers perspectives on how we can meet civic challenges that face Toronto. (Photo by Samuel Engelking)

Will Di Novi, special programs curator at the Hot Docs Ted Rogers Cinema. “When I’m not screening or programming documentaries, I’m taking long rambles up and down Bloor with my wife and one-year old daughter, and obsessing over the Raptors’ next decisive season,” he says. He’s on Twitter at @willdinovi.

Our Beautiful City, a series about city-building as it relates to the future of Toronto, at the Hot Docs Ted Rogers Cinema Tuesday (August 28) at 6:30 pm.

“Our Beautiful City is a fun series in which we screen thought-provoking documentaries about city issues around the world and then bring in the city’s leading thinkers to help us relate them back to the civic challenges and opportunities that face Toronto,” explains Di Novi. “We’ve been proud to feature awesome guests like Jennifer Keesmaat, who brought her expertise as Chief Planner to the urban design doc Urbanized, and The Globe and Mail’s Alex Bozikovic, who gave us the inside scoop on Frank Gehry’s Toronto architecture projects after a screening of Sydney Pollack’s excellent Sketches of Frank Gehry. Our last event was a screening-and-discussion fundraiser focused on making Toronto safer for cyclists, and it featured a great conversation with Councillor Mike Layton and Cycle TO’s Liz Sutherland after we showed the timely and urgent doc Bikes vs. Cars. The atmosphere was electric!”

“The series is driven by a wonderful sense of community spirit and solidarity, with thoughtful people from all different backgrounds and walks of life coming together to enjoy good films and share perspectives on how we can meet the civic challenges that face Toronto,” he says. “All the screenings feature intros and extended post-screening Q&As with expert guests who receive lots of smart questions from our audience. It’s always really gratifying to see the conversations that start in the cinema continue into the lobby and out into the streets beyond.”

“The Human Scale is a really beautiful and engaging global survey of the work of Danish city planner Jan Gehl and how his vision for more humane, intimate and healthy cities is being implemented in places as disparate as New York, Chongqing and Melbourne,” says Di Novi. “With Toronto’s population rapidly growing, and increasing concerns over its future as a livable city, this film should really resonate with Torontonians in 2018 and it’ll set the table for a good conversation about what we can do to make sure our city’s growth is sustainable and inclusive.”

“I’m very excited for our event on September 18th, which will be a 15th anniversary screening of Andrew Munger’s Campaign: The Making of the Candidate,” Di Novi says. “It’s a riveting doc following David Miller during his unlikely, come-from-behind victory in the 2003 mayoral election. Miller will be joining us for a post-screening Q&A and it’ll be fascinating to hear him revisit that decisive moment in our city’s modern history. Regardless of who you support in this fall’s mayoral election, this will be a great opportunity to reflect on the lessons of Toronto’s recent past, the city’s future priorities and above all the importance of going out and making your voice heard in local elections.”