Interview: The director of Daddy’s Home just made a heartfelt film about foster care 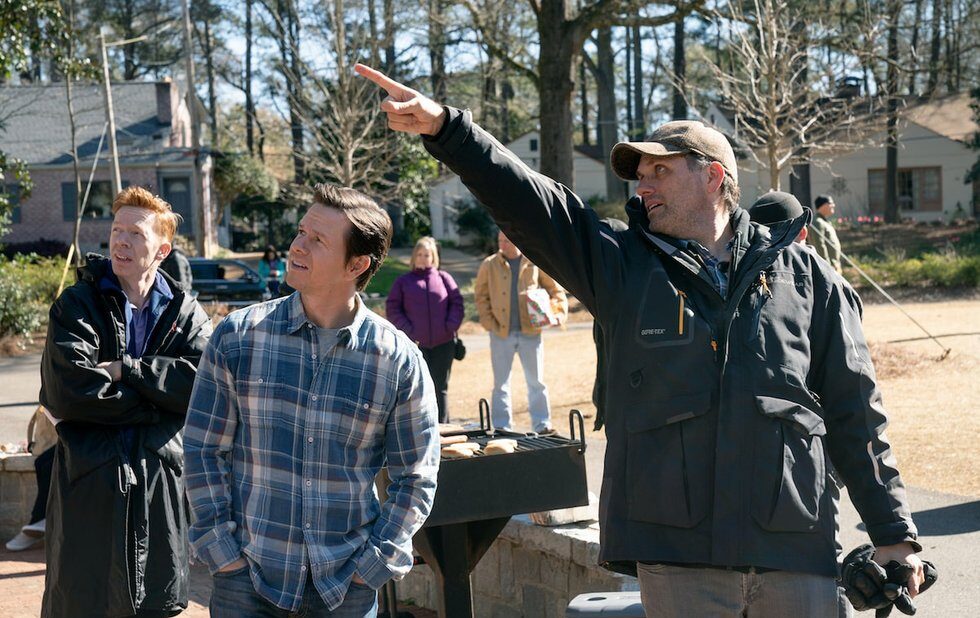 Sean Anders built his name on disposable comedies like Sex Drive, That’s My Boy, Horrible Bosses 2 and the Daddy’s Home movies – pictures that made money but don’t exactly linger in the mind.

With his latest film, he’s done something different: Instant Family is supposed to stick with the audience, and maybe even inspire them to change their lives.

Starring Mark Wahlberg and Rose Byrne as an Atlanta couple whose decision to adopt three siblings (Isabela Moner, Gustavo Quiroz, Julianna Gamiz) turns their house (and their lives) upside-down, Instant Family – opening in the middle of adoption awareness month – marries the requisite studio-comedy wackiness with a surprising level of authenticity and heart, and a willingness to engage with the complexity of the adoption process that lets us see how hard this stuff really is. That’s because Anders has been there he and his wife adopted three kids, and Instant Family grew out of their own experience.

In Toronto for a press day, Anders and Maraide Green, a former foster teen who became his consultant on the film, talked about making a movie that stayed true to both of their personal experiences.

Movies about adoption tend to be formulaic – an adult with issues meets a child with different issues, and after mistakes and one big fight the music swells and they realize they need each other. You even call out that clichéd narrative with Iliza Shlesinger’s character, a white woman who wants to adopt a Black football prodigy like Sandra Bullock did in The Blind Side. I’ll be honest, I wasn’t expecting this level of self-awareness.

Sean Anders: That’s what we really tried to do: go the other way. It was very important – and Maraide and I talked about this a lot – to not make another movie about foster care that sends people away being afraid of these kids. At the same time, we couldn’t make a fake movie that just says, “Oh, you bring kids into your house and it’s just easy-peasy and fun and whatever” – that’s just not true. We tried to make sure that if things were starting to feel too heavy or dramatic that we could relieve it with some laughter. And if things were feeling too light or sugary, then we’d come back to the harder reality of what it is.

You’ve spent your career making broad comedies. Was there any apprehension about telling a more serious story, let alone one based on your own life?

Anders: [Co-writer John Morris and I] knew it couldn’t be like the comedies we’ve made in the past. It would have to be something different, something that paid the proper respect. Fortunately, the reality of my situation, and of other people’s situations that I had met, is that [adoption] has everything. It has the heart, it has the heartbreak, it has the laughter and even the thing that Tig [Notaro] and Octavia [Spencer] say in the movie about how you have to laugh. There’s a sense of humour, and that came right from our social workers and our real experience. They would always reinforce that: “Have a laugh about this whenever you can, because it’s tough.” And from a purely commercial standpoint, I love the idea that John and I might be uniquely qualified to put this story in a package that moviegoers might really be accepting of.

What’s it like to re-create moments from your own life for a movie? Can you even be remotely objective when you do that?

Anders: I can, because it’s not really my life, per se. It was inspired by a lot of stories from my life, but also a lot of other people’s. I can tell you specifically where that really diverges in the movie: my wife and I went to an adoption fair [as Wahlberg and Byrne’s characters do], and we wound up meeting a teenage girl who was really cool and interesting and had a younger brother and sister. With a lot of trepidation, we put them on our [potential adoption] sheet and they matched us with them and we were going to have a teenage girl in our house.

But a couple of weeks later, the social worker called and said these kids had been in care for four years and the teen girl was really holding out hope that their mom was still coming for her – so [the girl] refused the placement with us. We were really disappointed when we got that news… and then the social worker called back shortly after and said, “But by the way, there’s these other three kids.” That’s how random it was and how my kids, who I love dearly, came into my life.

My kids were six, three and 18 months when we met them and now they’re 13, 9 and 8. But I never forgot that girl, and when we did this movie I really wanted to include a teenager because the teenagers [in foster care] are the most misunderstood. That was how I met Maraide – John and I went out and interviewed a bunch of families that had adopted teen girls, and we met Maraide, who became really invaluable.

Maraide Green: I was adopted through the same organization that Sean adopted his kids [from]. He ended up sending me the script, and I read it and I sent him back a bunch of notes. I told him about how my relationship with my parents worked. I thought it was really important that the kids were portrayed without any of the stereotypes of kids in foster care. And I thought it was important that [the teenage girl character] Lizzie was seen as the strong individual that she is. Yes, she went through a lot of trauma with her birth mom and having to raise her siblings [herself], but that just made her so much stronger. I really wanted that to be seen in the film.

Anders: When we met Maraide, we’d already written one rough draft so we had an idea of who Lizzie was in our minds and we sat down with a bunch of adoptive families that had adopted teenage girls, and a bunch of those young women. And Maraide really jumped out at us as feeling like she had some shared DNA with Lizzie. She ended up remaining a part of the process all the way through.

So Maraide was in Atlanta for the shoot?

Green: Yeah, it’s crazy. I never thought I would do anything like this ever. Even when I was giving Sean notes on the script, I felt so separated from [the process] and then when he brought me to Atlanta, I had my own apartment. I was able to tell Sean all of these terrible things that happened to me as a kid, and he was able to transform them into this movie. That’s now the greatest thing that has ever happened to me.

What was it like to see your experiences being acted out?

Green: There were certain days of filming that were more emotional. But for the most part I took a step back and just watched it all come together. I liked being there, and I liked talking about certain things, like how I would feel in this situation – because nothing [in the film] is exactly my life. There’s not one scene that happened to me exactly that way. I could just relate to the characters and their emotions. It also really helped me understand what my parents were going through when I was being that teenager causing them a lot of trouble.

Anders: There was one really wonderful moment on set with Maraide. Eve Harlow plays Brenda [a character who delivers an inspiring speech about growing up in the foster system at an orientation meeting for prospective adoptive parents]. I didn’t want to shoot her speech until we were ready for her coverage, so this poor girl had to almost start her speech, like, 27 times. She did about three or four takes and the takes were just getting better and better – and then I called cut and I took her aside and I said, “That was a really wonderful take. I just want to add one more thing – I want you to meet Maraide, and a lot of the story that you’re telling right now comes from Maraide’s life.” The two of them went off into a corner and cried for 15 minutes, and then Eve got back up and did this wonderful take that’s in the movie.

I saw the movie with an audience of adoptive families and foster kids, and it was really interesting to hear laughs of recognition at things that felt emotionally fraught.

Anders: We’ve screened it for general audiences, and we’ve gotten to screen it for people who work in the field and adoptive families and the reaction from both has been great. Like you said, there’s a lot of things I knew adoptive families would relate to, but it was also very scary to show them the movie and see if they were going to sign off on it and they really have. But what was always more important was that regular audiences were going to understand and get emotionally involved, and they really have – to a degree that I would not have even been able to dream of.