The campaign to activate change on sexual violence in Canada and the federal government are collaborating on a $2.8 million online resource for workers 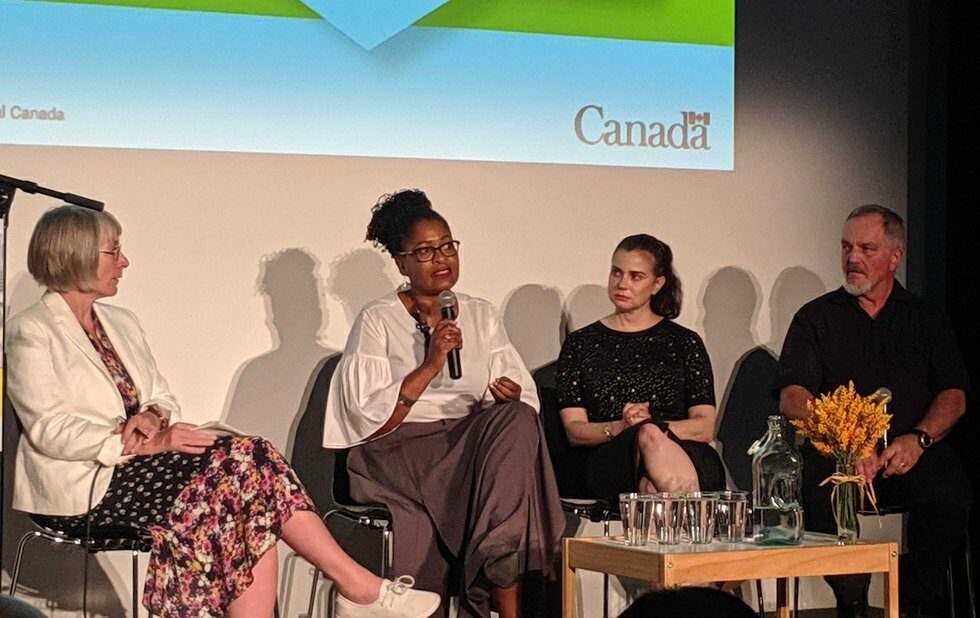 The government of Canada and the #AfterMeToo organization are joining forces to make workplaces safer for Canadians – and not just in the entertainment industry.

At a Toronto panel on leadership on Friday afternoon (July 5), the federal government announced it will provide nearly $2.8 million in funding for a project called Roadmap To Future Workplaces, a collaboration between #AfterMeToo, the Aboriginal Peoples Television Network (APTN) and the Canadian Women’s Foundation.

The project is one of six government initiatives to bring workplaces into compliance with the protections of Bill C-65, the federal anti-harassment and violence legislation which comes into force next year.

“By making sure that employees and employers have the tools they need in their workplaces, this project will help push forward the much-needed cultural shift in Canadian workplaces,” Patty Hajdu, minister of employment, workforce development and labour, said in a statement.

The Roadmap project will be housed on Rosa, an online platform founded by actor Mia Kirshner, who also co-founded #AfterMeToo with filmmaker Aisling Chin-Yee and actor Freya Ravensbergen to combat sexual harassment in the Canadian film and television industry.

But Rosa, and the Roadmap project, have a wider mandate: when they launch in the new year, the platform will offer information and resources for employees in all federally regulated workplaces.

“Education is power,” she continues. “And workplace sexual violence, in whatever form it takes, is trying to take power away from someone. So imagine that you arm this workforce with a very powerful, sharp tool to be able to put leadership on notice that things aren’t being done to the letter of the law.”

Kirshner stresses the importance of workers being able to reach outside their company’s HR structure when reporting an incident.

“The first thing we start with is fair procedure and policy,” Kirshner says. “I want to know that if I report something, there’ll be an independent investigation. I don’t want anybody related to my community to be investigating this, or deciding what’s important and what’s not.”