Soundtrack For A Revolution 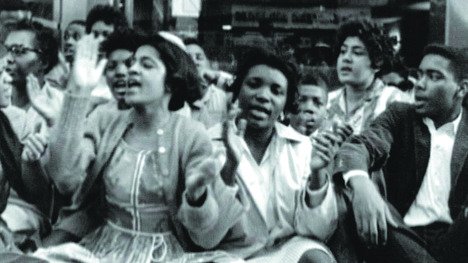 As a document of the American civil rights movement of the early 60s, Soundtrack For A Revolution is astonishingly good.

Too bad it fails to track the songs that so inspired the activists.

Soundtrack begins (and ends) with a series of cinematic clichés – footage of racist beatings to the sounds of the freedom songs – but settles in when directors Bill Guttentag and Dan Sturman interview some of the courageous freedom fighters who were led by Martin Luther King Jr., including Andrew Young, Julian Bond and Harry Belafonte.

As they tell their stories, citing the movement’s musical rallying cries, exceptional archival footage of attempts to integrate the lunch counters at Woolworth’s, for example, or register blacks to vote hits the screen.

But as soon as the camera goes into the recording studio to shoot contemporary artists singing the songs, the film sags. Performances by Wyclef Jean, the Roots and Richie Havens make sense, but Mary Mary are middling, and Joss Stone – who thinks sexing up the tunes is appropriate – brings nothing new to the action.

Only in passing does the film make reference to the Negro spiritual roots of the songs, and there isn’t a musicologist in sight, which is curious given that Soundtrack is supposed to be about the music. But the archival footage – some of it new, all of it gorgeously restored – is spectacular. And info on how King taught his team the art of non-violence and what it felt like to be 5 feet away from King when he was assassinated feels new and important.