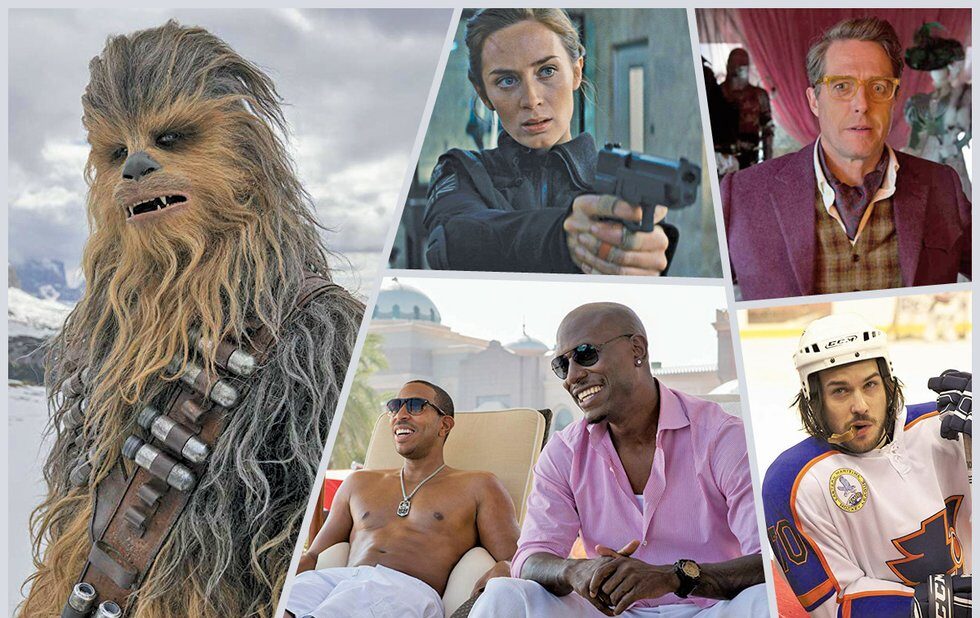 How does a studio make a Fast & Furious movie that acknowledges the franchise has outgrown its star? Why, by setting Vin Diesel’s one-note family man Dominic Toretto to one side so his former enemies-turned-BFFs can have an adventure of their own!

That’s the premise of Fast & Furious Presents: Hobbs & Shaw, which roars into the megaplex this weekend to test the elasticity of the F&F universe. (Our review will be up on nowtoronto.com on August 1.) Personally, I’m really looking forward to seeing Dwayne Johnson and Jason Statham getting their own spinoff – they’re two of the most entertaining action stars of the 21st century, and pitting them against Idris Elba as a genetically enhanced supervillain seems like a stroke of genius. I bet we won’t even miss hearing Diesel talk about family at the end of every scene!

Anyway, this got us thinking: what other supporting characters might benefit from spinoff projects? Chris Rock and Samuel L. Jackson are shooting a new Saw in town which – if that franchise is any indication – will turn out to feature a peripheral character from the earlier films, but beyond that anything goes. Here are some ideas.

The Millennium Falcon’s hairy co-pilot is canonically hundreds of years old, which means he was having adventures well before he ever met Han Solo in that prison cell. That offers the opportunity to make a movie set entirely outside the established narrative, going back before the prequels and featuring an all-alien cast. And honestly, why the hell not? Let the Wookiee be the hero of his own story for a change, let Joonas Suotamo make the character his own… and maybe let his Solo co-star Phoebe Waller-Bridge write it, just to see if she can insert emotional intensity and awkward physical comedy into a film performed entirely without intelligible dialogue. (Please note that we are not asking for a longer version of the Wookiee scene in The Star Wars Holiday Special. No one wants that. Not even Wookiees.)

Tom Cruise was the hero of Doug Liman’s 2014 sci-fi actioner Edge Of Tomorrow, but the real star of the picture is Emily Blunt’s Rita Vrataski, the no-bullshit warrior who becomes his anchor once he winds up in a Groundhog Day situation – which she’s already lived through. I’m usually opposed to prequels that fill in details we already know, but Rita’s story remains almost entirely unrevealed in the film, so there are all sorts of possibilities for riffing on the larger alien-invasion narrative. Plus, we’d get another movie where Emily Blunt is an unstoppable action hero. Who wouldn’t want to see that?

Hugh Grant very nearly stole Paddington 2 out from under his CG co-star with his self-puncturing performance as the movie’s villain, a vainglorious character actor who spends the whole movie in a series of ridiculous disguises after framing the little bear for larceny. I’m pitching a sequel in which Buchanan turns his notoriety and practiced way with deception to launch a political career – and ends up babbling his way into the position of Prime Minister. (So long as he doesn’t declare Paddington an enemy of the people, who’d care?) Who wouldn’t want to watch Grant send up his own penchant for pomposity, and play a reversal on his beloved Love, Actually role a decade and a half later?

Before Hobbs and Shaw, there were Tej and Roman, the franchise’s resident gearheads. Played by Chris “Ludacris” Bridges and Tyrese Gibson, their one-upmanship has become the series’ most reliable comic relief: Roman will talk about his game, Tej will make fun of his obvious insecurities, and they’ll almost come to blows before somebody yells at them to get back to arranging for the delivery of the latest souped-up supercar. So let’s do an entire movie set in a body shop where the two frenemies have nothing to do but insult one another while working an invisible drone plane or something. Maybe it takes place in real time? Vin Diesel can lock them in at the beginning with a promise to let them out when the project is finished? It’d be like a bottle episode, and Bridges and Gibson would finally get the last word in one of these movies.

Marc-André Grondin’s thoughtful performance as Xavier LaFlamme – a hockey phenom who was knocked back to the minors after a brutal hit robbed him of his confidence on the ice – is one of the best things about the Goon movies. The actor’s emotional sensitivity and sheer presence gives Seann William Scott someone to engage with as dim-witted enforcer Doug Glatt. So why not let the guy be the star he was meant to be all along in a (fictional) biopic that celebrates his hard-earned return to the majors? Get Michael Dowse back in the director’s seat, see if screenwriters Jay Baruchel and Evan Goldberg have any thoughts on the guy’s backstory, and we’re off. No way Telefilm doesn’t give this a green light.