NOW MagazineMovies & TVNews & FeaturesHow Succession’s Cousin Greg has got ahead

How Succession’s Cousin Greg has got ahead

Actor Nicholas Braun discusses the show's success, its memes and why his bumbling character has become a fan favourite 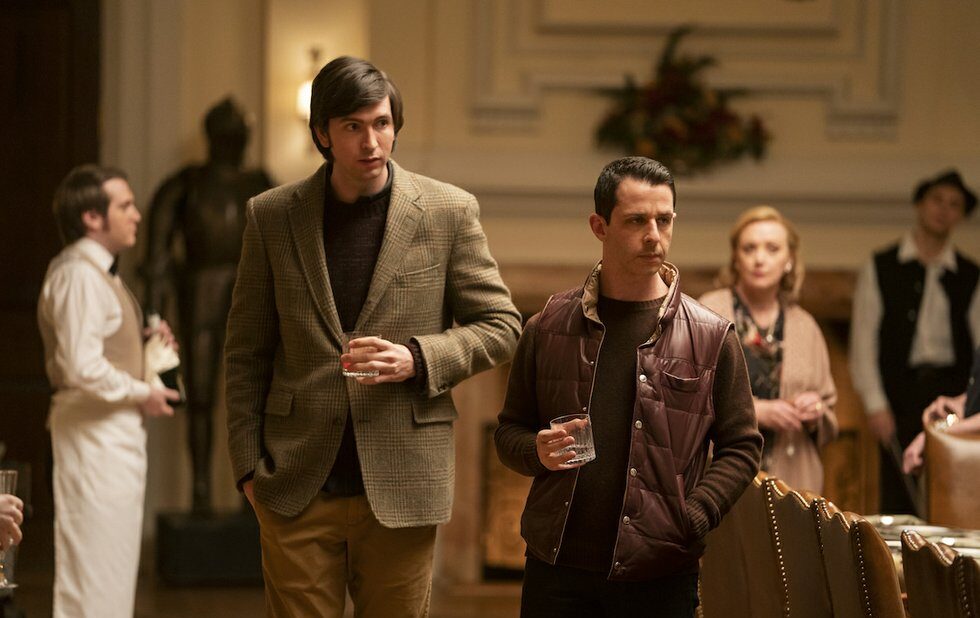 Nicholas Braun is visiting Toronto, but it’s not his first time. The towering actor who plays Cousin Greg on the Crave series Succession lived out of the Sutton Place hotel as a preteen while shooting his first role, a TV movie called Walter & Henry. He returned a few years ago when shooting 2015’s Poltergeist with Sam Rockwell.

“I could live here,” says Braun, recalling his impression of the 6ix back then while trying to convince me how he likes it here. “But I didn’t have the money.”

Things are very different for him now.

We’re sitting in a large, empty boardroom on the executive floor at Bell Media Studios. I’m not sure that the publicist who put us here is aware how fitting the space is. Here’s Braun, lounging at the top of Canada’s most-watched television network, discussing his role as Greg, the awkward and bumbling cousin who works his way up the food chain at a toxic, family-owned media conglomerate.

Just last year, Succession felt like a shared secret among fans in the know. But its popularity exploded in the second season.

“You’re just getting used to the characters in the first season,” says Braun, suspecting that most audiences only caught up with the show on the hiatus between seasons. “With an hour-long drama, you have to really introduce these people so they can last. Then it starts to pick up. In season two, we’re fully firing.”

All the Succession memes and parodies are a sure sign of its success. Braun’s favourite is Ben Cahn’s video. The comic plays all the wealthy and petty characters in a bit where every family member hovers around patriarch Logan’s M&Ms. “Fuck off! These are my M&Ms.”

The woolly-mouthed and hilarious Greg is a fan favourite. He pairs nicely with Matthew Macfadyen’s abusive but needy Tom Wambsgans. Braun refers to Greg as the married Tom’s “side piece.”

These guys sit on the margins like a Greek chorus. Together, they are the show’s C-3PO and R2-D2, their buffoonery orbiting the Darth Vader-ish Logan Roy and the heirs vying for control of a media empire: Kendall (Jeremy Strong), Shiv (Sarah Snook) and Roman (Kieran Culkin).

As a character who enters the show as a pothead and slowly becomes immersed into the Roy empire, Greg is also our eyes and ears. Some even suggest that he is more innocent, a moral compass we can relate to even though he remains corruptible.

I’m not entirely sure I buy that last argument. At times, Greg seems to feign a moral high ground if only to mount a case for his own defence should anyone scrutinize his self-serving decisions. He’s constantly scanning for both opportunity and safety.

“He’s less moral than he’s aware of,” says Braun. The actor still thinks Greg is relatively sanitary but certainly not a beacon of hope. “As the show goes on, it’s peeling layers off him. At his core, he might be able to do some of this stuff: blackmail, steal, lie and use things he knows to his advantage. That’s in him.”

Braun points to how we meet Greg in the pilot. He feeds his mom some bullshit about how he helped out a hitchhiker who got him stoned enough to be fired from his minimum-wage job. Greg’s willingness to lie is the first trait we see.

I point to the follow-up episode and the thing that first convinced me that Greg is pure Roy. Acting on the family’s behalf, Greg takes a taxi with no cash on hand. He arrives in the cab at a Roy family condo, and leaves it to a confused doorman to handle the tab. “You guys need to work things out for yourself,” says Greg, “because basically, one of you doesn’t have $14.”

“That’s another piece of evidence that he has that side to him,” says Braun. “He’s willing to do what he has to do: create chaos. He’s willing to let a cab driver and a doorman duke it out – two guys who need the money. Those scenes have been planted so that he doesn’t seem like just a really good guy in the world.”

Braun even casts doubt on whether Greg’s bumbling demeanour and naïveté is entirely sincere.

“It’s posturing a bit,” he says. “If he’s bumbling, he’s not a threat. I think it’s a little bit of a weapon of his. Sometimes I think he actually is nervous and uncomfortable, and other times I think he falls back on that.”

As the second season unfolds, we see Greg stick his neck out and stake his ground more. He isn’t constantly cowering. Braun points to the ninth episode, when the Roy family is watching a devastating 60 Minutes piece about a company whistle-blower, all the vital characters gathered around as if in a war room.

“Greg is in that room,” Braun points out. “In the script there was a little bit more from Logan. He’s like, ‘I want this guy in this room.’ That was taken out, but the intention is still there. Greg is earning his stripes. He’s earning his place in these rooms. So I think Greg can sit a little bit more assuredly.”