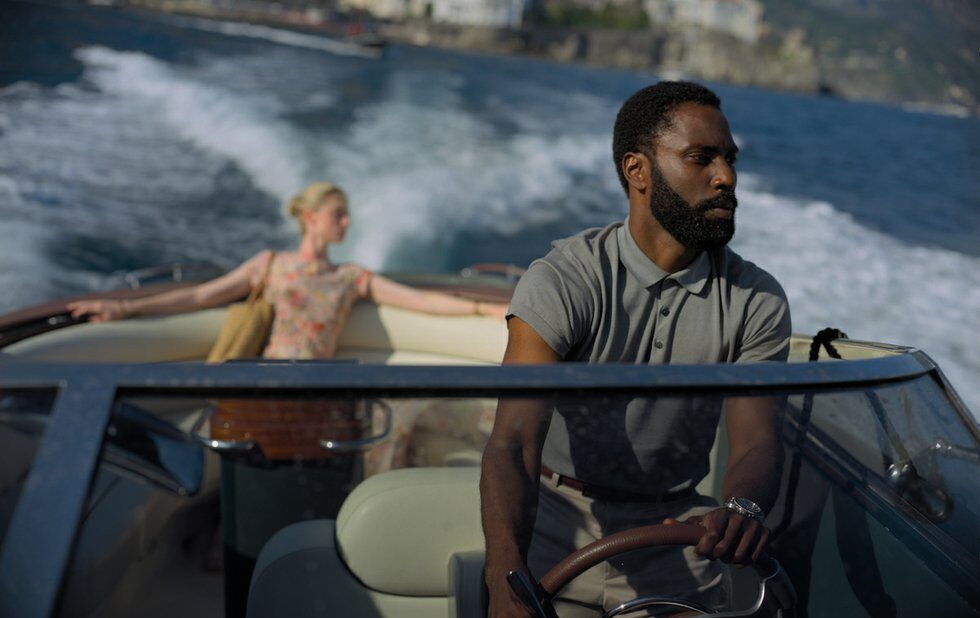 Jon Stewart doesn’t do much these days, which makes the arrival of his second feature as a writer/director kind of a big deal: Universal is also putting it in the quirky-cool late June slot that did so well for Danny Boyle’s Yesterday last year (which feels like a statement of confidence). All we know right now is that Steve Carell stars as a high-powered Democratic strategist who helps a retired colonel (Chris Cooper) run for mayor in a conservative Wisconsin town, and that the supporting cast includes Mackenzie Davis, Topher Grace, Will Sasso and Natasha Lyonne. And honestly, that’s enough. (June 26, streaming)

Those of us who had tickets to Hamilton performances that were cancelled by COVID-19 will have to settle for the streaming version. Lin-Manuel Miranda’s Tony Award-winning musical about a rapping Alexander Hamilton is coming to Disney+ with its original cast. That includes Miranda (Mary Poppins), Daveed Diggs (Blindspotting) and Jonathan Groff (Frozen) in performances shot live onstage just before the original cast departed the long-running Broadway hit. (July 3, Disney+)

It seems comic-book projects are a summer staple even for streaming services this Netflix feature – adapted by DC and Marvel veteran Greg Rucka from the series he created with Leandro Fernandez – stars Charlize Theron, Chiwetel Ejiofor and Matthias Schoenaerts in a tale of immortal warriors turned modern mercenaries who find themselves on the run when their secret is exposed. The twist: it’s directed by Gina Prince-Bythewood, whose filmography favours subtle, emotional dramas like Love & Basketball and Beyond The Lights. What’s she going to do with this? We have no idea, but we’re keen to find out. (July 10, streaming)

Sure, we go to the movies for escapism, but if you’re seeking a more cathartic big-screen experience, consider Rose Glass’s harrowing first feature about a young English palliative-care nurse (Morfydd Clark) convinced that her latest patient (Jennifer Ehle) is a lost soul in need of salvation… by any means necessary. Acclaimed at TIFF for Clark’s tour-de-force performance, its combination of illness, intensity and isolated characters might be arriving at just the right time (July 17, theatrical)

Christopher Nolan loves releasing movies in mid-July. And with good reason: The Dark Knight, Inception, The Dark Knight Returns and Dunkirk all opened in that window to massive box office returns and (mostly) rapturous reviews. Will a global pandemic scuttle that plan for his latest thriller, which stars John David Washington, Robert Pattinson, Elizabeth Debicki and Kenneth Branagh and may or may not involve espionage, time travel and the end of the world? Ironically, only time will tell. (July 31, theatrical)

Here’s hoping the Sundance hype doesn’t disappoint with this prizewinner about a teenager vying to get in with a dirt bike crew in Baltimore. Newcomer Jahi Di’Allo Winston stars opposite Meek Mill in a story ripped from a 2013 documentary, 12 O’Clock Boys, about the limited options for a young Black kid in Baltimore. (Date and format to be confirmed, August 14)

It’s been almost three full decades since Bill S. Preston, Esq. and Ted “Theodore” Logan graced the big screen… and since then, Keanu Reeves and Alex Winter have spent a lot of time making sure we know they’re not just California idiots. If you’ve seen the trailer, you know how odd it is to see them slip back into those characters after all these years – and how weirdly comforting it is, too. Given that original screenwriters Chris Matheson and Ed Solomon are behind this – with Galaxy Quest’s Dean Parisot directing – it seems like this movie’s ready to engage with all of those things, while still being very, very silly. (August 21, theatrical)

The trailer looks like Get Out meets 12 Years A Slave meets Westworld. Gerard Bush and Christopher Renz, the guys behind the Kill Jay-Z video, make their debut with this time-travelling horror movie starring recording artist-turned-actor Janelle Monáe. She plays an author plucked from her modern comforts, dropped into the 19th century to face her ancestors while forced into slavery. (August 21, theatrical)

Starring The Witch’s Anya Taylor-Joy, Game Of Thrones’s Maisie Williams and Stranger Things’ Charlie Heaton as teenagers manifesting strange and terrifying abilities, Josh Boone’s psychological horror take on the Marvel mutants was originally intended to launch a new chapter of the X-Men franchise for 20th Century Fox… when it was shot in 2016. It’s been bouncing around the schedule ever since, to the point where each new release date feels like a provocation rather than a promise. But that cast keeps us hoping The New Mutants will actually see the inside of a theatre – or premiere on Disney+, whatever – eventually. (August 28, theatrical?)