The Sundance Film Festival denied press credentials to a movie blogger who has been called "America's worst critic" perhaps. 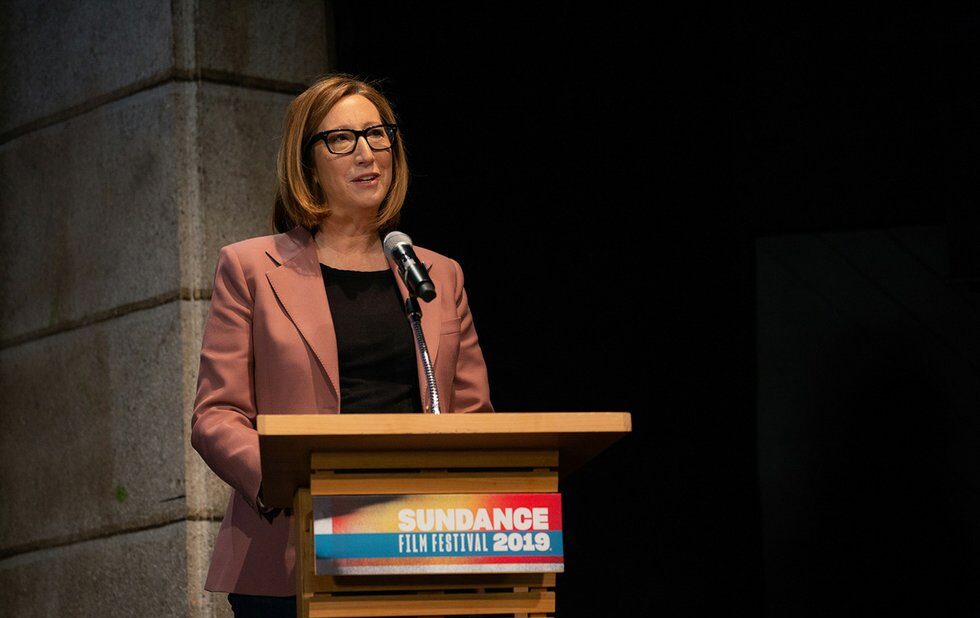 The Sundance Film Festival denied press credentials to a movie blogger who has been called “America’s worst critic” perhaps the Toronto International Film Festival (TIFF) should do the same.

In an online rant posted on his website Hollywood Elsewhere on Thursday (January 24), Jeffrey Wells suggested that TIFF had second thoughts about accrediting him for last year’s festival, writing that he was grilled by PR reps after the festival received a letter of complaint about his behaviour. In the end, he was granted press access.

Wells has been known to make misogynist remarks and once privately begged director James Mangold to supply him with nude photos of actor Vinessa Shaw.

When asked about Wells, a TIFF spokesperson said the festival does not comment on an individual’s media accreditation status and provided a statement.

“The accreditation process is comprehensive and confidential the distribution of passes is assessed every year, and an automatic renewal of accreditation is never guaranteed, regardless of previous years attendance,” the statement reads. “Our code of conduct states we do not tolerate violence, mistreatment or harassment towards staff, volunteers, delegates, audience members or attendees at any of our festivals, conferences or events. We take any allegations of misconduct very seriously and take immediate steps to investigate complaints.”

Sundance kicked off in Utah this weekend. In December, Wells reported that the festival offered no clear explanation on why his access was denied beyond limited availability. At the time, Wells surmised action was taken because he wasnt hip with the #MeToo movement and identity politics. For this is clearly a censorious and illiberal response to my having written critical riffs about the matters near and dear to wokeness, he wrote.

Wellss Thursday morning rant began by reporting on Sundance executive director Keri Putnam’s opening remarks regarding diversity in media. Putnam noted the film press is overwhelmingly white and male before stating that Sundance, in an initiative also adopted by TIFF, adjusted its press accreditation policy so that 63 per cent of journalists covering the festival would be from underrepresented groups.

In his post, Wells entertained the idea that his credentials were nixed to make room for new, diverse voices. But then he blamed his lost accreditation on another writer, Scott Weinberg. Wells claimed Weinberg wrote a letter to Sundance persuading them to deny festival access considering the Hollywood Elsewhere bloggers behaviour.

Weinberg took to Twitter to deny writing letters to Sundance and TIFF. If such letters existed, perhaps they would reiterate points already made by entertainment site TheFrisky.com.

First, theres the nude photos situation. In 2007, Deadline reported that Wells wrote an email to Mangold thanking him for encouraging Vinessa Shaw to do her first flat-out, boob-baring nude scene in 3:10 To Yuma and then begged the director to discreetly slip him more behind-the-scenes content from those shoots.

Wells also dedicated an entire post to whining about Nicole Kidman not baring it all in a movie, which is among several occasions the blogger has shown his enthusiasm for nude scenes.

“The Revenant” is an unflinchingly brutal, you-are-there, raw-element immersion like something you’ve never seen. Forget women seeing this.

Wells also regularly fat shames male and female actors as well as fellow writers. He tweeted that women wouldnt have the stomach to endure The Revenant and wrote about how lovely it would be if women had the “temperament of dogs.” He also complained about a movie theatre selling a ticket to a mother with a child who has down syndrome.

The list goes on. When he attended TIFF last year, perhaps he noticed the Share Her Journey rally and how the festival stressed its zero tolerance policy and code of conduct.” The code of conduct was printed and handed out to all press and industry with their accreditation badges, while a poster on King Street reiterated the points.