The 10-episode series from the DC Universe streaming service will air over the summer on Showcase, but it won't be coming back 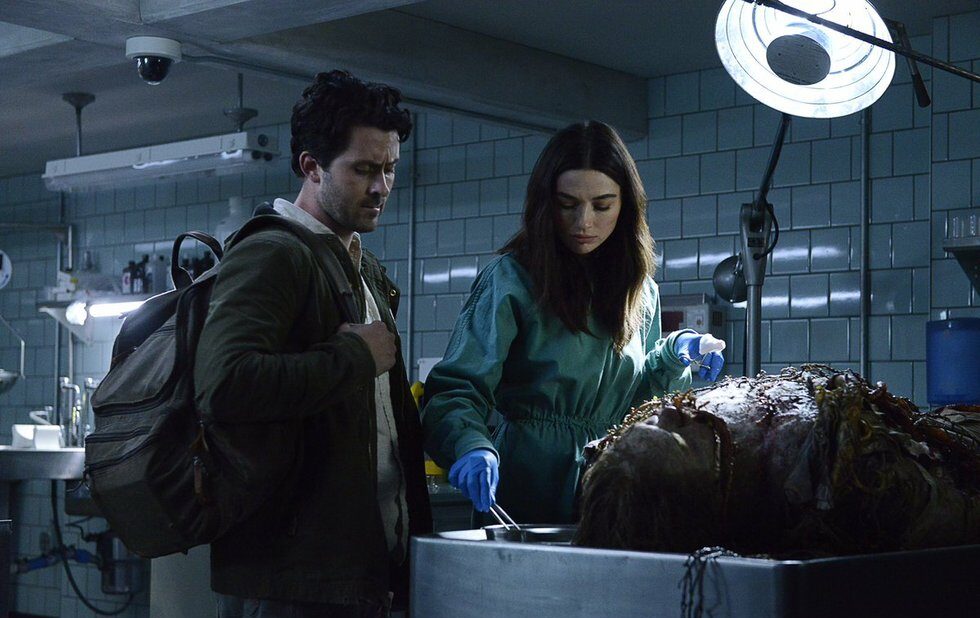 As most Canadian comic fans know, the DC Universe streaming service isn’t available up here, so I admit I haven’t been paying too much attention to it I just catch up to its various shows when they make it onto domestic carriers.

And they always do: Titans debuted on Netflix in January, Doom Patrol dropped on Space and Crave earlier this spring, and Swamp Thing – which premiered in the U.S. at the end of May – will come to Showcase in the fall.

But here’s the awkward part. Just a week after its first episode went live on DC Universe, the show was cancelled. All 10 episodes will be released over the course of the summer, and it’s still scheduled for its Showcase run, but Swamp Thing is a dead show walking. No one’s exactly sure why it was scuttled, fueling speculation that Warner Bros. – which owns all of DC’s properties – was planning to shut down the service entirely. Eventually, DC Universe released a statement with a lot of words in it but no real information.

And here we are, waiting to see whether an expensive show failed to pull a large enough audience to justify the expense of a second season, or if another Netflix-Marvel mass extinction is in the offing. I’ll keep you posted.

Speaking of Marvel, they’ve got their own issues. Dark Phoenix, the long-delayed last hurrah of 20th Century Fox’s X-Men, tanked spectacularly on its release earlier this month, its $33 million opening weekend marking the lowest take of any film in the 19-year-old franchise. Worse, as my colleague Rad Simonpillai pointed out in his review, it’s terrible – a mess of incoherent action, simplistic yet overcomplicated plot and performances that range from overwrought to undercooked that bungles, yet again, one of the most memorable storylines in the characters’ comic-book history.

Amazingly enough, writer/director Simon Kinberg was the guy who screwed up the Phoenix saga the first time around, too, as co-writer of Brett Ratner’s underwhelming X-Men: The Last Stand – but we all blamed Ratner for that one. (I guess we’re suckers.)

Disney’s acquisition of Marvel means the X-Men will get a fresh start – along with the Fantastic Four – when they’re integrated into the Marvel Cinematic Universe down the line, but the characters deserved a better sendoff than this ugly, empty misfire.

Speaking of the MCU – and of movies Rad didn’t like – Anna Boden and Ryan Fleck’s cosmic prequel Captain Marvel arrived on disc recently from Disney. I enjoyed it a lot more than he did as weird as James Gunn’s Guardians Of The Galaxy but perhaps less approachable to non-comic readers, it starts out as a gargantuan interstellar epic – honestly, I kinda loved the fact that those first 15 minutes just roll through a decade of obscure Marvel mythology without offering any kind of lexicon for newcomers – before downshifting into a charming buddy picture with Brie Larson and Samuel L. Jackson chasing aliens around Los Angeles circa 1995.

It’s still just plain weird that Boden and Fleck – the art-house heroes who gave us Half-Nelson, Sugar, It’s Kind Of A Funny Story and Mississippi Grind – got the keys to a massive Marvel picture in the first place, but they approach it as a character piece, their actors stepped up and delivered, and the effects teams have everyone’s backs. (The de-aging on Jackson, who’s 70 playing 40, is downright eerie.)

The film itself looks and sounds great – whoever mixed the 4K edition’s Dolby Atmos soundtrack had a whale of a time with the specific placement of engine noises, proton blasts and explosions – and the behind-the-scenes featurettes are all fine. Viewers of a certain age will particularly appreciate the 90s-style profile of cat co-star Goose, I imagine.

But the real gem of the package is an engaging audio commentary from Boden and Fleck, who chatter about story beats, visual effects, Marvel Easter eggs, mid-90s needle drops, the finer notes of Larson’s performance and their points of reference for the film’s style. (It’s no surprise The French Connection was touchstone for an elevated train chase, for instance, but the nods to The Godfather and The Conversation feel more inspired.)

They also get positively giddy over the joys of burying Ben Mendelsohn in Skrull makeup having worked with him on Mississippi Grind, they clearly love the guy and relish every chance to torture him. Look, these productions tend to be huge, impersonal machines you take your pleasure where you can.

Our final stop this week brings us back to mutants, and one of the last Marvel properties standing on the Fox lot: Legion, the trippy X-Men-adjacent series returning for its third and final season Monday (June 24) on FX Canada. (It’ll also be streaming on FX Now.)

Earlier this year, I described Noah Hawley’s show as the superhero version of Bryan Fuller’s Hannibal, willing to venture into baroque, surreal depictions of its characters’ headscapes – though Hawley has more of a tendency to get stuck in an image or a concept, and the second season got bogged down in digressions halfway through its episode order. That season ran 11 episodes, which might explain the bloat the first and last seasons are reined in at just eight apiece.

Reflecting this, the first two episodes of Season 3 are a little more tightly plotted, catching us up on what’s happened in the world since Dan Stevens’s David Haller made his heel turn and united his friends and enemies against him at the end of Season 2.

Bottom line? Things aren’t good. David is leading a cult now, recruiting young women for an unspecified purpose and aided in this venture by Aubrey Plaza’s resurrected Lenny – look, it’s a long story, just watch the previous seasons. His old pals at Division 3, led by ex-lover Syd Barrett (Rachel Keller), are trying to find him before he can fulfill his destiny as the man who ends the world, but they’re underpowered and overmatched even before a mutant called Switch (Lauren Tsai) joins David’s harem.

On one hand, this new season of Legion doesn’t do anything terribly different from the previous seasons: Hawley’s spacey-70s aesthetic is in full flower, and the loopy digressions are as vivid as ever. Both episodes include musical numbers that kinda-sorta advance the plot, but mostly just dazzle. But there’s also solid character development, inventive depictions of mutant powers, a delightful bit of mime from Bill Irwin (who’s always a twitchy delight as the science-crazed Cary Loudermilk) and at least one genuine narrative surprise. This season’s going somewhere. Strap in.