Matt Johnson, whose criticism of Telefilm's funding system sparked them to invite him to develop a new model, discusses how it will work 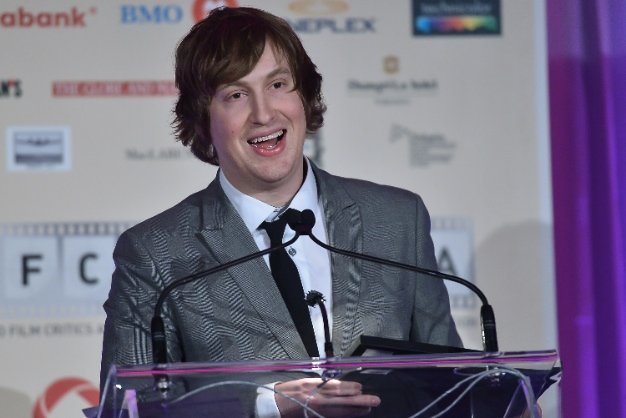 Two years ago, I had a conversation with Matt Johnson about Canadian film financing, in which the Operation Avalanche director spelled out his ideal funding system.

“I’m saying rather than funding 20 movies from sort of these old filmmakers every single year, fund 150 by filmmakers that nobody has ever heard of,” Johnson said back then.

Johnson, along with his producing partner Matthew Miller, came up with a compromise.

The filmmaker can then seek out provincial and municipal contributions, tax credits and other financiers to make their first feature budget significantly larger.

The submissions are in for the first cohort and the selection process is about to begin. And this is where things should get exciting with the Talent To Watch program, which is now the key strategic driver to tackle diversity and representation in Canadian film.

Over 50 partners brought in submissions from across the country, including film schools, film co-ops and festivals like Reel Asian and CaribbeanTales to access new voices.

“We knew, quite clearly, that Telefilm as an institution was not going to be able to reach absolutely every community that they should be reaching on a personal level,” says Johnson, whom I spoke to last week in preparation for a Breakfast at TIFF panel on Talent To Watch this Friday (April 20).

Johnson called on me to moderate the discussion, which will also include Matthew Miller, Telefilm’s Stephanie Azam, filmmaker Ashley McKenzie and CarribeanTales Frances-Anne Solomon.

“We’re hoping we crack open the floodgates of voices you just never would hear, ever,” Johnson adds.  “Regional diversity and diversity of voice is in the top two considerations for our jury, which is a major thing that we changed. Now Telefilm is not selecting these films internally. It’s all peer juried, which is crazy. That’s never happened before.”

Telefilm is holding back on revealing the jury so candidates won’t be compelled to curry favour in some way. Comprised of filmmakers (with one exception), the current five-member selection committee is the answer to previous grievances that decision making had always rested in the hands of the same old demographic, where the nuances in a pitch or script written with minority characters would likely go unappreciated. The jury is exceptionally diverse, with only a single white male among them, though that’s not to say that there aren’t gaps in representation.

“We were trying to have as much diversity as possible,” says Johnson, who is fully aware that he’ll meet with some criticism.

In this case, I do understand the challenge achieving perfect representation among a jury of “younger” filmmakers who already produced their first feature (so they stand nothing to gain from Talent To Watch).

Representation among the established talent pool is limited, and that’s exactly what this program is working to change.

Another major addition at Telefilm is the carrot for first-time filmmakers whose debuts land at Sundance, Berlin, Cannes, Venice or the American Indian film festivals. They will automatically qualify under a fast track program rewarding $500,000 for their next feature, a sum tethered to the director and not their producing partners.

Notably, the Toronto International Film Festival is not on this qualifying list for that fast track program, a move clearly discounting home field advantage. Imagine what Canadian programmer Steve Gravestock could do to Telefilm’s budget if he decided to program errbody!

Without TIFF as a fast track qualifier, debut filmmakers will be jockeying for slots at festivals like Cannes and Venice, where diversity and gender parity aren’t as passionately embraced as it is at home. That snag in the system will hopefully be ironed out in the program’s future iterations. For now, the fast track already has its inaugural recipient.

“[Werewolf director] Ashley McKenzie is one of the first holders of this half-million dollars,” says Johnson, noting the bargaining power that gives her when dealing with production companies, funders, sales agents and so on.

“She’s holding the bulk of the film’s financing in her hand. So nobody’s going to push her around. Nobody’s going to say, ‘Hey, you’ve got to change your script, get this actor, shoot with these partners.’ Because she could walk.”

McKenzie plans to avoid such partners. She wouldn’t want to venture into making anyone else’s kind of film. Speaking to me over the phone ahead of Friday’s panel, she explains her plan to take that half-million to make a film in Cape Breton, a region where filmmaking opportunities barely exist.

With her current standing, she may also end up on a subsequent Talent To Watch jury and facilitate more opportunity for her East Coast peers.

Breakfast at TIFF: Your Chance to Make Your First Feature Film takes place Friday (April 20) at 9 am, at TIFF Bell Lightbox.