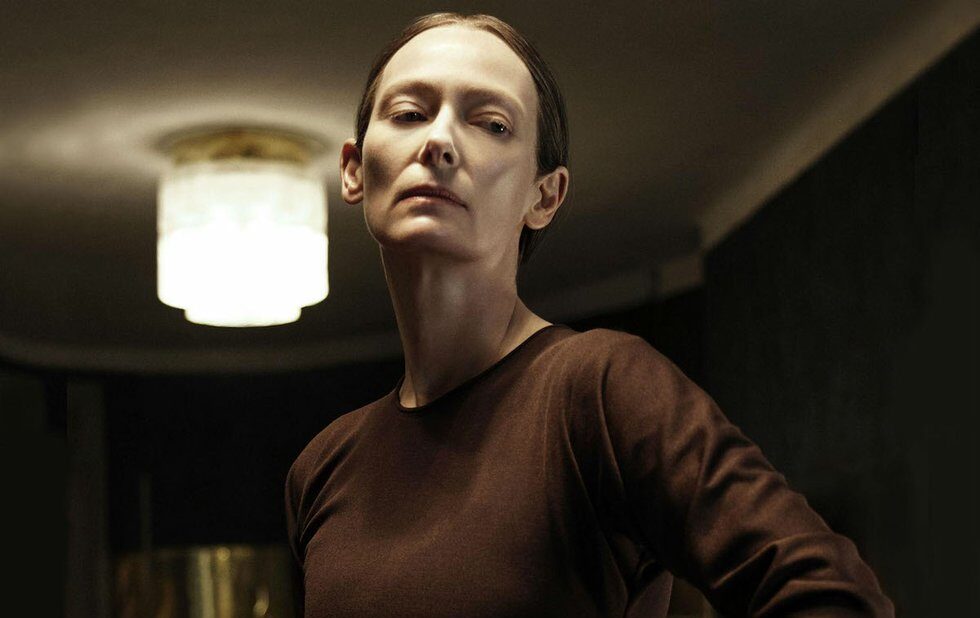 Having just survived my 30th Toronto International Film Festival, what am I looking forward to? Longer walks with the dog, more time in the sunshine, tacos with friends. Oh, and also a few more movies, since the fall is packed to bursting with stuff that gets me excited about sitting down in front of a screen again.

And before anyone gets too agitated, I didn’t include A Star Is Born, Green Book, The Sisters Brothers, First Man, Halloween, Can You Ever Forgive Me? or Widows because I’ve already seen them at the festival – along with 50-odd other movies. I’m very tired.

1. Bad Times At The El Royale

Drew Goddard – who wrote Cloverfield, directed and co-wrote The Cabin In The Woods and is a regular director on The Good Place – returns to the big screen with a thriller about seven strangers who meet at the eponymous hotel in Lake Tahoe. Among those strangers: Chris Hemsworth, Jon Hamm, Dakota Johnson, Jeff Bridges, Nick Offerman, The Good Place’s Manny Jacinto and Katharine Isabelle. I don’t know what happens, and can’t wait to find out. October 5

Gareth Evans, director of the hyperkinetic Raid movies, returns after a four-year absence with this Netflix thriller starring Dan Stevens as a man determined to rescue his sister from a cult. This will almost certainly require a great deal of violence, because that’s what Evans does – and Stevens demonstrated a flair for hand-to-hand combat in The Guest. October 12

I missed it at TIFF but have heard only good things about Paul Dano’s directorial debut, which stars Jake Gyllenhaal and Carey Mulligan in an adaptation of Richard Ford’s novel about a disintegrating marriage. Dano wrote the script with his real-life partner, Zoe Kazan, who wrote the prescient Ruby Sparks, and I’m eager to see the perspective they bring to Ford’s text. October 19

Dario Argento’s 1977 fever dream about murders in a German ballet school is one of my very favourite horror movies, so I’m sure curious to see what Luca Guadagnino – the hyper-stylist who gave us I Am Love and Call Me By Your Name – will do with the remake, which reunites his A Bigger Splash co-stars Dakota Johnson and Tilda Swinton. If nothing else, the tapestries will look magnificent. November 2

South Korean writer/director Lee Chang-dong’s first film since 2010’s Poetry is, by all reports, just as powerful – part social drama, part character study and part thriller, with a rare Korean-language performance by The Walking Dead’s Steven Yeun. I wasn’t able to catch it at TIFF, which is going to be a recurring theme in this list, but I won’t miss it when it opens. November 2

6. The Other Side Of The Wind

Orson Welles left a number of projects uncompleted when he died in 1985, but this one is the most infamous, an ambitious drama starring John Huston as a Welles-like director who comes out of retirement to make a new film. Effectively finished when Welles ran out of money to complete the edit in the 70s, it’s been in limbo ever since – until Netflix acquired it and financed its restoration. In November, we’ll finally see what all the fuss was about. November 2

There have been a lot of weird rumours swirling around Julius Avery’s thriller, which involves a platoon of Allied soldiers on a secret mission behind enemy lines on D-Day. Is it a horror movie? Is it sci-fi? Given that J.J. Abrams produced it under a cloak of secrecy, is it another Cloverfield movie? Probably yes, and even after the disappointment of The Cloverfield Paradox, I still look forward to finding out. November 9

The latest from Yorgos Lanthimos (The Lobster, The Killing Of A Sacred Deer) is a costume drama set in 18th century England, with Emma Stone as a new servant in the court of Queen Anne (Olivia Colman) and Rachel Weisz as a noblewoman threatened by her presence. It didn’t play TIFF, so I’ll be catching up to it with everyone else. November 23

9. The Ballad Of Buster Scruggs

Joel and Ethan Coen’s first project for Netflix was initially announced as a limited series of Western tales, with a cast that includes Liam Neeson, Zoe Kazan, Brendan Gleeson, James Franco, Stephen Root, Tom Waits and Tim Blake Nelson as the eponymous cowpoke. Somewhere along the line, the brothers decided to stitch the various stories together into a feature film. I have learned to trust their instincts. November 16

I managed to miss Alfonso Cuarón’s autobiographical drama about a family in Mexico City at TIFF, and figured I’d have to settle for catching up to it at home as a Netflix exclusive, but the response on the festival circuit has been so strong that it’s led the streaming service to consider a proper theatrical run first. Which would be very nice. December 14