The Shape Of Water is a deserving Best Picture Oscar winner

There was no envelope controversy, but Guillermo Del Toro’s monster love story took the top prize (and a few others) in what felt like a genuine upset 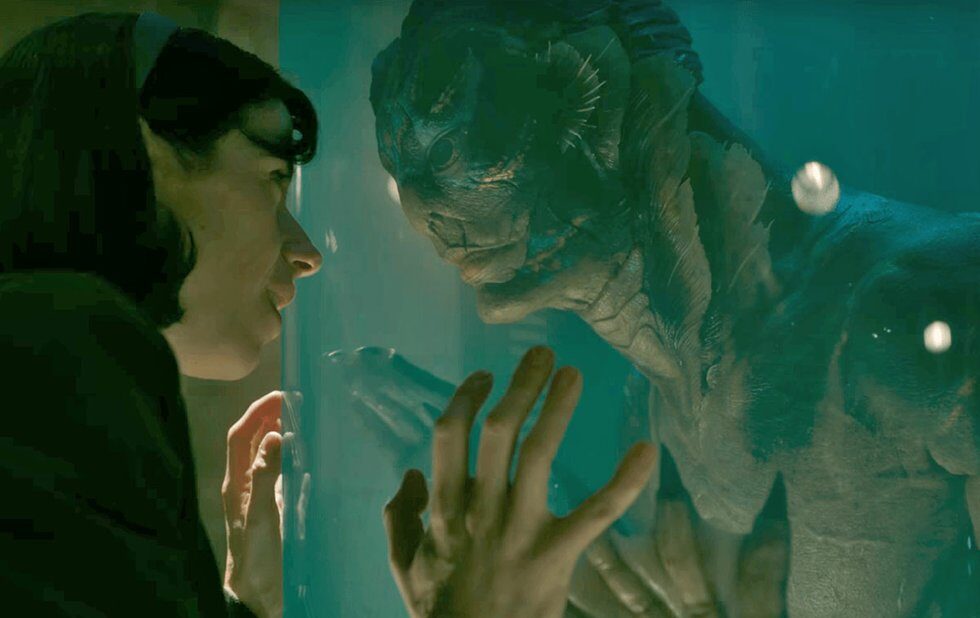 Although the film was Oscar’s front-runner, with a total of 13 nominations, few industry-watchers thought it would take the top prize Martin McDonagh’s Three Billboards Outside Ebbing, Missouri, Christopher Nolan’s Dunkirk and Jordan Peele’s Get Out all had more buzz for a best picture win, with Greta Gerwig’s Lady Bird positioned as a possible consensus winner. Everyone was sure Del Toro would win best director (and he did), but the film was deemed too weird, too odd, too different to make it all the way to the top prize.

Well, nobody knows anything. Del Toro’s delicate, beautiful, strange little movie created its own wave, and brought a genuine thrill to the exhausting ceremony when Warren Beatty and Faye Dunaway – brought back for a do-over after last year’s disastrous La La Land/Moonlight mix-up – announced the winner.

Watch the playback, and you’ll see Del Toro take a quick glance at the envelope to make sure his movie really won – he did it as a gag, I’m sure, but you can see real joy flood his face the moment he reads the title and knows it’s true. The Shape Of Water is a film about love and acceptance by a man who wears his heart on his sleeve in all of his films, and seeing it embraced by the Academy provided the best kind of surprise at the end of a very long night.

Guillermo del Toro: “I am an immigrant…The greatest thing our art does and our industry does is to erase the lines in the sand. We should continue doing that when the world tells us to make them deeper.” https://t.co/lJd891ISOk #Oscars pic.twitter.com/PoOitsZvGu

The evening did offer a couple of powerful moments that were nonetheless stage-crafted to be as uncontroversial as possible, as though the Academy preferred to make gestures rather than statements.

If Harvey Weinstein or Kevin Spacey were mentioned by name, I didn’t catch it, though the sight of three of his most public victims – Ashley Judd, Annabella Sciorra and Salma Hayek – appearing together to speak to the Me Too and Time’s Up moment was a powerful image on its own.

And sure, Jennifer Lawrence and Jodie Foster’s double act presenting best actress was fun, but it also reminded us that last year’s best actor winner Casey Affleck had to withdraw under his own cloud of harassment allegations. Foster and Lawrence never explained why they were there, and viewers unaware of the Affleck story might simply have thought it nice to see the two stars goofing around. I’m sure that was the point. Keep it light, keep it symbolic, move the show along.

Well, the show didn’t move, but that wasn’t any one person’s fault – except maybe Kimmel, who ate up time with dopey gimmick bits like promising a Jet-Ski to the winner who delivered the shortest acceptance speech – a gag that went on longer than any of the speeches, but never mind – or rounding up a bunch of famous people to interrupt a sneak preview of A Wrinkle In Time in a nearby auditorium to throw candy and hot dogs at the regular folk in the audience.

Like the bit last year where Kimmel invited a tour group into the Dolby Theater to gawk at famous people, it was a stunt designed to go viral, but in real time it was excruciating – and I can only imagine Ava DuVernay, a filmmaker so protective of her work, gritting her teeth as she agreed to the casual disregard for a project she’s spent years of her life on. But hey, ratings, right?

Frances McDormand has all the female nominees in every category stand up. “Look around, everybody…because we all have stories to tell and projects we need financed.” https://t.co/lJd891ISOk #Oscars pic.twitter.com/rNfg08xQJP

Somewhere around three and a half hours in – after Del Toro won best director and Oldman took best actor – Denzel Washington (who had also been up for best actor for Roman J. Israel, Esq.) checked his watch. Denzel Washington was all of us, cranky and disappointed and ready for the whole thing to be over. But then Frances McDormand won best actress, and Frances McDormand will wake you up whether you needed it or not.

Clearly nervous, she got through her acceptance speech and called for all the nominated women in the room – actors, writers, directors, cinematographers, producers – to stand up and be recognized, and to recognize one another.

“We all have stories to tell,” she said. “Invite us to your offices – or come to ours – and we’ll tell you all about them.” She was shaking as she said it, and if someone as formidable as Frances McDormand can feel intimidated simply by asking other women to stand up and be seen, well, that’s what it’s like to be a woman in Hollywood.

And it’s time that changed.