The Canadian Film Festival levels up and embraces Filth 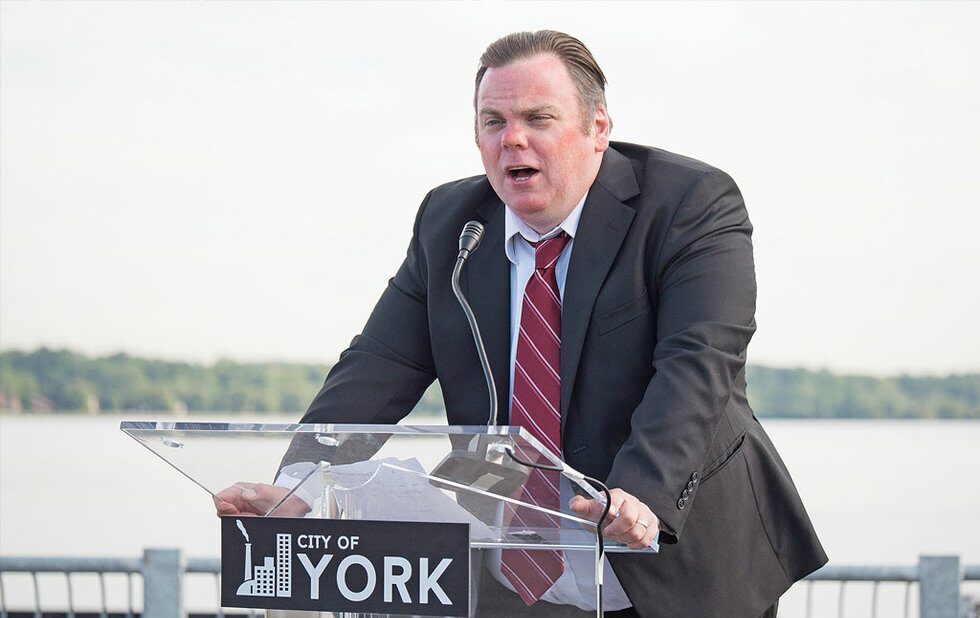 For its 2017 edition, the Canadian Film Fest will be settling in this week at the Scotiabank Theatre, a venue somewhat larger and shinier than its previous home at The Royal.

And with no disrespect intended to The Royal, the move does seem to suit the Can Film Fests evolution into a festival thats a little more sophisticated and a little slicker than it was when it started out.

What began as a ramshackle selection of undistributed features has become sharper and more selective, and while the programming still favours modestly budgeted indies thats becoming an asset rather than a detriment.

For example, I cant imagine a picture like Natty Zavitzs Edging (screening Wednesday at 7 pm) turning up in a festival like TIFF its just too small in both stature and scope, set entirely at a housewarming party for Jordan (Shomari Downer), who winds up isolating himself from the festivities to obsess over a malfunctioning garage door.

Its basically a filmed play, with friends coming to check on Jordan and winding up engaging in heavy conversations about their quarter-life crises but its an interesting one, intelligently written and structured to avoid monotony.

Zavitz an actor-turned-director making his feature debut after a couple of shorts grounds each conversation in little bits of business, occasionally cutting to a parallel story in which two of Jordans work friends arrive at the party and become fixated on getting him the perfect housewarming gift. Like I said, its a small picture with modest ambitions, but it fulfills those ambitions nicely. Thats never a bad thing.

Its a moody, occasionally piercing character study, and Kolasky who co-wrote and co-produced the film with Jones is terrific in a tricky role, keeping us on Laurens side as she acts out in increasingly risky ways by hinting at the panic driving those actions. Its a tour de force performance, played in a minor key.

I would love to be as generous to the festivals opening feature, An American Dream: The Education Of William Bowman (Tuesday, 7 pm), but unfortunately Ive seen it. Written and directed by Ken Finkleman in a mode that I can only describe as wrongheaded Lindsay Anderson, its a smug, insufferable satire about contemporary American culture that somehow thinks scoring a gunfight with wacky banjo music will be hailed as an original and even daring flourish.

Finklemans always been a fairly self-congratulatory filmmaker, but with this one presented as the delirious fantasy of a heartland naif (Jake Croker) after hes laid out during a high-school football game hes patting himself on the back so hard Im surprised he didnt break both his arms.

Youve likely heard a little about Filth City (Saturday, 8 pm) already as soon as it was announced as part of the festival lineup, Doug Ford started whining on local television about how Andy Kings satire conceived and produced as a 12-part web series but repackaged as a two-hour feature mocks his late brothers disgraceful behaviour.

Doug being Doug, he had neither seen the film nor understood what its actually about though that didnt stop him from threatening to run over the filmmakers if he saw them crossing the street. (Guys a prince.)

Weirdly enough, there is no Doug Ford character in Filth City, which spins the national embarrassment of the Rob Ford crack tape scandal into the stuff of broad farce. And its reckless, drug-addled politician is simply one element in Kings larger canvas of opportunistic corruption.

Not that Tom Hogg, mayor of the movies alternate municipality of York, isnt supposed to be a Rob Ford clone. Pat Thornton is appropriately splotchy, blank-eyed and manic, and his confused whine will be painfully familiar to Toronto residents. But hes also cannier and more active in his cover-up than his inspiration, and Thornton who played another gleefully corrupt mayor on the TV sketch series Sunnyside gives him a life of his own.

And at any rate, Filth City has a wider scope than just Hogg, casting its cynical net across all of the people drawn into the chaos of Hoggs attempts to reclaim the crack video including cops (co-writer Danny Polishchuk, Melanie Nicholls-King), a journalist (Siobhan Murphy) and one very resourceful civilian (Melinda Shankar).

The result is an appropriately frantic satire that perfectly captures the headspace of Toronto in 2012 and 2013, when the city seemed just seconds away from exploding into total mayhem. Im fascinated to see how it plays with an audience either Saturday night, or when I introduce it next month when its screened as NOWs Free Flick Monday at The Royal.

Oh, and dont forget about the shorts. Each feature will be preceded by at least one, and theres an entire shorts program Saturday at 12 pm that features a wide range of genres and themes. I really enjoyed Matthew Campbells enthusiastic Grocery Store Action Movie and Joel Ashton McCarthys clever I Love You So Much Its Killing Them, but theres something in there for everyone.

Its that kind of festival.