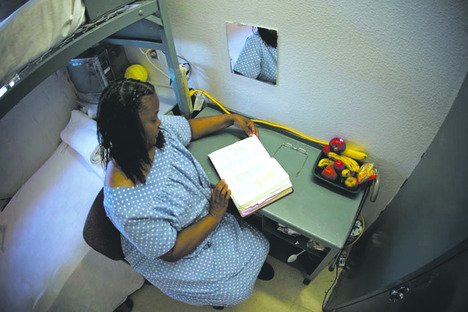 Hard to believe it’s been 20 years since the murder of 14 women at Montreal’s Ecole Polytechnique. The Female Eye Festival’s fifth annual December 6 program informs us the issues haven’t disappeared.

Sunday’s all-afternoon lineup at the NFB consists of two separate screenings of shorts about violence, separated by a panel discussion. I viewed the shorts in the first half, and they’re particularly strong.

Lindsay Angus’s 22-minute Survivors Guide To Freedom From Violence is a straightforward look at the under-reported situation of intimate partner abuse.

As one of the candid and brave subjects reveals, people often wrongly equate abuse with black eyes and bruises. In fact, abuse is often verbal and psychological, involving control and isolation. In time it may progress to more physical violence.

There’s a wide range of cautionary stories and lots of solid advice, such as the importance of documenting abuse to support future legal action. Psychologist Jan Hill smartly suggests women keep a hidden safety bag including important documents should they need to flee quickly. And there’s tons of information, much of it Internet-based or with a Toronto connection.

Olivia Klaus’s Sin By Silence examines the lives of women serving long sentences after killing their abusive partners. The issues involved are complex, and they’ve only recently been seriously considered by the courts, thanks largely to the group Convicted Women Against Abuse (CWAA).

The story of Rosemary, a nervous woman who went from battering father to battering husband, is heartbreaking, as is that of Brenda, who’s reunited with the son she had to put up for adoption when she entered prison 20 years earlier.

One audio clip of a 911 call from a sobbing child reporting that his mother is being beaten is simply horrific.

Of the shorter pieces, Ann Marie Fleming’s stop-motion work Room 710 deserves mention for its biting look at the way silence can lead to complicity. An exhausted woman (the puppet design is inspired) tries to fall asleep but can’t because her neighbours are fighting.

The spare, ironic script and artistic choices (the couple, seen through an apartment door viewer, are played by real actors) are shrewd and uncompromising.