The essential differences between The L Word and Work In Progress 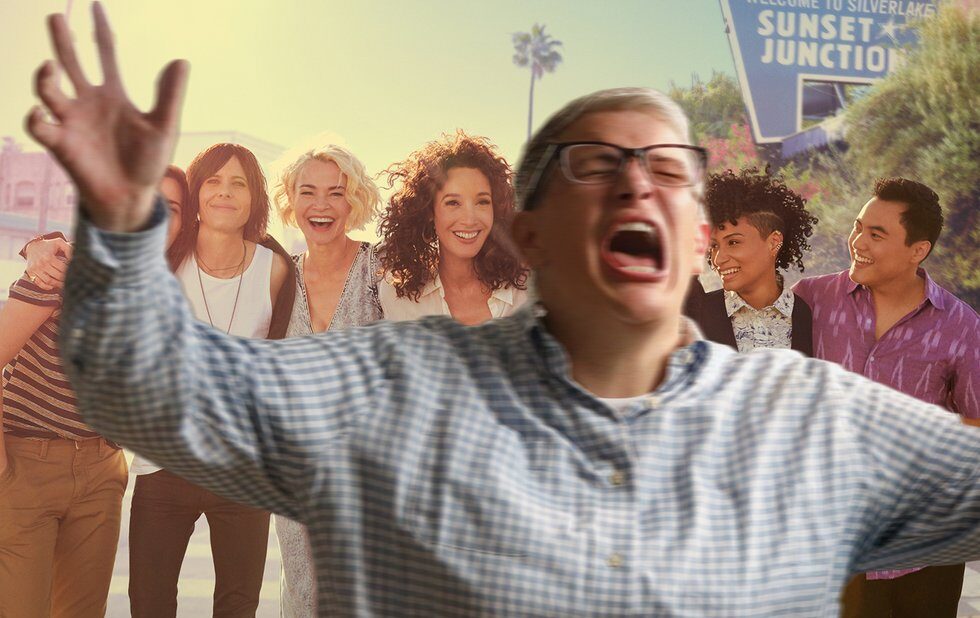 THE L WORD: GENERATION Q and WORK IN PROGRESS, both season finales air January 26 and stream on Crave.

You have to hand it to Showtime for scheduling The L Word: Generation Q and Work In Progress one after the other in the Sunday night slot. Sure, they’re about lesbian life (sort of, in the case of The L Word), but they don’t seem to be made for the same set of viewers.

Generation Q reboots the Ilene Chaiken-produced 2004 series The L Word. When the original debuted, no other show focused so closely on a lesbian scene, and for people like me, starved for pop culture Lesbian representation, it was irresistible. As I gleefully wrote at the time, my compulsion to watch the soapy L.A.-based series about beautiful rich dykes was akin to picking at a scab.

Since then, we haven’t experienced a cascade of dyke-themed TV series per se, but we’ve seen a stream of queer women on Orange Is The New Black, Batwoman, The Fosters and Gentleman Jack. Even über-mainstream shows like Stumptown and Grey’s Anatomy have lesbian content.

So you’d hope The L Word team would change it up significantly and not carry on as if little has changed. But it does not. Helmed this time by Marja-Lewis Ryan – with Chaiken still on board in a lesser creative role – it still follows glamorous and wealthy women loving, breaking up with and betraying each other. Three of the original characters, including Bette Porter (Jennifer Beals), Alice (Leisha Hailey) and Shane (Katherine Moennig) return to star alongside younger figures such as Latina millennials Dani (Arienne Mandi) and Sophie (Rosanny Zayas), an engaged couple with class issues their trans roommate Micah (Leo Sheng) and their butch buddy Finley (Jacqueline Toboni).

The plot twists and turns don’t require outlining. You just need to know that they revive the original’s sudsy vibe designed to create an elaborate fantasy version of lesbian life. Hardly anybody can identify with these women. But, if anything, viewers may want to be them.

Work In Progress, laced with mordant (literally in the first episode) humour, it’s nevertheless far from the multiple-character, glammy Los Angeles joy ride of The L Word. Set in gritty Chicago, it’s a singular character study of Abby (Chicago comedy stalwart Abby McEnany), an anxiety-ridden 40something, fat – her word – butch dyke with OCD who, just as she’s set to end her life, falls in love with the much younger trans man Chris (Theo Germaine).

She has a best friend (Celeste Pechous), who’s often crabby, and hangs with a community that barbecues and drinks beer. Abby’s experience is often painfully real. A full half-hour episode deals with her inability to enter the women’s washroom without being accosted by someone telling her how to find the men’s.

Work In Progress doesn’t manufacture obvious family tensions. Abby’s first family is supportive and welcomes Chris into the fold. Meanwhile, The L Word almost immediately establishes its soap opera bona fides, setting up a fierce conflict between Dani and her meanie capitalist dad, who’ll pay for the wedding provided Sophie signs a pre-nup and Dani doesn’t plan to leave her estate to their child.

Where The L Word has multiple subplots and seems to keep reaching for substantive issues, Work In Progress is wholly committed to its central character, whose story plays out against the backdrop of queer community. The vibrant queer bar in the first episode is filled with people who are open and diverse. In the dialogue and situations between Abby and Chris, you can sense the influence of co-writer Lilly Wachowski, who knows how to avoid clichés. 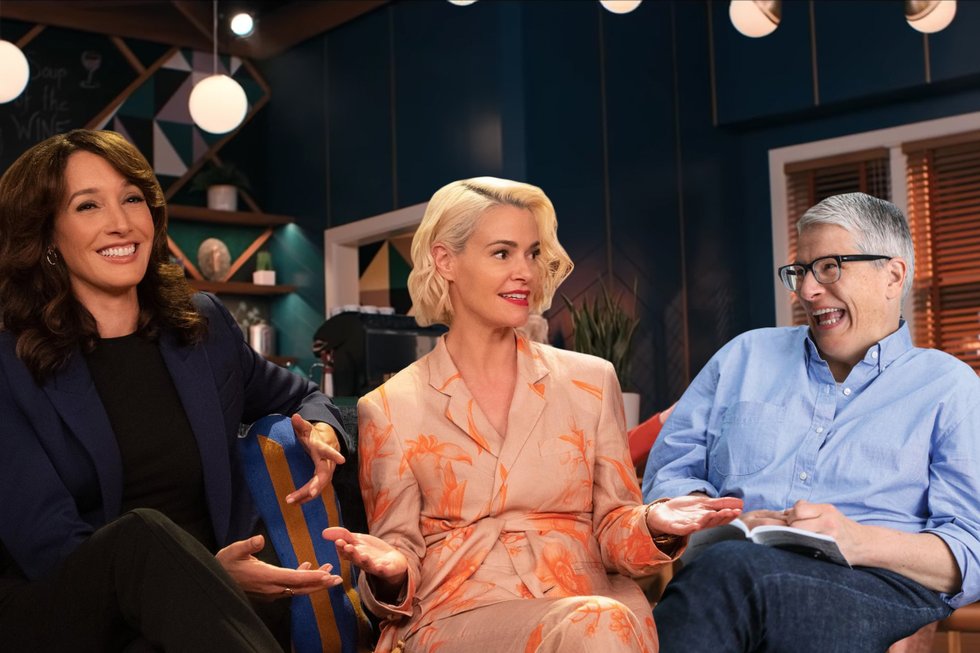 To be fair, Generation Q tried to solve the original L Word’s diversity problem. There are racialized characters and, more importantly, believable trans characters. But the focus is still on happily working wealthy lesbians, who – not incidentally – almost never refer to themselves as queer, and are seen more often at ritzy restaurants than at the lesbian bar Shane owns.

And every major character is conventionally beautiful. Finley may show off her armpit hair but she’s still drop-dead gorgeous. Work In Progress has no interest in glamour. The middle-aged dykes do not fall into the lipstick-lesbian category. Not that I have a problem with lipstick lesbians. It’s just that they don’t have to be the only thing I see on the screen. When McEnany was asked on the two shows’ red-carpet debuts if she’d be interested in appearing in Generation Q, she laughed, “If I get to wear coveralls, I’m in.”

Fantasy versus reality, glamour versus grit – those are the essential differences between the two shows.

Generation Q has its share of clumsy moments. Bette, now running for mayor of Los Angeles, is determined to end homelessness and the opioid crisis. Her campaign is derailed when her affair with an employee is exposed. To fight back, she goes on Alice’s talk show (à la Ellen) to declare that she refuses to be slut-shamed. Really? In the #MeToo era? No matter their gender, a boss sleeping with an underling is controversial by definition.

Worse is an absurd sequence in a doctor’s office where commitment-phobe Shane (still hugely compelling) and her pregnant ex-(maybe)-wife Angie are set for an ultrasound. A worried Angie tells the doctor she’s been nauseous and is assured that that’s typical in the first trimester of pregnancy. How does a grown woman already months pregnant in the digital age not know that? No wonder even showrunner Ryan has used the word silly to describe her show.