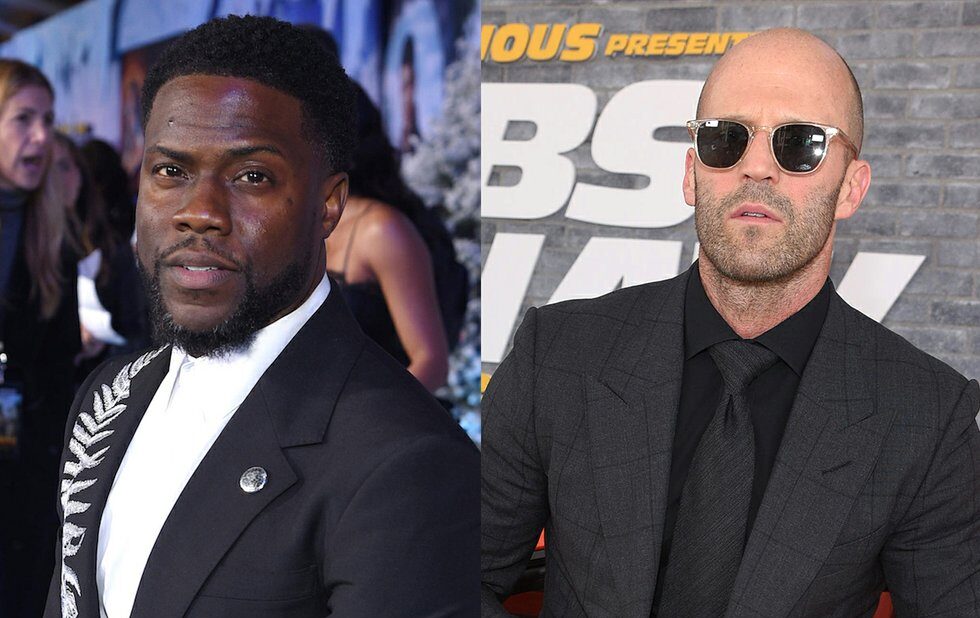 Kevin Hart and Jason Statham are starring in an action comedy called The Man From Toronto.

Their team-up has absolutely zilch to do with the 1933 rom-com of the same name, which is about a Canadian man and a British woman who, according to a peculiar will, stand to inherit a million dollars if they wed.

Deadline reports that both Hart and Statham are still in talks to join forces in the movie about a deadly assassin known as the “Man From Toronto.” Sony has scheduled the film to open on November 20, just in time for American Thanksgiving.

The plot follows a New York City screw-up named Teddy who is mistaken for the “Man from Toronto” when the two wind up in the same Airbnb. Antics ensue. Given the roles both actors are known for, we can assume Hart will play Teddy and Statham will throw his Transporter physicality into the assassin character.

Hart shared a couple scenes with Statham in the Fast & Furious spinoff Hobbs & Shaw. The comedian made a surprise appearance in that franchise opposite Dwayne “The Rock” Johnson, his co-star from the Jumanji franchise and Central Intelligence.

The Hitman’s Bodyguard director Patrick Hughes will helm The Man From Toronto, which is written by Robbie Fox based from a story by Fox and Jason Blumenthal.

No word on whether The Man From Toronto will actually shoot in Toronto, which has stood in for NYC plenty times.

And Kevin Hart has yet to respond to my tweet asking whether we’ll see cameos from Drake and The Weeknd. If you’re gonna make a movie called The Man From Toronto, that just feels like a given.