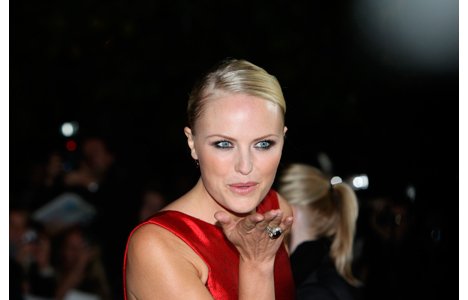 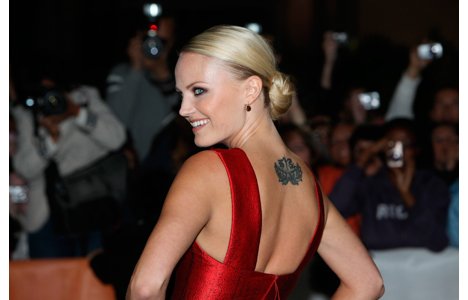 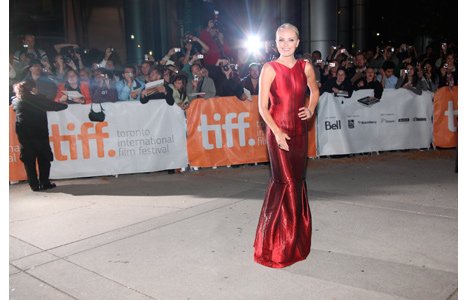 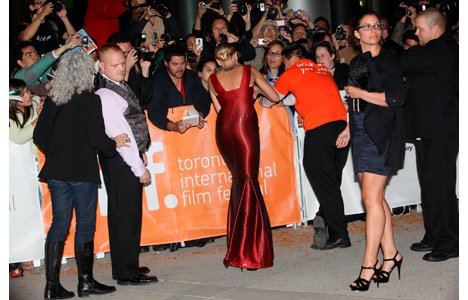 While festival party reports may read like they’ve been plugged into a blackberry during drunken cab rides home, there’s actually an art to covering the TIFF circuit. A scoop can come out of observing the most inane party moment or eavesdropping on deliciously daft conversation but teamwork is the trick.

Successfully spinning the scene depends on keeping your well connected publicist and movie industry friends close and the throng of social writers and photographers from competing outlets closer so they BBM you when Buried’s Ryan Reynolds rolls into the InStyle party.

Here’s who has been keeping me company through the festival frenzy and their top scoop so far this TIFF:

The Scoop: Colin Firth celebrating his 50th at the now evaporated Soho House spot on Spadina. Said Govani about Firth’s birthday candle moment, “I didn’t notice if he made a wish when he blew them all out in one wolfish blow, but might it … could it be … Oscar?”

Who: Jen McNeely, Shedoesthecity.com editor-in-chief and witness to my annual festival foot-in-mouth moment (commenting on the video gamer-like smell of a certain party’s guests not noticing that the event’s publicist was standing in earshot)

The Scoop: Sipping dirty martinis with King’s Speech’s Geoffrey Rush at Salvador Darling without realizing who the actor was until she got home and Googled him.

“Shit, if there was ever a moment where I lost all cred as a TIFF reporter – this would be it,” wrote McNeely.

The Scoop: Getting contributor Phil Birnbaum into the Hotel Le Germain party for YSL doc L’Amour Fou, a dream-come-true invite I could only, well, dream of.

The Scoop: Priceless tweets like “Patrick Watson is Melting My Ovaries at #JanieJones party at Horseshoe.”

Who: Fraser Abe, the TorontoLife.com writer most likely to be dressed like me at parties.

The Scoop: Former MP and businesswoman Belinda Stronach partying at Maison post amFAR gala with a shirtless man. In case you don’t believe him, there’s a grainy iPhone photo to prove it happened.

Even though Rabbit Hole’s Nicole Kidman blatantly ignored our suggestion she wear Greta Constantine to her Monday night premiere, we’re glad Malin Akerman got the memo that Kirk Pickersgill and Stephen Wong are two of our top red carpet dressmakers. The Bang Bang Club actress wore a custom-made, backless GC look to the InStyle event.

Speaking of the Bang Bang Club, buzz at the movie’s hot ticket bash last night was divided between actor Ryan Phillippe’s unexpectedly small stature and the luxury coach that transported the TIFF party people up to its Bridle Path locale.

“The last bus back to the city leaves at 3 am,” said one guest intent on squeezing in as many sausage rolls and celebrity sightings as possible without having to pony up $45 for a taxi ride home.