This Movie Is Broken 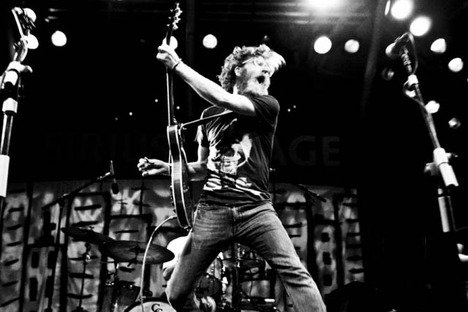 Written by Don McKellar and directed by Bruce McDonald, the agreeably loose This Movie Is Broken charts the relationship of two old friends (Georgina Reilly, who co-starred in McDonald’s Pontypool, and Greg Calderone) thrown together in Toronto on the day of last year’s free Broken Social Scene show at Harbourfront.

It’s not entirely a concert movie nor entirely a conventional feature, but the way the two modes weave in and out of one another is awfully endearing – and when they mesh up at a crucial point, the moment is as exhilarating as one of the band’s famous crescendos.

Some clumsy storytelling in the last reel spoils the pleasant buzz, but when it’s really cooking, This Movie Is Broken feels like it’s just a breath away from some new cinematic form.