Toronto battle rappers and bizarre auteurs are two of the highlights in this year's lineup, which still looks to offer some bloody good fun 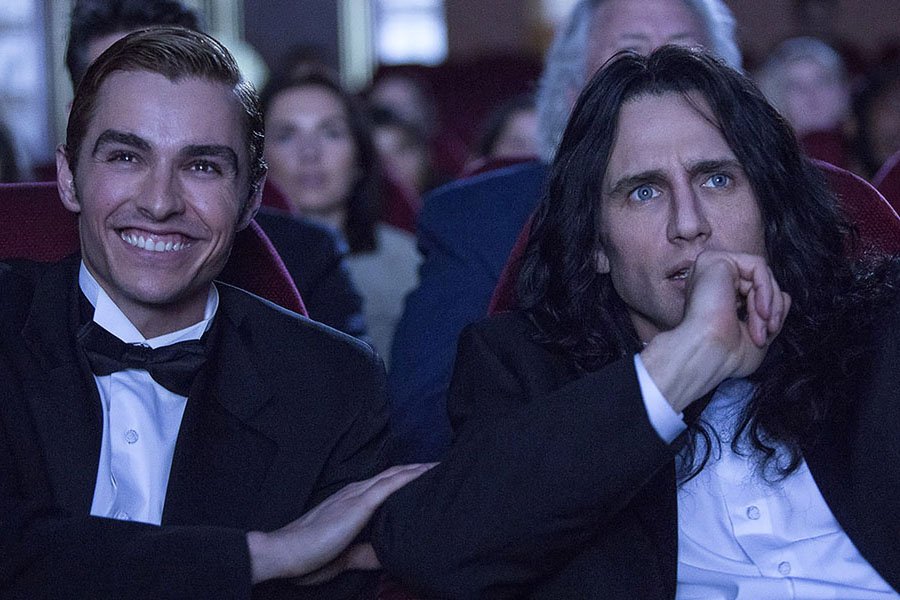 Bodied, based on the real-life story of Toronto battle rapper Alex “Kid Twist” Larsen, will open the Midnight Madness program of the 2017 Toronto International Film Festival.

Directed by Joseph Kahn (Torque, Detention), produced by Eminem and starring Calum Worthy as a grad student who becomes obsessed with battle rap after making it his thesis statement, the film will be the first Midnight title to play under the stewardship of Peter Kuplowsky, who took over the program after the departure of longtime curator Colin Geddes earlier this year.

But that is in no way all: this year’s lineup also features the world premiere of The Disaster Artist, James Franco’s dramatization of the making of The Room, starring Franco as the famously eccentric writer/director/star Tommy Wiseau (of course) and his brother Dave as actor Greg Sestero, from whose memoir this movie is adapted. The Disaster Artist co-stars Alison Brie, Zoey Deutch, Zac Efron and Seth Rogen (who also produced), which should guarantee the festival’s most memorable Q&A … especially if Wiseau comes to town.

Midnight Madness will also host the world premiere of Mom And Dad, starring Nicolas Cage and Selma Blair. The first solo feature from Brian Taylor, co-director of Crank and Gamer, it follows a brother and sister trying to survive an epidemic that turns parents against their own children. (I’m pretty sure Cage and Blair are the parents, not the kids, but you never know.)

Halifax filmmaker Seth A. Smith will premiere The Crescent, a psychological thriller starring Danika Vandersteen as a single mother trying to protect her young son from a mysterious threat at a seaside retreat. And French writer/director Coralie Fargeat brings her feature debut Revenge, starring Matilda Lutz (most recently seen in Rings) as a woman bent on avenging a violent assault.

The Midnight Madness announcement arrives on the heels of yesterday’s surprise revelation that Borg/McEnroe has been selected as TIFF’s 2017 opening night gala. Directed by Janus Metz (Armadillo) and starring Shia LaBeouf and Sverrir Gudnason as rival tennis pros John McEnroe and Björn Borg, it’s a left-field choice that no one saw coming – especially since festival co-director Cameron Bailey said just last week that the festival didn’t plan to name its opener until mid-August.

(Does that mean Xavier Dolan’s The Death And Life Of John F. Donovan will be this year’s Canadian opener? We’ll find out when TIFF announces its Canadian slate next Wednesday.)

Borg/McEnroe also makes this year’s festival decidedly tennis-heavy, given the announcement last week of Valerie Faris and Jonathan Dayton’s sports drama Battle Of The Sexes – starring Emma Stone and Steve Carell as Billie Jean King and Bobby Riggs – in the special presentations program. Maybe it’s just something in the air.

The longest title at this year’s TIFF has to be Jim & Andy: The Great Beyond – The Story Of Jim & Andy Kaufman Featuring A Very Special, Contractually Obligated Mention Of Tony Clifton, director Chris Smith’s look at how Jim Carrey approached playing late comic Andy Kaufman for Man On The Moon.